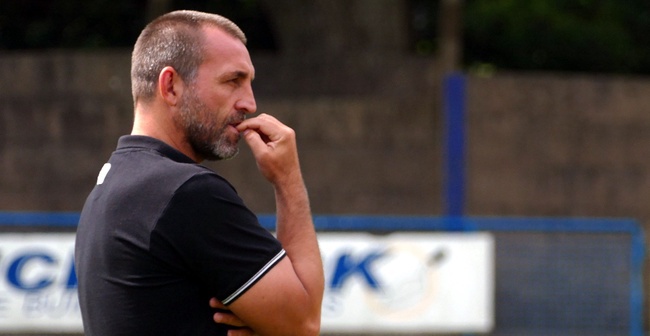 Scott Naylor felt his injury-weakened side failed to reach the squad's usual levels of performance in a 24-12 defeat by Doncaster in the new AB Sundecks 1895 Cup.

He fielded a much-changed side that included on -loan debut maker Harry Aaronson on the wing in his first game for the club after arriving from Swinton Lions.

Oldham were in the game at 6-6 until midway through the second half when Doncaster scored three converted tries in six minutes to book their passage into the last eight.

It ended a run of four wins on the spin for Roughyeds who must now regroup for next Sunday's return to Betfred League 1 action at Doncaster.

"We're not looking for, or making excuses, but our main goal this season is to finish top of the league. We don't want to fight our way through the play-offs if we can avoid it," said full-back Ritchie Hawkyard.

Naylor said: "I'm disappointed with the result, obviously. We didn't reach the levels we've been hitting recently and that's another disappointment.

"It might be due to the amount of disruption we had because of all our injuries or to the fact that a few of the lads were playing their first games for a few weeks.

"We let in some easy tries which isn't like us and in the first 25 minutes we conceded a lot of penalties (6-2 penalty count in Donny's favour at one stage), which I find astonishing.

"Anyway, we'll go again against the same opponents next week, this time in the league, when we'll be seeking the points to get us as far up the table as we possibly can."

Kyran Johnson, meanwhile, has revealed that he won't need surgery on his broken jaw and he could be back in six weeks.

He was injured when rising to collect a high ball in the 52-12 win at Keighley.

Winger Johnson said: "I remember jumping and challenging for the ball, but I don't know what happened next.  I just recall falling to the ground in a lot of pain."

He went to hospital in Wakefield, but from there was sent to Leeds, where he was kept in overnight for observation.

He added; "I was examined early on the Sunday morning and was told I wouldn't need surgery because my teeth were still properly positioned and hadn't been affected.

"I was assured that everything else  would else naturally and that I could be ready for contact again within six to eight weeks."