Schools and college to get multi-million pound expansions 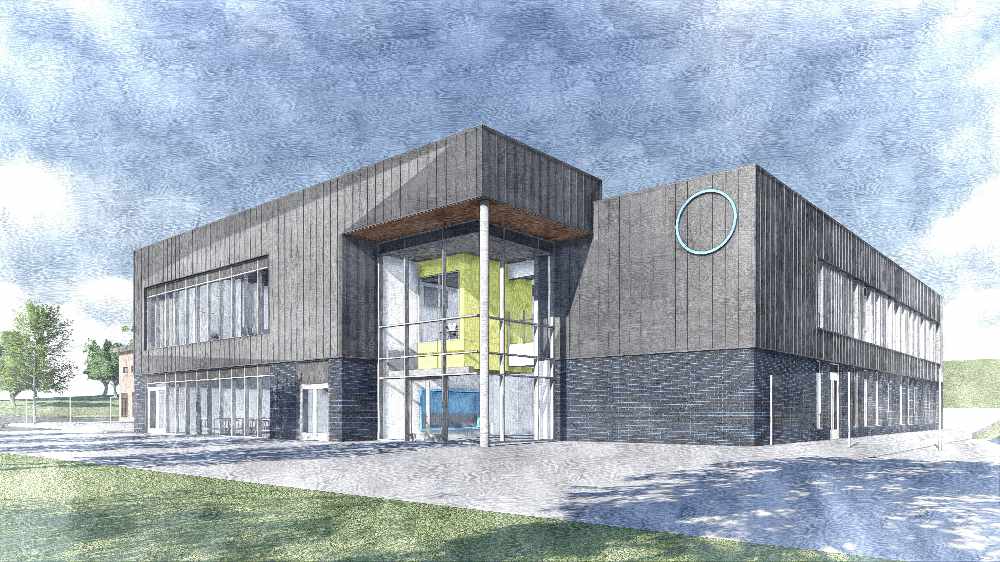 Schools and a college in Oldham will all be getting bigger after town hall chiefs gave a series of multi-million pound expansion plans the go-ahead.

Oldham College, Mayfield Primary School and North Chadderton High School are to get new facilities, including specialist classrooms and a multi-use games area.

The extensions are needed to meet a growing demand for educational places in the borough, and will see the numbers of students rise by hundreds.

However across the different plans there will be around 55 trees cut down to enable the new teaching areas to be built.

But the education providers are pledging to either plant more themselves, or front the cash for more trees in local parks.

All the applications were approved by Oldham’s planning committee this week (January 28), at a meeting described as ‘education night’ by chair Councillor Peter Dean. 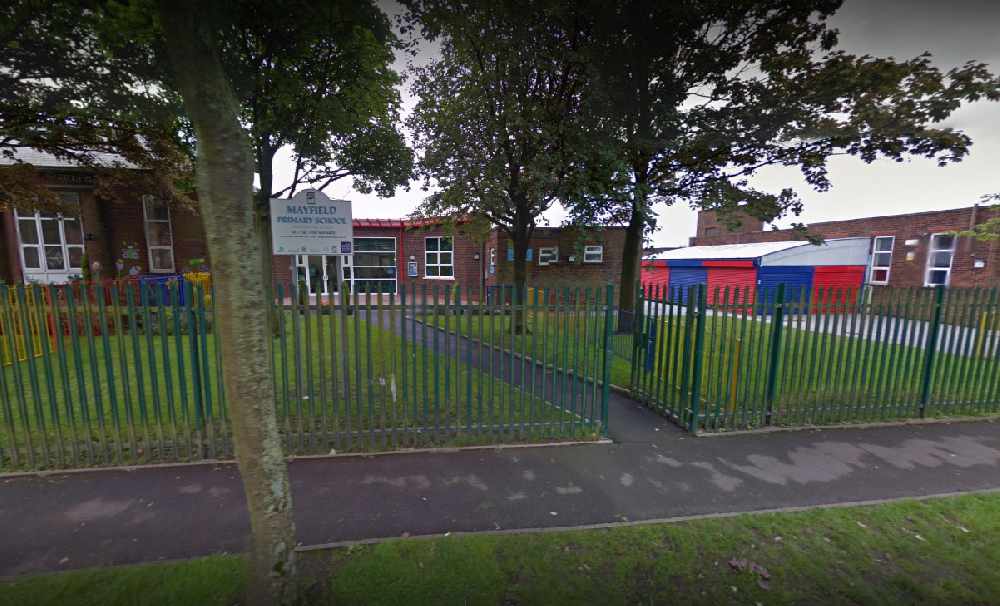 A hall extension filling the gap between existing buildings facing Mayfield Road and a nursery toilet block to the south-east elevation are also be constructed, as well as an extension to the dining hall.

The capacity of the school will double in size from 210 to 420 pupils and the number of full time staff would increase from 27 to 49.

A new all-weather multi use games pitch will also be built.

Planning officer Graham Dickman said: “There is an identified demand, and the education department have raised some concerns that if this development wasn’t to go ahead it would cause problems in the future with meeting that demand.”

However he told councillors that around 40 trees would have to be cut down as part of the development.

The school says that a ‘significant number’ of those trees are saplings that have been planted more recently, but mature trees will be cut down along Kingston Avenue.

The council’s policy for cutting down trees is that three should be planted for every one lost.

The Cranmer Trust, which runs Mayfield, has consequently committed £13,050 to planting new trees in the nearby Stoneleigh Park.

Agent Paul Howitt told the meeting that the saplings were on a designated playing field and ‘shouldn’t have been planted in the first place’.

“The trust believes that this investment will help build on Mayfield Primary School’s improving education performance and directly benefit the children within the immediate locality, and therefore by extension benefit the local community,” he said.

“All discussions with potential contractors have considered the residential setting and the concerns of residents which have been incorporated into the programme for development plans for the school.

“We believe disruption will be kept to a minimum and for the shortest time possible.”

The £3.4m plans to build new facilities at the secondary school on Chadderton Hall Road, which will see it grow by an extra 30 pupils per year group, were signed off by councillors.

The proposal is to built a three storey science block to the rear of the school, with two classrooms at each level.

And they will also extend the car park at the back fo the school, including relocating the existing lighting commons

Additionally, new stand-alone changing rooms and toilets will also be created at the front of the artificial grass pitches

And an extension to the third floor of the main school will be built to create a new library. 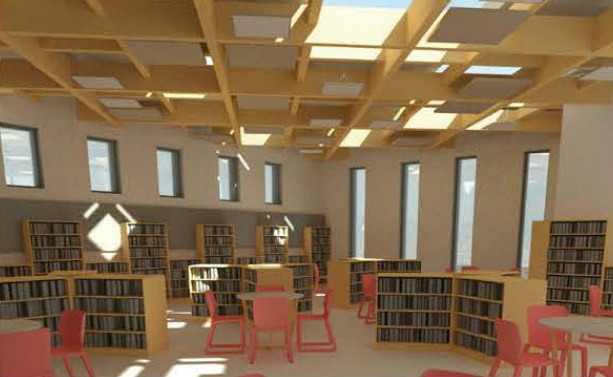 There had been one representation from a member of the public raising concerns about illegal parking on Kiln Hill Lane, Chadderton Hall Road and Kiln Hill Close which was blocking bus stops, driveways, and pavements.

Coun George Hulme asked whether anything had been done to work with the school to remind parents not to park up around the school.

Coun Barbara Brownridge, who represents Chadderton North ward replied: “We are well aware of the parking problem at not only North Chad but there is a primary school and a nursery across the road and it’s an absolute nightmare.

“And we have worked very hard and achieved absolutely nothing.” 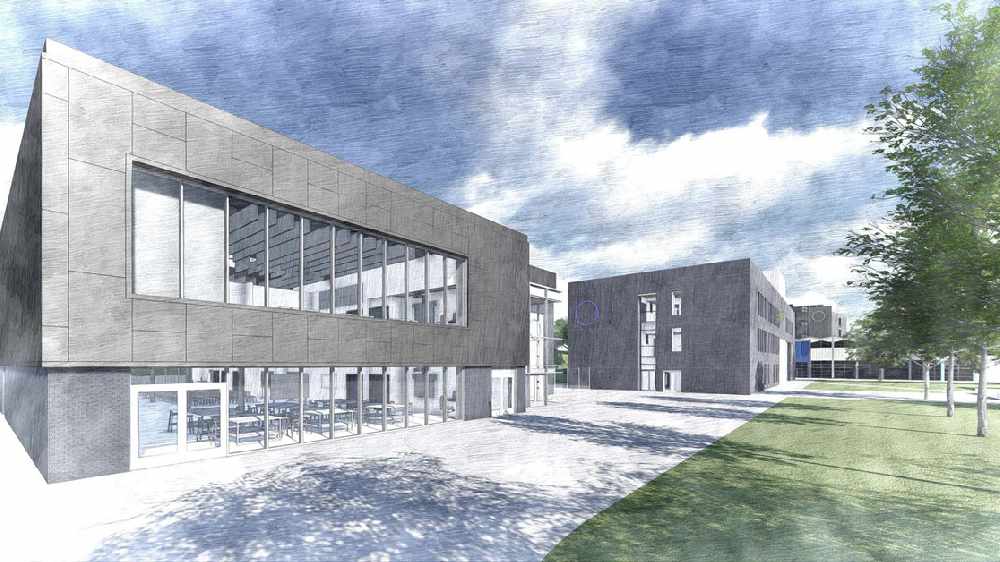 The £8.95m proposals to build a new two-storey building at the Rochdale Road campus were given the green light by councillors on Tuesday night.

The addition of a new construction skills centre will see the number of students rise by more than 250, as well as increasing the number of apprenticeships.

The development will also see the demolition of the existing Bevan and Bronte buildings on the college campus which have been identified as ‘obsolete’ for teaching use.

The proposed 2,345 sq m teaching building will replace an existing car park near the eastern edge of the site, and will comprise of large practical areas and workshops, six classrooms and an IT room.

Designed to teach technical trades, it will include facilities for practical plumbing and electrical work as well as flexible build spaces, testing areas, mobile workbenches and breakout and showcase areas.

Joinery and external brickworks areas will also be accommodated elsewhere on site.

Mr Dickman said the application was about ‘improvements for slightly older children’.

He added one of the issues had also been loss of 15 trees, but said that ‘there will be replacement planting on site in accordance with council policy’.

Coun Hulme moved that a condition be modified to increase the number of replacement trees from 30 to 45, which was backed by councillors.