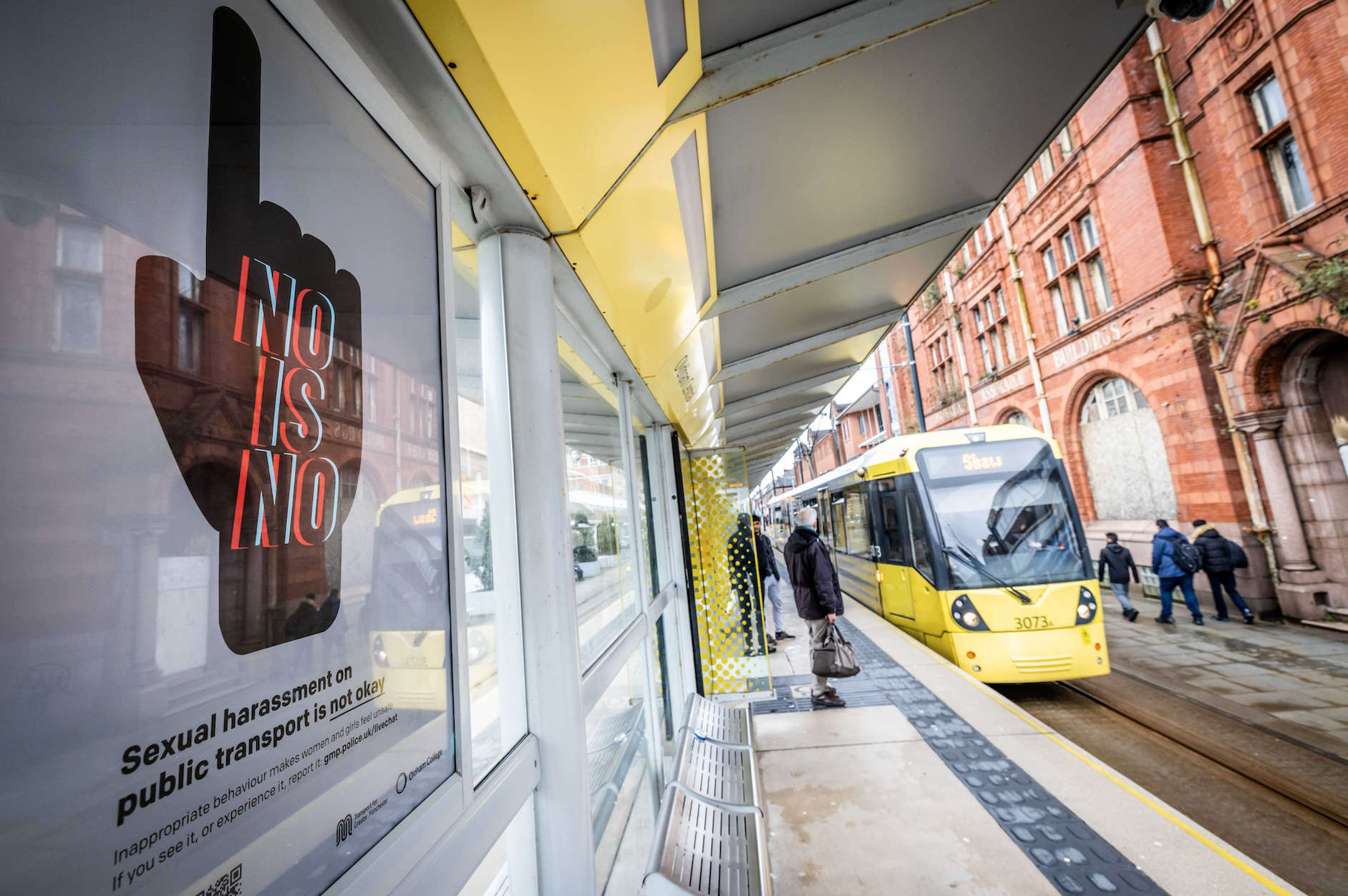 A programme that has led to a drop in offences on the public transport network in Oldham has been recognised for its approach to helping women and girls feel safer when out and about in Greater Manchester.

Launched in December 2021, Safer Streets is a half a million pound investment in a series of schemes launched and tested on the tram network and at key stops to respond to issues raised by women and girls.

The Greater Manchester Combined Authority (GMCA) says this has resulted in a 19 per cent decrease in overall incidents on and around the Oldham Metrolink, with an average 25 per cent month on month reduction in female victim offences. There has also been a 600 per cent increase in incident reporting on the Metrolink.

This success has been recognised at the iNetwork Innovation Awards on Thursday 19 May.

The awards showcase innovation across the public sector and the Safer Streets programme scooped the Transforming and Innovating Public Services Award.

The programme has included:

Between 18 January 2022 and 24 March 2022, there were 70 incidents across all Metrolink stops within Oldham. This is 17 fewer incidents than 1 October to 17 January, when there were 87 incidents. The current data suggests that there has been a 19 per cent decrease in incidents.

Of the 70 incidents, 14 per cent (10 incidents) have occurred against women and girls. On average, female victim offences within the Oldham Metrolink system have decreased 25 per cent monthly.

Deputy Mayor for Policing, Crime, Criminal Justice and Fire, Bev Hughes, said: “It’s fantastic news that the Safer Streets programme has been recognised for our innovative approach to tackling the issues of street harassment and safety, raised by so many women and girls.

“The success of these interventions, which have seen a reduction in incidents and an increase in reporting, is testament to our strong partnership working and the support of local people. I want to say thank you to all the partners involved in this project and I look forward to seeing how we will build on this.

“Importantly, I hope passengers, particularly women and girls, now feel safer and more confident when on and around the Metrolink and are reassured that their safety is our priority.”

Sayyed Osman, Deputy Chief Executive of Oldham Council, said: “This is superb news and is a result of the hard work and dedication put in by our staff and partners.

“As a council we are committed to ensuring our communities feel safe when they are out and about, including when they use public transport.

“Over the last few months our Youth Service and the Oldham Street Angels have carried out some great work as part of the Trusted People initiative, offering reassurance, and providing a friendly face, to people of all ages.

“In addition to this, we’re currently in the process of installing 51 CCTV cameras at locations around five Metrolink stops near the town centre to help passengers and residents feel safer and more confident when using the local tram network.”

Kate Green, TfGM’s TravelSafe Partnership Manager, said: “I am delighted that the Safer Streets has achieved this recognition as the measures it has funded have made a real difference in our efforts within the TravelSafe Partnership to make public transport safer for everyone, but particularly women and girls.

“The scheme has paved the way for extra training for staff to spot and respond to inappropriate behaviour towards women and girls, while also allowing local students to design posters raising awareness of these unacceptable behaviours which are now displayed across the network.

“Passenger safety is our number one priority, and we want everyone to feel safe and confident when using public transport. We will continue working with police, transport operators and other partners to introduce new interventions to keep our networks as safe as possible.”

The Safer Streets programme has also been celebrated an event hosted by Oldham College. The Safer Streets festival, included showcasing the poster campaign, a performance around gender-based violence and was an opportunity for partners to come together with the students to reflect and celebrate the success of the programme.

This work is part of the city-region’s long-term strategy to end gender-based violence.

Deputy Mayor Bev Hughes adds: “The Safer Streets fund pilot schemes are just the first steps in delivering Greater Manchester’s10-year Gender-Based Violence Strategy to enhance the safety of women and girls, while preventing gender-based violence from happening in the first place and challenging the attitudes and inequalities that enable it.”