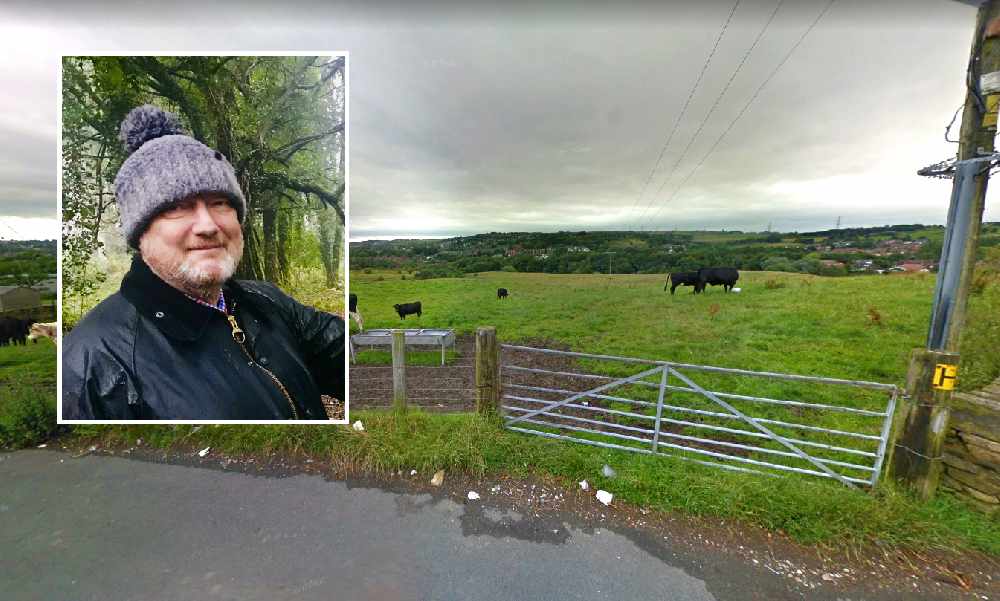 Tearing up the countryside in Saddleworth for housing is ‘exactly the same’ as destroying the Amazon rainforest say campaigners, as they prepare to launch a legal challenge.

Protestors have raised £20,000 in just three weeks towards overturning a controversial decision to build hundreds of new homes on green land off Knowls Lane at Springhead.

The Save Our Valleys group hope that by funding a private judicial review, the permission granted by the council on July 1 for 265 homes and a new link road will be struck down.

Saddleworth councillor Garth Harkness had branded that chaotic planning committee meeting as the ‘worst’ he had ever attended.

Campaigners believe that official procedure on the night was not followed, and approval was ‘pre-determined’. But Oldham council leader Sean Fielding said following an investigation, the authority are ‘satisfied’ that all procedures met legal requirements.

He added that developments are in their ‘best interests’ to deliver ‘good quality homes’ for local communities.

Around 2,500 people had originally objected to the plans to building a road linking Knowls Lane and Ashbrook Road, which developers Russell Homes said would help bring £11.3m into the local economy.

Half of the 15-hectare site was already allocated for housing, but the rest was deemed ‘other protected open land’.

Builder Paul Errock, who lives in Grasscroft, told the Local Democracy Reporting Service that they are committed to fighting against the ‘destruction of their green land’ in court.

“We keep seeing on the TV what’s going on in Brazil, the fires and churning up acres and acres of trees in the Amazon, but we’re doing exactly the same here,” he said.

“Beauty spots and wildlife habitats are disappearing, and the fact that there are enough brownfield sites in the UK to build a million houses without touching the countryside – it’s insane.

“I get that we need houses and we need to develop but we are not giving thought to what we are losing by just ripping up the countryside.

“What are we going to leave our children and grandchildren? I am not an eco-warrior but it does concern me. At least we are trying to do something about it and there are a lot of people who have really got behind Save Our Valleys campaign, and it’s not stopping.”

Mr Errock said they have engaged law firm Irwin Mitchell, who have already sent a letter to the council warning of the intention to launch a judicial review.

A judicial review is the process of challenging the lawfulness of decisions of public authorities, but is not a re-run on the merits of the decision. But campaigners expect they have to raise between £25k and £50k to finance the entire legal challenge.

They have so far managed to raise the cash through fundraising events, including a ‘party at the pavillion’ at Grotton, with bands and a live orchestra, and a beer walk.

The group also launched the ‘200 club’ which asks people who feel passionately opposed to the development to donate £200.

The 59-year-old added: “We were really pleased that we raised that money so quickly. Signing a petition won’t stop it, your MP won’t stop it. There is only one way you can stop it and that’s through the courts. Irwin Mitchell have said they think we have a very strong case.”

Stephen Hewitt, Labour councillor for Saddleworth West and Lees, is also backing the campaign, and said the planning meeting to pass the Knowls Lane application had been ‘farcical’.

He said: “We have engaged solicitors and we are in conversation with a QC, we are in a good place and we are confident that we will win a judicial review. It’s not just the open protected land, it’s the way the process was dealt with right from day one. It was just railroaded through.”

But councillor Fielding said planning officers and committee members are ‘working hard to improve the borough’.

“In a democratic society people have the right to voice dissent on decisions they disagree with,” he added.

“However, a thorough investigation into the processes was carried out and we are satisfied that all procedures were correctly followed in line with legal requirements. The decisions taken by the planning committee stand as we believe the developments are in our best interests as they deliver good quality homes that are very much needed by our local communities.

“Oldham has a housing need, like other towns and cities across the country, which is set by central government, which says 692 homes must be built ever year – so doing nothing is not an option.”

Russell Homes declined to comment when contacted by the LDRS.