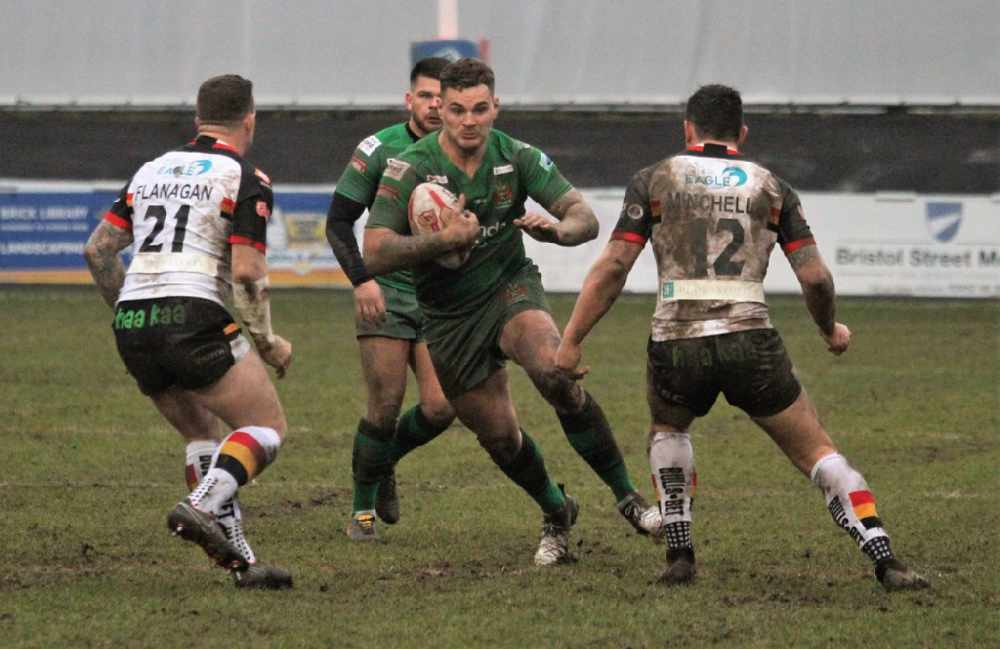 Dany Bridge marked his return to rugby after a nine-month RFL suspension with a try, several try assists and a quality performance that was quite remarkable given the length of his ban.

This was his first game since last July, but for the  most part he looked as though he had never been away.

With Danny Langtree on the right edges and Bridge on the left, this was like the Oldham of old; Langtree in his second appearance since returning from Super League outfit Hull FC and Bridge on his season's debut after clearing his ban.

"It was good to be back and to get this first one out of the way," said Bridge (26), whose second-row partnership with 'Langers' in the early part of last season was viewed by many pundits as the best outside Super League.

Fans thought they had lost the peerless pair for ever when Bridge got his long ban and Langtree ultimately moved up to Super League with Hull but here they are together again in Oldham colours and Roughyeds look all the stronger for it.

"It was good to see them both on the pitch again at the same time," quipped head coach Scott Naylor, who clearly has high hopes of what these two quality forwards can bring to the Roughyeds' party.

Langtree is home and Bridge is back in the frame just in time to lift the side ahead of the first round of the new 1895 Cup this weekend.

Oldham are at home to Betfred League one leaders Whitehaven on Sunday (3pm)  whose only defeat was at the Vestacare Stadium in February.

This relatively easy run-out in Llanelli will have blown away the cobwebs of those consecutive defeats by Newcastle Thunder and Hunslet and hopefully restored confidence and self-belief.

The Welsh weren't the strongest or most experienced of opponents but as Roughyeds captain Gareth Owen remarked: "You can only play who's put in front of you.

"We needed a positive response after what happened against Hunslet and we certainly got one."

Roughyeds were 24-0 up by midway through the first half. They led 44-4 at half-time and finished the game with 14 tries in total scored by Liam Bent (2), Harry Maders (2), Zack McComb (2), Ritchie Hawkyard (2) Jack Holmes (2), Bridge, Paul Crook, Titus Gwaze and Langtree.

On a day when South Wales was smashed by a fierce westerly and occasional heavy downpours, goal-kicking was difficult, but Crook managed eight from 13 attempts to put his colleagues in just the right mood for the tough challenges that lie ahead.