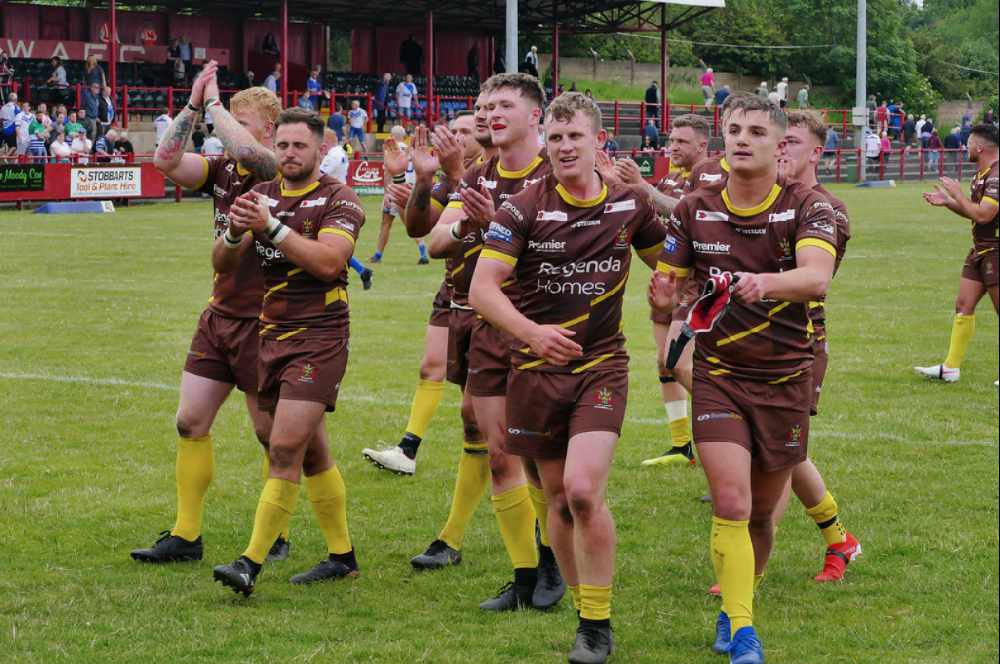 Scott Naylor's Oldham took a giant step towards the Betfred League 1 title -- and automatic promotion --- when they won at Workington and and five miles down the West Cumbrian coast leaders Whitehaven were turned over by mid-table North Wales Crusaders.

Had those results gone the other way, which many thought they would, Roughyeds would have trailed the leaders by five points.

But with eight games to go they're now only one point behind with a far superior for-and-against difference and a crucial, and possibly decisive, clash at the Recreation Ground beckoning on Sunday week, July 7.

This weekend Whitehaven go to London Skolars on Saturday -- a tough ask -- and third-placed Oldham are at the Vestacare Stadium on Sunday (3pm) against a bottom-of-the-table West Wales Raiders side which has been hammered in each of its 12 league games this year.

Hunslet, in second spot, have a blank weekend so there is every chance that by Sunday evening Oldham could have hit top spot for the first time this season.

It's all down to that win at Workington in which scrum-half Dave Hewitt kicked five goals from five attempts and dodged and darted his way over the Town line for a superb solo try with the game only three minutes old.

Second-row man Danny Langtree scored two tries and set up another for full-back Ritchie Hawkyard in a brilliant man-of-the-match performance.

'Langers' worked his magic out on the right while his fellow second-row forward Danny Bridge combined effectively with winger Harry Maders and debut-making centre Cameron Leeming to produce a lethal strike force out on the left.

Bridge was sin-binned for dissent early in the second half but, that one discretion apart, he gave a quality performance that challenged the Cumbrians right across the full width of the Borough Park pitch.