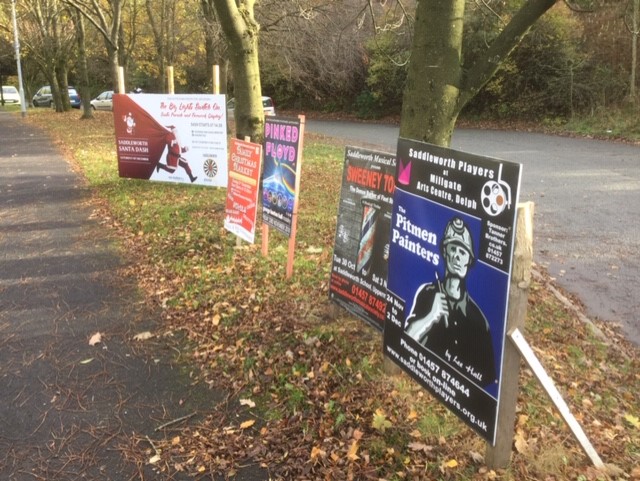 The move was made by enforcement officers after complaints about the size of the signs, some advertising local charity events and others commercial ventures.

The signs appear on council land at three locations: near a traffic island at Dobcross New Road opposite the Limekiln Cafe; the bottom of The Sound, Huddersfield Road, Delph; and next to the Royal George, Greenfield.

The signs caused hotly disputed arguments on social media, with people torn between the posters benefiting local good causes and other railing against them being a traffic issue for motorists and pedestrians.

Now the Saddleworth and Lees District Team have sent a community wide note saying: “We have been made aware Oldham Council Environmental Enforcement Team have removed all signage from the three agreed locations in the district as a result of numerous complaints.

“We understand many of the signs did not comply with the guidance issued earlier this year and as a result the arrangements are to be reviewed again.

“Signs have not been destroyed and can be collected. Please contact the District Team office on 0161 770 5195 in the first instance.” 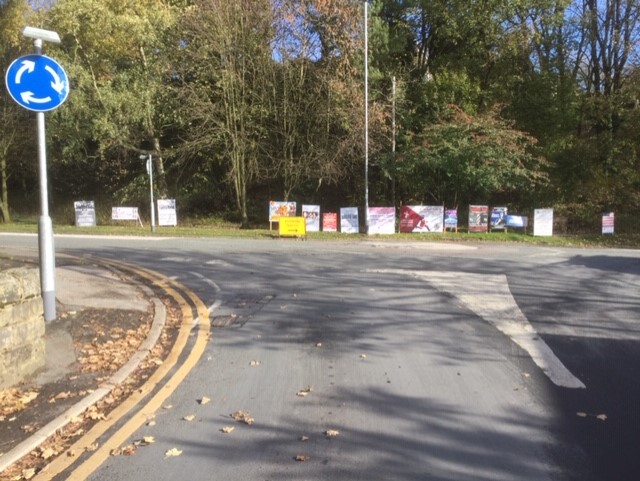 The team enclosed a copy of the guideline and stressed the original posters and signs could be collected intact.

A spokesman for Oldham Council said: “For years we’ve allowed people to put up their signs to promote event at these sites. The understanding is that the ads will be taken down once the event had been on. We’re happy for this to continue.

“Recently we’ve received a number of complaints about the size of the signs. When our officers checked they were found to be too big in size under national planning laws, not the council’s.

“Guidance was issued earlier this year and signs were removed and taken to our depot. Many have now been picked up.

“We are now looking to put information up at the sites letting people know what size signs can be installed. If any go up that are oversize, then people can have no complaints if they are taken down.”