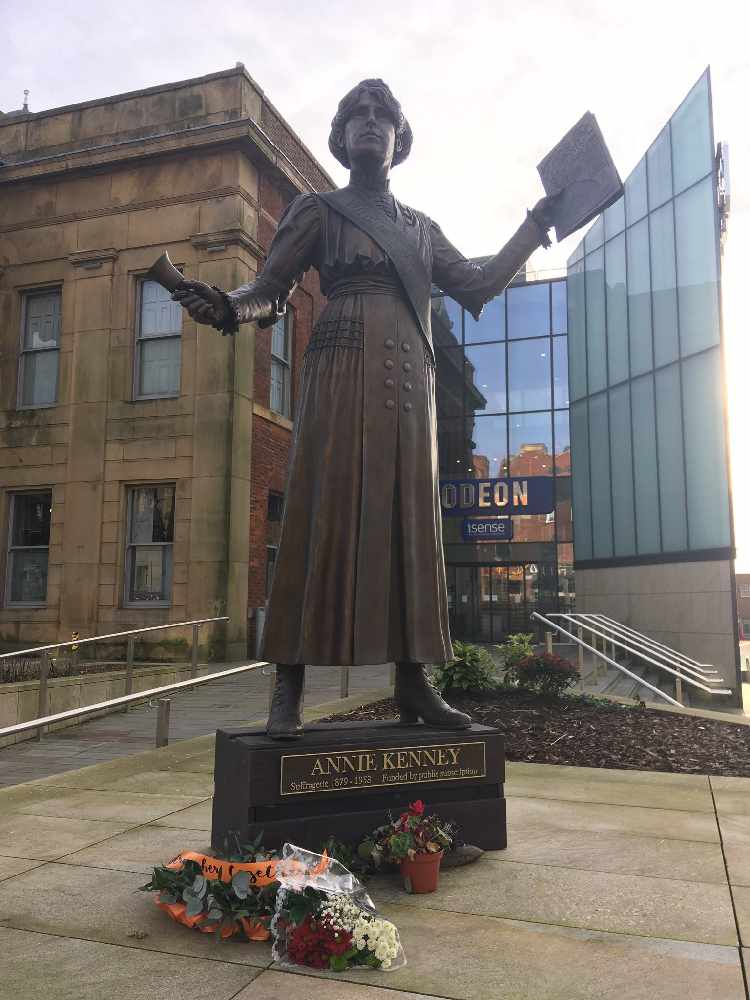 Council chiefs are to carry out a review of statues and monuments in Oldham in light of Black Lives Matter protests to 'understand their history and context'.

Worldwide demonstrations were sparked by the death of George Floyd in the United States after a police officer knelt on his neck for more than eight minutes while arresting him.

Marches took place across the UK with protestors taking to the streets to challenge domestic systemic racism and police brutality.

Bosses also now want to launch a review looking at the kinds of people being memorialised in statue form in the borough.

It comes after campaigners challenged the existence of statues which they say venerate people responsible for colonial oppression, racism and slavery.

A town hall spokesman said: “The council is reviewing all the statues and historical symbols in the borough so we can understand their history and context.

“Oldham has a rich history, and who we remember gives us a deeper understanding of our past.”

Council and Labour group leader Sean Fielding has written to the leaders of the Liberal Democrat and Conservative parties in Oldham to propose a cross-party working group to ‘look at the important people of the town who are celebrated and memorialised’.

In Bristol earlier this month the statue of Edward Colston, a Bristolian merchant and slave trader, was dramatically toppled and dumped in the harbour by protestors.

Other statues, including Victorian imperialist Cecil Rhodes in Oxford, have come under fire, with Oxford’s Oriel College voting in favour of removing it from the campus.

And in London the words ‘Churchill was a racist’ were daubed on the base of the former prime minister’s statue, which led to it being encased in a metal box to protect it from further damage.

It prompted a series of counter protests where self-appointed ‘statue defenders’ and far right activists turned out to ‘protect’ monuments from being vandalised and led to clashes with the police in London.

Liberal Democrat Councillor Howard Sykes had previously petitioned the council for a statue to be erected of Winston Churchill in Oldham, a constituency he represented for six years in parliament after winning the 1900 general election.

But instead a blue commemorative plaque in his name is currently fixed to Oldham town hall, near to the steps where Mr Churchill gave his first speech.

The most recent statue addition to the borough was a bronze sculpture of Oldham suffragette Annie Kenney, which was unveiled outside the old town hall in December, 2018.