Quirky grass-topped 'earth houses' could be built in the countryside 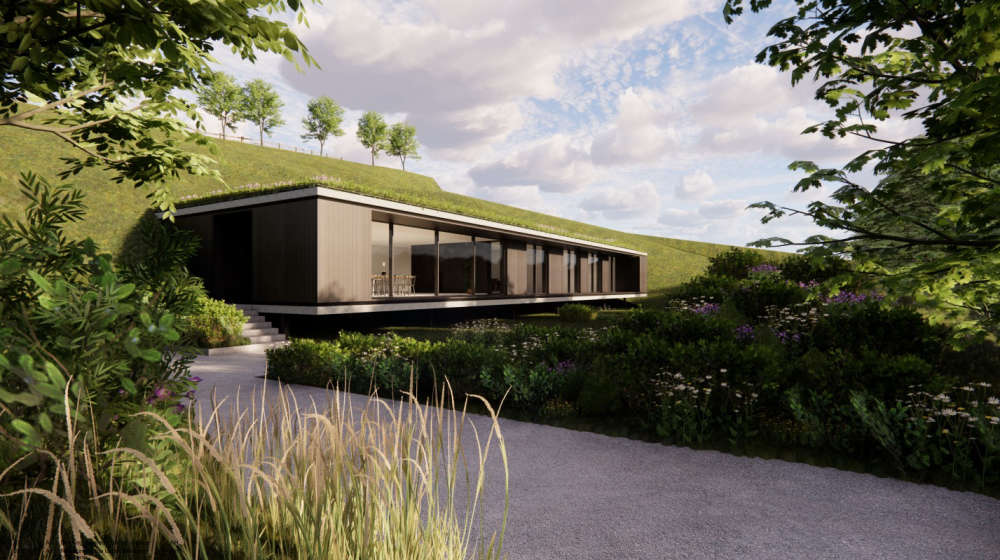 Plans for two 'earth houses' have been lodged which could be constructed in the green belt land in Saddleworth and Oldham.

Two residents have applied to Oldham council to build homes on protected land in Strinesdale and Diggle.

The Saddleworth plan would see a grass topped ‘earth sheltered dwelling’ created in a field off Carr Lane, which is currently divided into two paddocks and used for grazing horses, with a stable on site.

The land around the site is also agricultural land and moorland, and there are ‘strong views’ towards the Peak District national park.

According to the planning documents submitted on behalf of applicant Mr Kershaw, both the three bedroom house and garage would be ‘partly subterranean’ and surrounded by ‘earth bunds’.

A visual impact assessment of the proposals submitted with the application concludes that there would ‘low adverse’ landscape change from the development.

“There would be extensive native tree and shrub planting which would extend into the paddock, north of the new dwelling,” it states.

“Other landscape features will improve the biodiversity of the site and its surrounds.

“Despite this it is probable that a minor visual impact will remain, particularly to pedestrians on the A670 Standedge Road and to those using public rights of way, east of the site.

“This effect will diminish greatly when the site is viewed from a distance and as the landscape structure matures.” 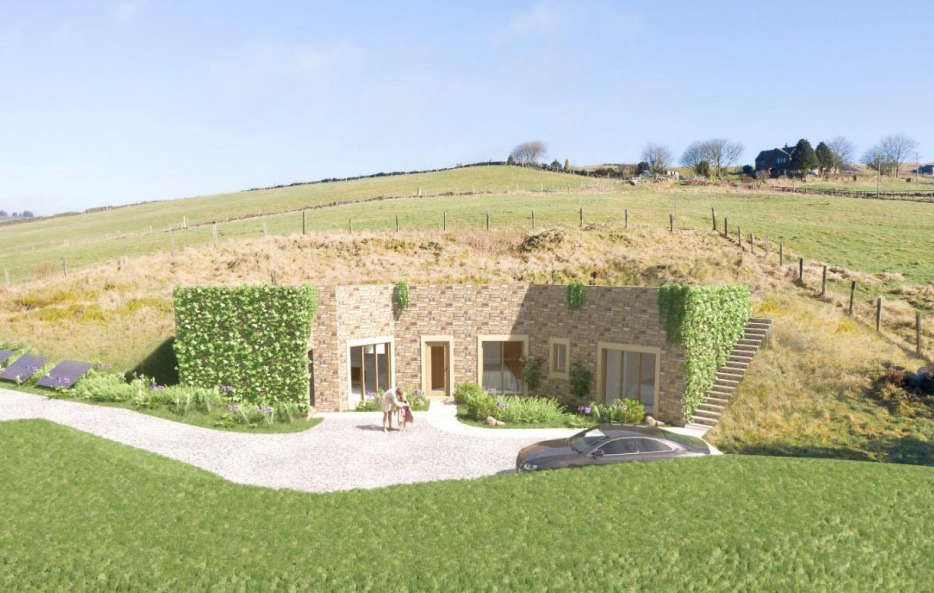 A similar proposal has been submitted for land on Primrose Hill to the north eastern side of Roebuck Lane in the rural area of Strinesdale.

This would see a two bedroom house built partly submerged into the landscape, which the planning documents say is unsuitable for grazing due to ‘hidden depressions’ in the land.

A previous plan for a stable block on the site was refused in November 2017.

The applicant, who lives in Windy Harbour Farm currently and owns the land, says they wish to build a ‘modest’ single story house on the ruins of Primrose Hill Farm which would be ‘purpose built to facilitate independent living in older age’.

This would allow them to remain near to family in a location they have lived in for 36 years.

She adds: “I have become increasingly excited by the prospect of creating a contemporary, innovative and beautiful home which will have minimal impact on the immediate landscape and the wider environment.”

Supporting documents state that the house would be designed to be ‘high energy efficient to follow the low carbon agenda’, and have two parking spaces.

“The dwelling will fulfil the applicant’s desire to pursue a different way of life. The imaginative and innovative design, and the materials to be used, will have a positive impact by drawing attention to its uniqueness and to the area in which it is located,” the design and access statement reads.

“The proposal should not have an adverse impact on the amenity of nearby residents, in terms of privacy, visual intrusion or noise and disturbance, and will be largely hidden from view from the public domain and the wider landscape.”

There have been three objections and one supporting letter submitted against the application.