For the third year in a row, officers from Greater Manchester Police held a 13-hour charity sports challenge to raise money for Mahdlo Youth Zone in Oldham.

Mahdlo is a state-of-the-art Youth Zone in the heart of Oldham, which relies on donations, grants and community fundraising, to provide activities and support for young people.

There were 13 different teams including local junior schools and sports clubs from across Oldham.

GMP’s Chief Constable Ian Hopkins also showed his support by participating in one of the rugby matches. 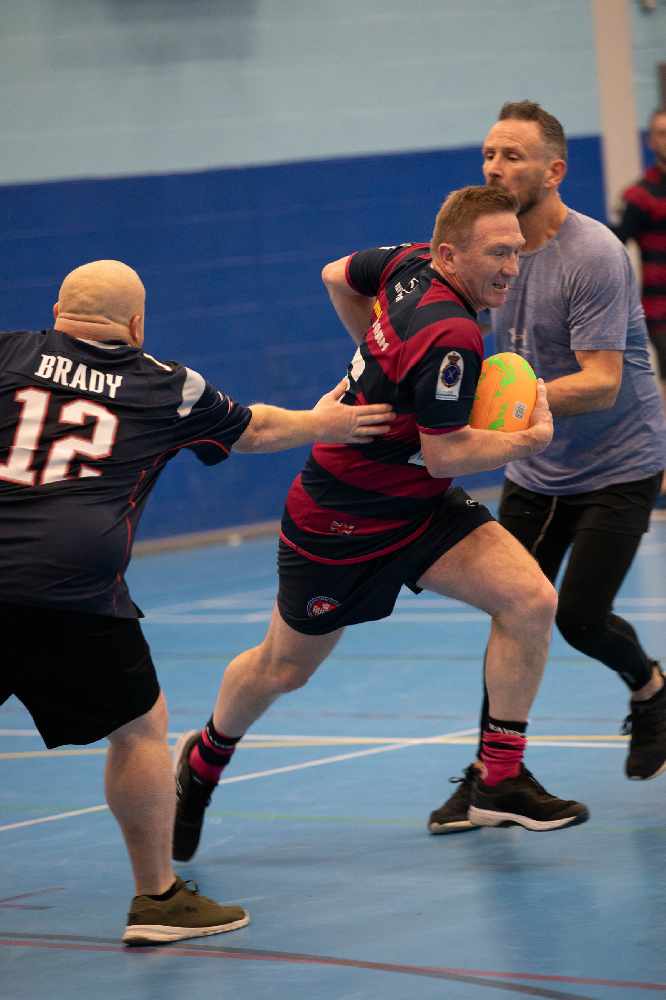 PC Damieon Hartley-Pickles, from GMP’s Oldham Division, said: “This was a true test of my stamina and as we got to the end of the 13-hours, I could hear my bones creaking.

“Our team consisted of players from GMP’s rugby league team as well as family, friends and associates linked to the Oldham Division. It was a hard slog but thinking about the charity and all they do to support our locations communities spurred the teams on.”

GMP’s Inspector Danny Atherton added: “I would like to say a big thank you to everyone involved and who supported the event.

“I extend a special thanks to some fantastic GMP members of staff – Sophie Sowerby, Paula Isaacs and PCSO Suzanne Pealin who created the brochure for the challenge and also managed to persuade a number of local businesses to support the event.”