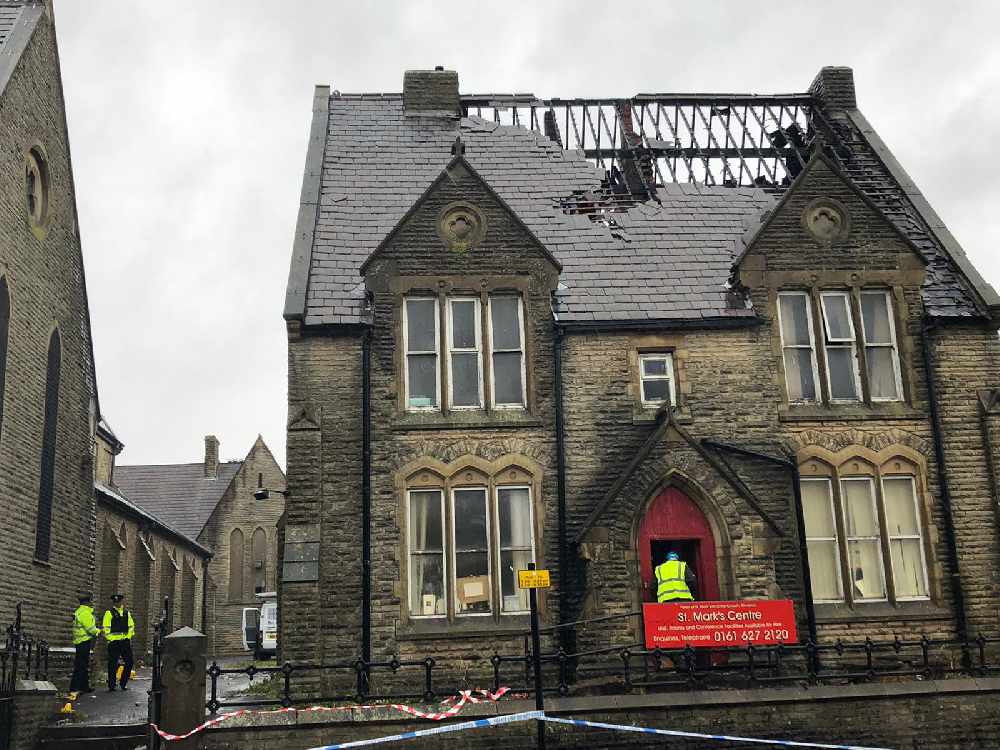 Police have confirmed they are treating a fire at a disused rectory building in Glodwick as arson.

Emergency services responded to reports of the blaze at a three-storey building next to St Mark with Christ Church on Glodwick Road at around 9pm on Thursday evening (26 September).

Fire crews from Oldham, Chadderton, Hollins, Blackley, Heywood and Mossley worked throughout the night on Thursday to bring the blaze under control and eventually extinguish the flames.

Nobody was inside the building at the time and no-one was injured.

There was no damage to the main part of the church but the community centre next door sustained damage, as shown in the short video below captured by our photographer Nigel Wood.

Emergency services remained at the scene throughout Friday to investigate the cause of the fire and police have now said they are treating the incident as arson.

They want to hear from anyone who may have any information about the fire and how it started.

Detective Sergeant Jason Byrne, of GMP’s Oldham District, said: “I would like to reassure those affected that we will do all that we can to bring those responsible into custody.