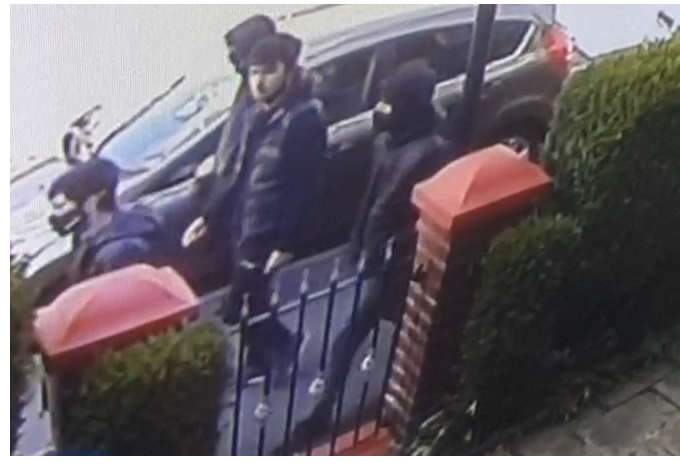 Investigators have issued an image of four men they want to speak to about the burglary.

Detectives in Oldham have released an image of four men they wish to speak to in connection with a burglary at an address near Werneth Park in May.

Greater Manchester Police were called to an address on Lacrosse Avenue shortly after 6pm on Friday 7 May to a report of four men - one wielding a baseball bat and another holding a flick knife - entering the property and making threats.

The occupant of the address - a man in his 20s - was struck twice to the back of the head with the bat and required medical attention for two large, deep wounds.

During the ordeal, the offenders made demands and used the knife to threaten the victim before they made off with a PlayStation4, Louise Vuitton bag, jewellery, clothing, aftershaves and the victim's bank card, totalling a cost of between £700 and £800.

GMP say no arrests have been made and, following 'extensive enquiries' from Oldham CID investigators, including forensics and CCTV trawls, officers have now released an image of a group of men they are interested in discussing the incident with.

Detective Constable Mike Radcliffe, of GMP Oldham's CID, said: "It's important that we catch the culprits of this appalling act of violence and by releasing the image of these four men we want to speak to as part of our investigation I hope it may get us closer to catching those responsible.

"The place where people should feel safest is in their own home and we are doing all we can to ensure the offenders are taken off the streets and brought to book for these crimes."