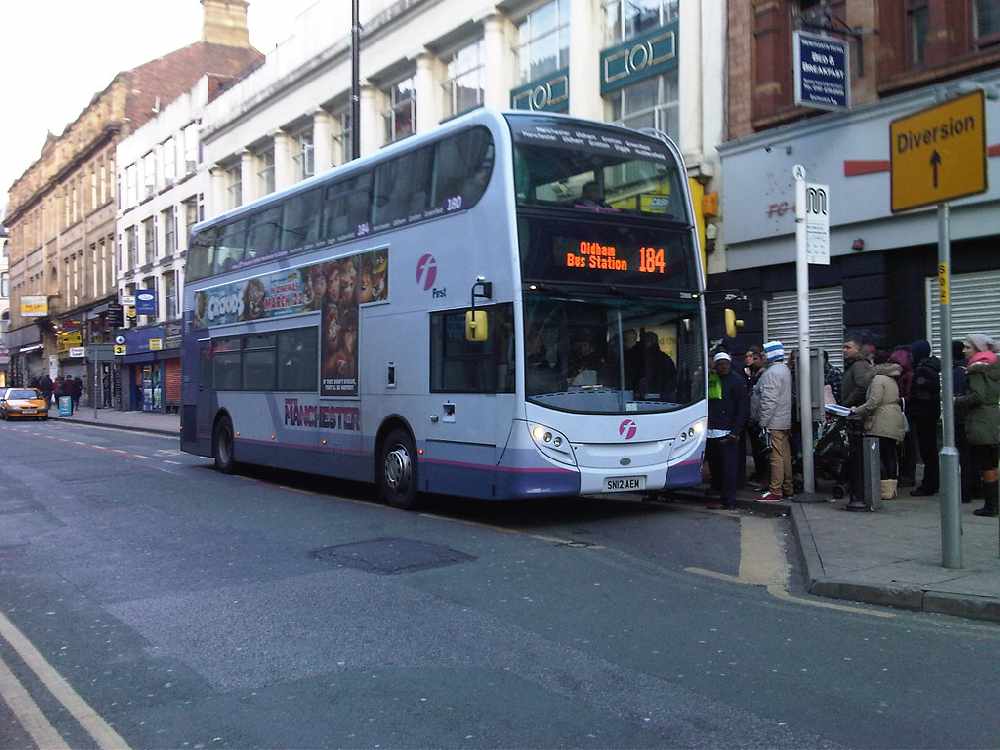 Cllr Max Woodvine will ask Saddleworth Parish Council to endorse his motion at their full meeting next week.

He is targeting First Bus, Transport for Greater Manchester and relevant parties to halt changes to the 180 and 184 services.

His move comes after concerns were raised by the management team and Oldham Sixth Form College after proposed new timetables, which will see greatly reduced services.

Cllr Woodvine, who is 18, was elected as a Conservative councillor for Saddleworth,  and is himself a student at Manchester Metropolitan University.

He said: “The main aim is being to voice the opinions of Parish council regarding the amended timetable.

“But also it’s to contribute constructively to the GM consultation on proposed bus services, to and from Saddleworth.

“I have proposed the motion because First Group have announced amendments to its service timetable which see the 180 and 184 services greatly reduced.

“This decision by First will have a negative impact on the residents of Saddleworth villages - especially younger residents who use those services to travel from or to school or college in Oldham.

“Many young people from Saddleworth are in education at Blue Coat School and OSFC.

“The decision to reduce the frequency of these services will undoubtedly impact negatively on their attendance, punctuality, engagement and achievement in all villages served by the 180 and 184 bus services.”

“My constructive proposals to the consultation is to reroute the 180 and replace the 184 completely with the newly proposed 84 service.

“In my opinion the 180 should be for students and shoppers going to Oldham and the 84 should be for commuters and workers heading to Manchester, in a rush.

“I hope the parish council will adopt these and put them forward to First and TfGM.”

It will be discussed at Saddleworth Parish Council’s latest meeting, which will take place on Monday (October 28) at Uppermill Civic Hall on Lees Street.