Plans to demolish the former TJ Hughes store to pave the way for Oldham's new market have been lodged.

The council bought the Spindles Town Square Shopping Centre in November 2020 for £9.5m, and then purchased the lease of the Topman shop unit for a further £300k.

Bosses have now applied for prior approval to knock down the vacant TJ Hughes discount store, which fronts onto Parliament Square, ahead of full plans for the relocated Tommyfield Market being submitted.

Under the outline business case plans, which were agreed by cabinet in July, Tommyfield Market will move from its existing site on Henshaw Street into a space in Spindles.

The new market will stretch from Town Square through the former TJ Hughes Unit and extend into Parliament Square.

Bosses say the space will be ‘completely redeveloped’ to provide a ‘purpose-built’ new market.

It will include a retail market, accessed from inside the shopping centre at the mall level, and on the ground floor linked to Parliament Square a new food hall is proposed to be created featuring food and drink from Tommyfield traders. 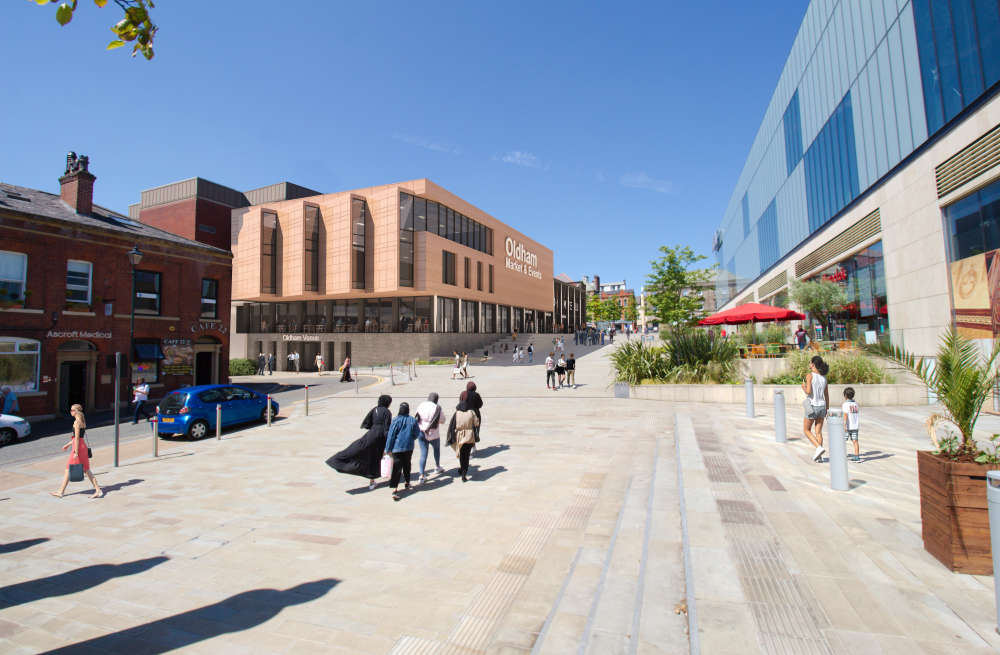 Above the new market hall, the authority is proposing to create a larger, split-level events venue which will be used for private and public functions.

Documents submitted with the demolition application on behalf of the town hall state: “Changes to the way people shop and retailer requirements have led to a number of vacant units within the Spindles Shopping Centre, including the former TJ Hughes premises.

“In order to utilise the space in the best possible way it is proposed to relocate the council offices and the Tommyfield Market to redeveloped space within the centre.”

To make Spindles Shopping Centre a ‘destination within the town centre’ bosses say they are proposing to demolish the TJ Hughes store and replace it with a new build extension, which will have an entrance facing onto Parliament Square.

The prior approval application for demolition will allow for enabling works for construction to begin in the first quarter of this year.

The shopping unit will be demolished back to the original building envelope, made weather-tight and then surrounded with construction hoardings.

If approved demolition would start in March and be completed by July.

The wider redevelopment of Spindles would start on site in July subject to the approval of the full planning application for the shopping centre.