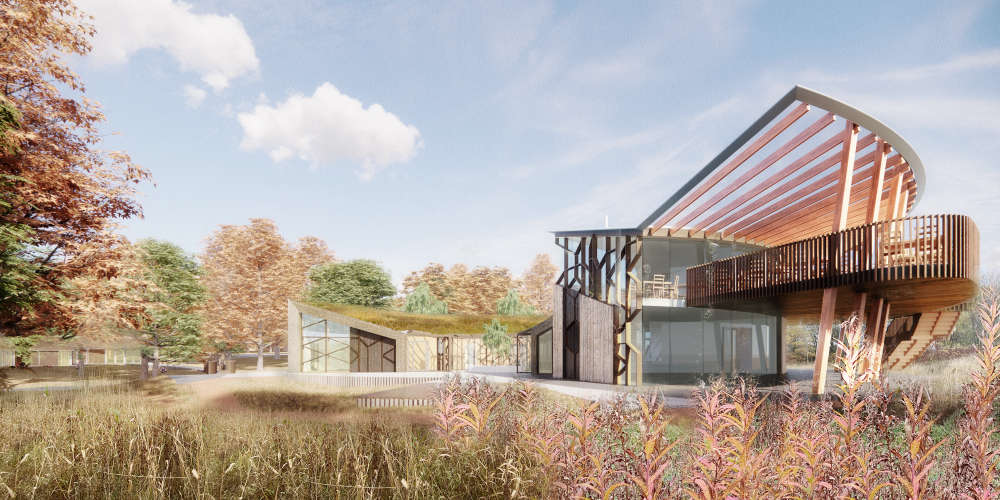 Plans for the UK's biggest urban farm and eco-park in Oldham, which bosses hope will attract 100,000 visitors a year, have been lodged.

The first major phase of the Northern Roots project, which focuses on the top half of the 160-acre site in Snipe Clough, has been submitted for planning approval.

It will include a visitor centre, with spaces for events and meetings and a café and shop, as well as a learning centre, forestry depot and solar panels.

The plans also include a natural swimming pond, a community growing allotment, and a natural amphitheatre and performance space.

Documents say the developments could cater to events such as outdoor performances, weddings, festivals and workshops.

The whole site runs from the Grade Two listed Alexandra Park, past Park Bridge and down to Daisy Nook country park.

Two existing football pitches on the site are due to be retained and upgraded, while two are planned to be relocated onto a new plot in the north east.

A car park will be created on Nether Hey Street, and there are a number of cycling and walking route improvements proposed. However no new roads are being planned.

The scheme is being partly funded by Oldham council’s successful £24.4 million Towns Fund bid. It has also received £1m from the Esmée Fairbairn Foundation to create a new charity.

And Northern Roots has been given nearly £600k from the Community Renewal Fund to deliver a six month pilot project helping young people in the borough into employment. 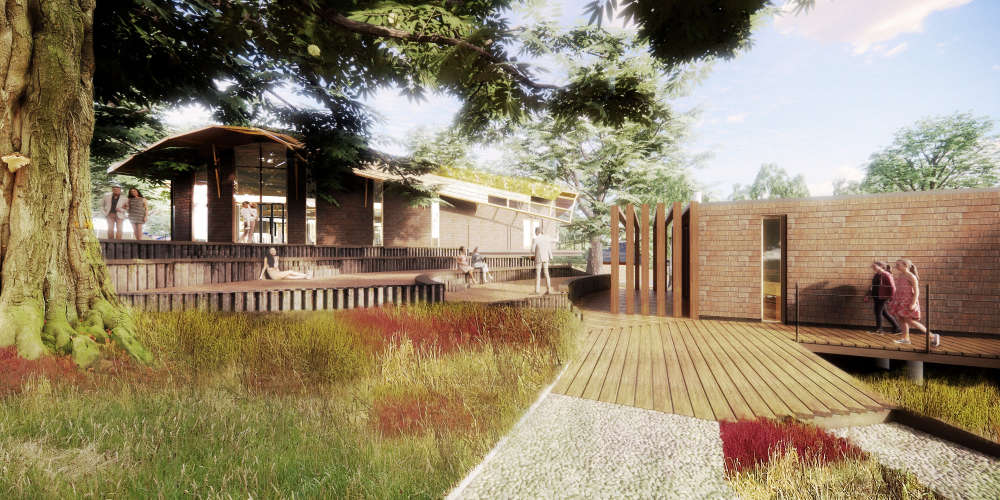 Councillor Abdul Jabbar, chair of the Northern Roots board of trustees, said: “Submitting the planning application for Northern Roots is a pivotal milestone in the development of the project.

“Northern Roots will provide an exceptional community resource for Oldham, offering a wide array of opportunities and benefits to residents.”

There have been a number of changes to the plans since the first round of consultation, which saw many of the proposed buildings moved into the northern end of the land.

This leaves the southern end of the site to remain largely undeveloped and natural.

There has already been a separate application lodged to create a bike hub and trails facility on land to the east of the site.

The visitor centre has been designed to blend with the  natural environment and ‘nestles’ into the woodland edge at the northern end of the site.

Alison Thornton-Sykes from designers JDDK Architects, said it was inspired by the transformation of a caterpillar to a butterfly passing through the cocoon stage.

“That transformation journey remains symbolic of the wider transformation of the Northern Roots site, from its industrial past to a green masterplan, with the butterfly roof rising from an elliptical shaped building surrounding a welcoming courtyard.” she said.

The learning centre buildings are designed to be reminiscent of treehouse structures on stilts to have a ‘light connection to the ground’.

The design and access statement submitted with the plans states that the vision for Northern Roots is to deliver ‘sustainable economic, social and environmental benefits’.

It aims to create a ‘unique new community asset and visitor destination’, while creating jobs, training and business opportunities, improving the health of local communities and protecting and enhancing the natural environment.

There have been eight objections and one letter of support since the plans were submitted.