Councillors are to rule on plans to build a new housing estate in Saddleworth after scores of objections from residents.

A developer has applied to Oldham council for 77 houses on land to the east of Huddersfield Road in Diggle.

The site was formerly occupied by Shaws Pallet Works which ceased trading in 2006, and has since been vacant and now demolished.

In June 2019 planning chiefs ended the decade-long saga of where to build a new high school in the area by agreeing to relocate Saddleworth School from its crumbling building in Uppermill to the Diggle site.

Developer WRT Limited wants to build houses on two sites around the new school site, which are both fields used ‘occasionally’ for pasturing horses.

These would be split between 45 homes on one plot, and 32 on the other.

There would be a mix of sizes of dwellings, from two-bed up to five-bed properties, with more than 150 parking spaces delivered on the sites.

Officers are recommending that the proposals be approved, subject to the completion of a Section 106 agreement which would see a financial contribution of £378,747.20 towards the enhancement of existing open space.

Ten per cent of the development would also have to be designated as affordable housing. 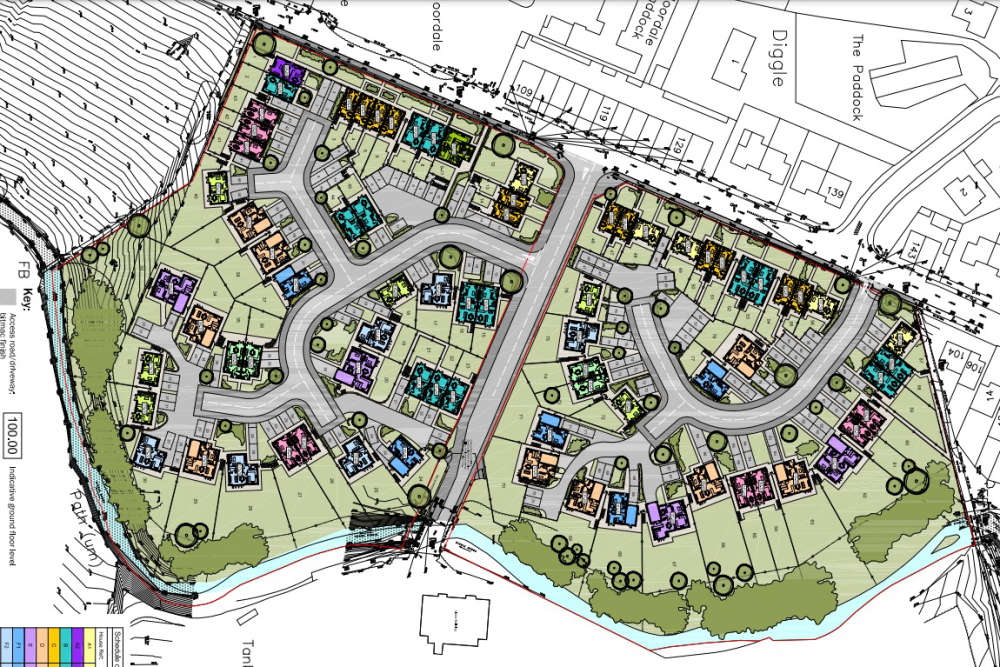 However there have been 79 objections to the plans raising concerns about the effect on local ecology, ‘inadequate’ access and parking provision, as well as over-development of the village.

They also argued that an application for housing should only be considered once the new school building is completed and an impact assessment is carried out.

One resident who has objected to the proposals warns it represents ‘further erosion of the character of the village’.

Another warns that Dobcross Village will be used as a ‘rat-run’ once the extra traffic from the development and new school is using the local road system.

WRT says that it will be investing ‘£17m in building the site out’ which will provide investment in the local economy of Oldham, using local contractors and suppliers.

“The application site represents a suitable and sustainable location for housing in economic, social, and environmental terms, as well as being located within the existing urban area,” planning documents state.

“The proposal offers the opportunity to deliver new homes in a borough which urgently needs to address a long-standing shortfall.”

A decision on the application will be made by the planning committee at a meeting on Wednesday 19 January.