Plans for microbrewery and community clubhouse 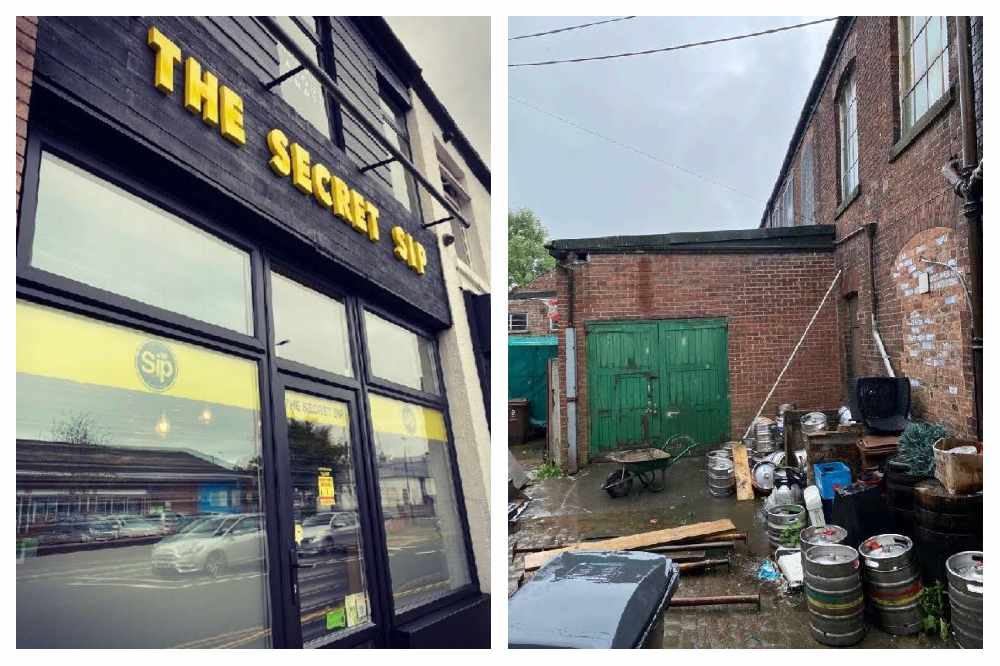 A new microbrewery, craft brew tap house and 'community clubhouse' could be created in a former workshop in Oldham.

Royton craft beer company the Secret Sip, which has been running for more than three years, has applied to Oldham council to create a new space for its brewery and a public drinking and events venue.

Under the name ‘the Courtyard’ it would be built in a run down workshop off Shepherd Street in Royton, next to its existing bar.

According to the planning statement by business owner Chris Ashley, the new site would allow space for the three community driven sports club created by its customers, namely the Sip Running Club, Sip Cycling club, and Sip Veterans Football club.

They would also be producing their own craft beer in a ‘visual microbrewery’ where people can help and brew their own ales.

Under the plans there would be a function area which could seat 80 people for events such as weddings or birthdays, as well as the sports clubs, which would include a bar area.

Mr Ashley states that it would not impact on any neighbouring residents, as the surrounding buildings are mainly commercial businesses which he says have voiced support for the plans.

Last orders at the Courtyard would be at 11.30pm, and closed by midnight, or 10pm on Sundays according to the planning statement.

“The proposed premises will compliment the Secret Sip and the community that we have developed,” Mr Ashley states.

“It will keep and purvey the same ethos and beliefs of bringing high quality craft beer into Royton, while providing a venue that supports the community and its customers.”

“The rear yard which borders The Secret Sip and surrounding businesses has been neglected over the past 20 plus years, which has led to the collapse of the drainage system, leading to constant flooding and continued vermin problems.

“This run down yard, will be renewed and reinstated to a clean
habitable ‘Courtyard’ which will eradicate the vermin problems.

“During these hard times with Covid-19 we see this as a huge opportunity to help get our community and economy boosted, as we aim to open towards the end of the year, when hopefully numbers will be allowed to increase in public areas, helping to boost local economy and employment.”

The new Courtyard venture would be accessed through the existing Secret Sip business close to the junction of Middle Road and Rochdale Road.

The Secret Sip in Royton wants to expand into a new venture called the Courtyard. Photos: The Secret Sip/Oldham council planning.