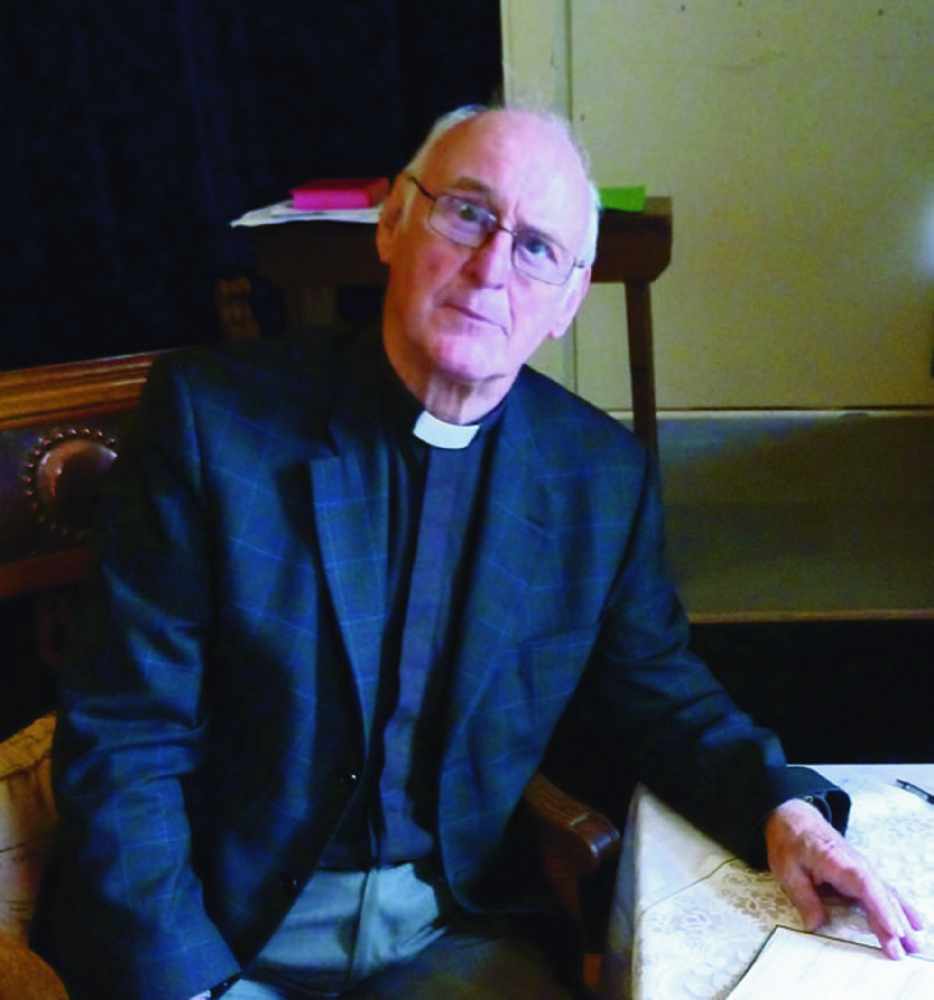 They came with music in their hearts to celebrate the life and times of a true man for the people.

Born in Diggle, the charismatic 84-year-old minister was ordained more than two decades ago as a non stipendiary C of E priest.

As a tribute to his immense character and zest for life, his funeral was laced with joyous, stirring hymns and uplifted tunes spiralled upward bathing Saddleworth Parish Church in autumn sunlight.

Diggle Band, which Duncan headed at the village’s annual Whit Friday walk with Kilngreen Church where he was a lifetime member, played Nimrod as the Rev Canon Sharon Jones, the team rector, welcomed mourners.

Tributes to the hugely respected father-of- three were led by Barrie Williams, a life-long friend and local coroner, who reminded the congregation Duncan was a man of many parts - Saddleworth in essence yet far from parochial.

‘Hail Smiling Morn,’ the classic hymn underpinning the community’s committed Whit Friday ethos, was carried on a vanguard of voices from the congregation and combined church choir and Saddleworth Musical Society, which Duncan had helped set up and became president of in 1980 until he died.

There was a Bible reading from the Rev Howard Sutcliffe, a touching homily from the Rev Hilary Edgerton at a service woven with a medley of organ, band, choral music and hymns - a rich tapestry and tribute to Duncan’s remarkable life.

Then, cocooned by Gabriel Faure’s In Paradisum, Duncan was taken for private committal at Oldham Crematorium conducted by Rev Godfrey Adams, who was ordained with him. It was indeed a smiling, touchingly memorable morn.