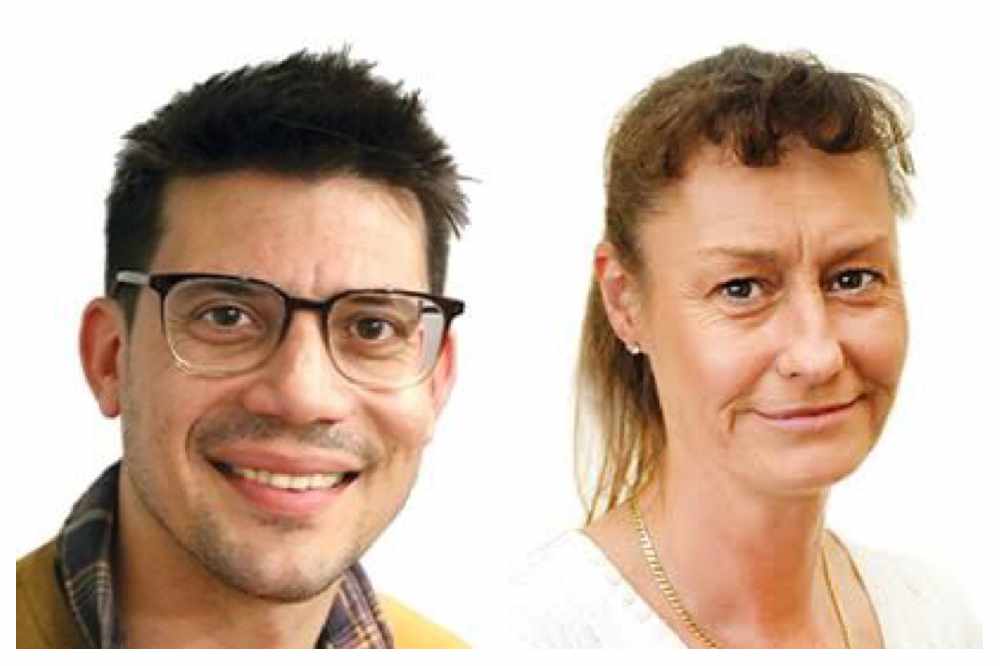 Oldham's Liberal Democrat councillors will ask how modern slums in Greater Manchester can be stopped at this month's Full Council meeting.

Councillors Sam Al-Hamdani - of the Saddleworth West and Lees ward - and Hazel Gloster - of the Shaw ward - (both pictured) will pose the question when they propose a related motion at the meeting which starts at 6pm next Wednesday (15 July).

The pair say they are seeking a guarantee that any new homes that are built in the borough have natural light and a minimum space standard. They also want this guarantee to extend to former non-residential premises converted into homes.

Cllr Al-Hamdani, who is proposing the motion, said: "In Watford last year, despite the strong objections of the Liberal Democrat Mayor and Liberal Democrat Council, planning permission was granted for flats that had no windows and were smaller than 37 square metres, which is below the government guidelines. While there are guidelines, there is nothing in law saying this cannot happen in Oldham or anywhere else in the UK.

“The Oldham Liberal Democrats want to ensure that the residents of any new or converted homes in this borough enjoy access to natural light and good space standards; accommodation that provides anything less can only be considered oppressive and not fit-for-purpose in our modern age."

Cllr Gloster, who is seconding the motion, added: “The regulations are constantly changing and are being increasingly relaxed.  We want the Council to write to the Secretary of State urging the law be changed so that councils can have the final say on dwelling standards. And we want the Mayor of Greater Manchester and Oldham Council to put something in place to make sure people have excellent living conditions.

“With the proposals to build thousands of new homes under the Greater Manchester Spatial Framework, many in my own ward, it is vital that we secure such guarantees. Homes with no natural light and cramped rooms should be rejected on humanitarian grounds.”