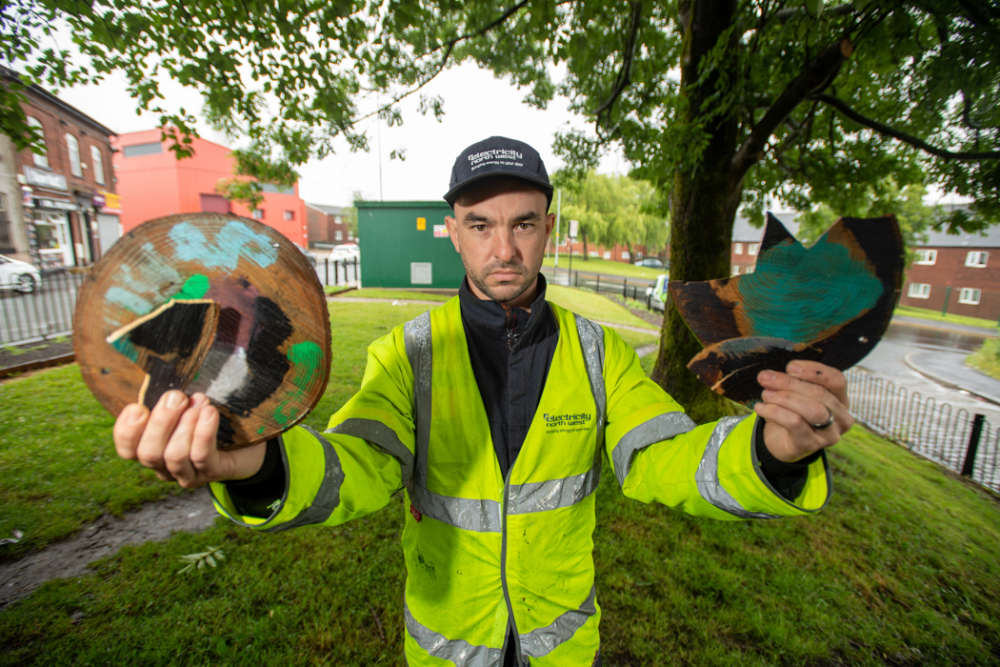 Electricity North West's David Hodgkins, who is maintaining the site in Oldham.

An Oldham substation earmarked for a community makeover has been vandalised.

Work transforming the area is now under way, but engineers were dealt a blow when the site was graffitied, and new flower beds damaged.

The graffiti was removed within 24 hours by council workers after they and Electricity North West were notified by MP Jim McMahon, whose team spotted the vandalism whilst in the area.

Ryan Wilson, who is heading up the Transforming our Spaces campaign for Electricity North West, said: “The graffiti was removed quickly following the tip off by Mr McMahon and we have now restored the flower beds too, but unfortunately it’s not the first time this has happened.

“It’s extremely frustrating and disappointing, we’re working with community to transform the land surrounding the Henshaw Street substation and already, we’ve had setbacks.

“But this certainly won’t deter us, work is underway, and we are checking the site regularly for any signs of disruption. We’ve no doubt the local community will be pleased come August when the flowers have bloomed, and our work is complete.” 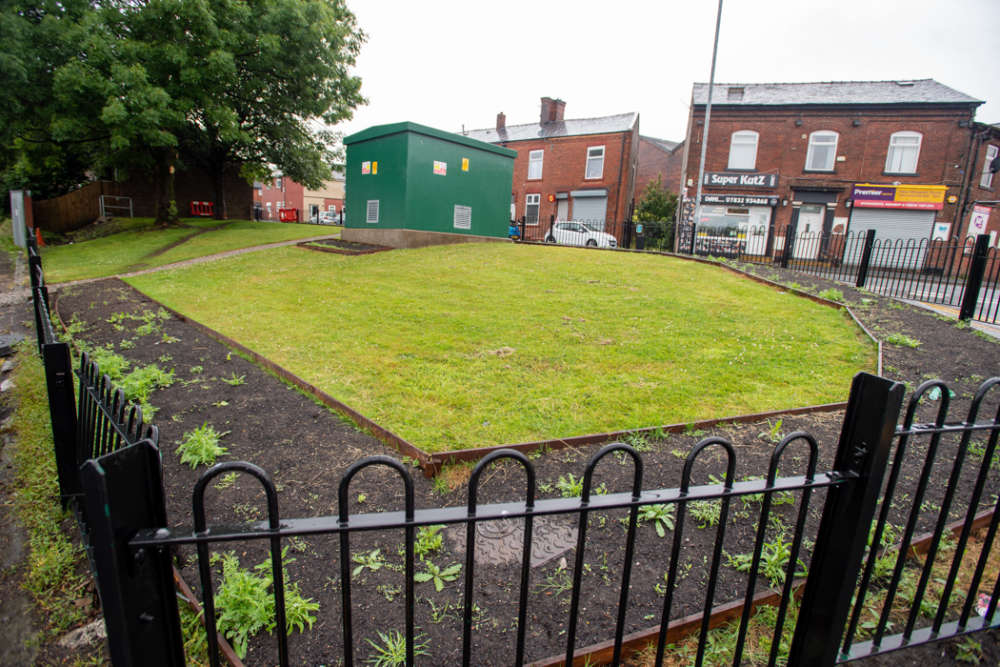 Substations are an important part of the power network because they take high voltage power from cables and transform it into a lower voltage which can be used safely in homes.

Transforming our Spaces was first formed in 2019 and it sees Electricity North West identify areas of land around substations which have suffered vandalism, lack wildlife, or may lack funding to carry out such community projects.

Jim McMahon, MP for Oldham West and Royton, added: “This is a really important project for the area and I commend Electricity North West for taking up the initiative. I do hope that this mindless vandalism doesn’t cause problems for the project which is there to benefit everyone in the area.

“If anyone sees any damage, then please do report it to the police and to Electricity North West so that we can work together to stop it from happening again.”