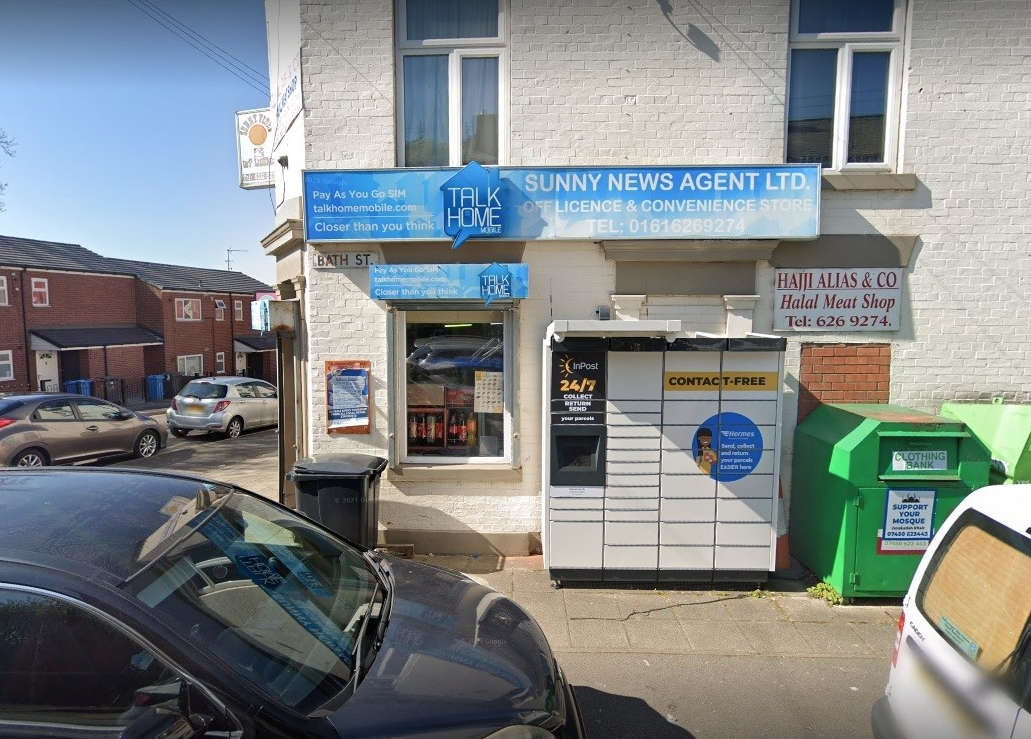 A newsagent has been stripped of its alcohol licence over concerns about crime and disorder after trading standards found ‘illicit’ cigarettes behind the counter.

Officers had applied to revoke the licence of Sunny News and Off Licence in Oldham on the grounds that ‘counterfeit and illegal’ tobacco had been found on six occasions at the store since 2014.

Several complaints had also been received from members of the public alleging the unlawful sale of single cigarettes from the Oxford Street premises.

Antony Perkins, on behalf of Oldham trading standards, said that the premises licence holder Riaz Ahmed had been issued with warning letters in both 2014 and 2019 following raids.

A warning was also issued two years ago to his brother, Mohammed Alam, who owns the business.

Mr Perkins said that on several occasions open cigarette packets were found under the shop counter by trading standards, which indicated ‘singles’ were being sold.

However Graham Hopkins, the licensing consultant representing Mr Ahmed, said that the open packets were for personal use as both the owner and his brother were heavy smokers.

He said both men denied ever having sold single cigarettes.

On February 11 this year, 200 ‘counterfeit’ Richmond cigarettes were bought from the shop during an undercover test purchasing operation by trading standards.

Mr Perkins told the licensing hearing that there was a ‘substantial pattern of non compliance’ at the premises.

“The repeated discovery of illegal tobacco under the shop counter, despite several warnings suggests that it is the intention of the business operators to engage in illegal activity,” he said.

Speaking on Mr Ahmed’s behalf, Mr Hopkins said that at the time of the visits in February by trading standards, Mr Ahmed was visiting family in Pakistan.

Mr Hopkins said that his brother Mr Alam then employed a member of staff to work in the shop.

“Mr Alam accepts he didn’t properly train the staff member nor did he exercise what we would say proper management control over it,” he added.

“Mr Ahmed smokes 40 a day and so does his brother so there is a reason why they would have cigarettes in the shop that aren’t in the gantry.

“Mr Ahmed and Mr Alam maintain the cigarettes under the counter were for their own use at all times and did not realise they couldn’t keep them in the shop.”

Mr Hopkins told councillors that he had put forward a number of proposed conditions that could be added to the shop licence to prevent further incidents.

These included the shop keeping invoices relating to all alcohol and tobacco that had been purchased, and no tobacco being stored in the store outside of the gantry.

Mr Hopkins added that there had further training of staff, lockers for personal items were in use at the back of the shop and there was ‘comprehensive’ CCTV of the inside of the store.

He added the brothers were ‘genuinely sorry and moving forward this would not happen again’.

“I would ask you to give them another chance,” Mr Hopkins concluded.

However Councillor Elaine Taylor, who was chairing the meeting, said that the panel was satisfied ‘on the balance of probability’ that the premises had been used for the sale and storage of illicit tobacco.

“The panel is not satisfied that the illegal activity would be adequately addressed by the imposition of additional conditions to the premises licence as previous advice has not been heeded,” she said.

“The panel has therefore resolved it is appropriate for the premises licence to be revoked.”

The licence holder has the right to appeal the panel’s decision.