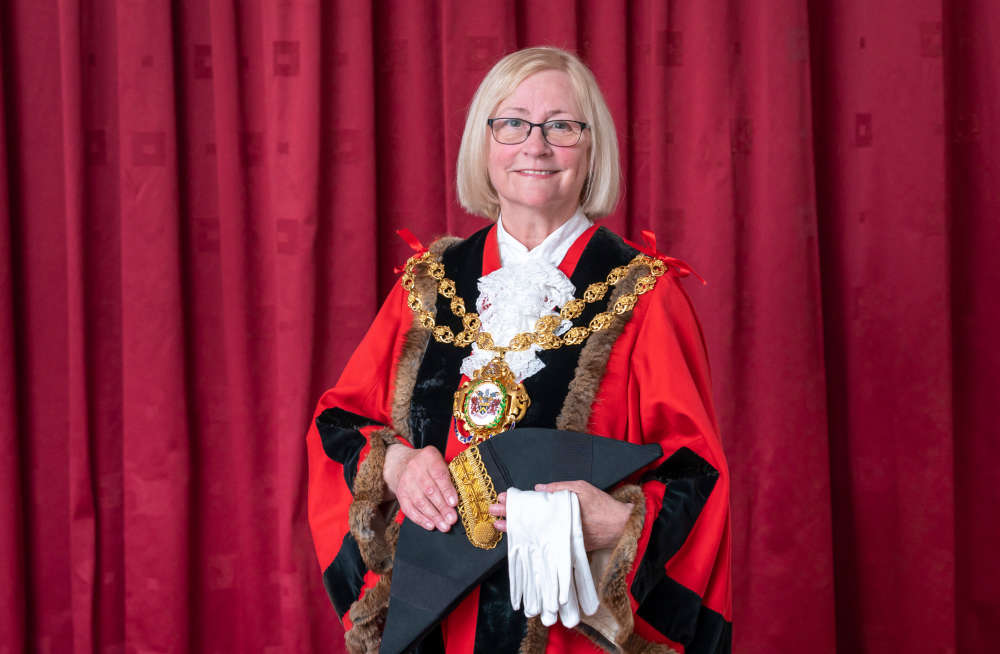 Councillor Elaine Garry has officially been confirmed as the new Mayor of Oldham after donning the prestigious chains and robes for the first time at the borough's recent annual council meeting.

Throughout the year, the Mayor will be accompanied by her two chosen consorts, Cllr Graham Shuttleworth and former Failsworth West Councillor, Peter Davis.

On becoming the Mayor of Oldham, Cllr Garry said: “This is a fantastic honour that has been bestowed upon me and it goes beyond anything I could have ever envisaged.

“I am very privileged to carry out the historic duties as Mayor of Oldham and I truly hope to serve all Oldham residents with the grace and dignity they deserve.

“I will give my utmost commitment to this role and give everything to the town I have called home my entire life.

“I look forward to meeting you all over the next 12 months and I hope you can join me in raising donations for some fantastic charities too.”

Outgoing Mayor Cllr Harrison helped to raise more than £42,000 during the last civic year, with funds still to come in from the Mayor’s Fun Run and a couple of other donations.

Each of the former Mayor’s eight chosen charities will receive £5,000 with the Oldham Band (Lees) receiving £1,000.