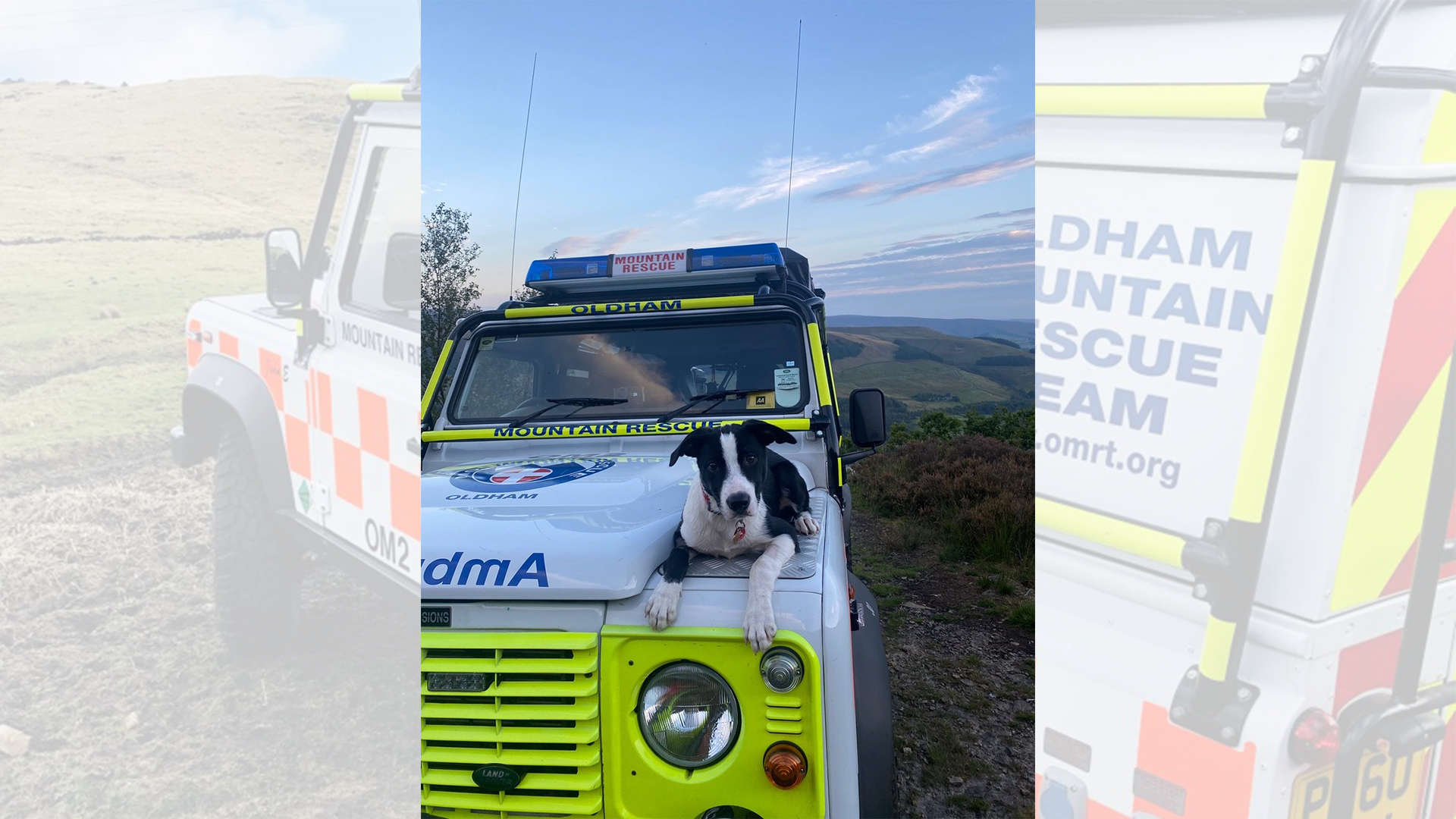 A five-month-old trainee mountain rescue search dog has had his first taste of life on the front line.

Ace, a border collie, was on a dog training exercise with his trainer Rick Beswick and members of Oldham Mountain Rescue Team in the Dovestones area of Saddleworth on Thursday (7 October).

Rick and his puppy trainee made their way up the hill while other team members were called out.

Four members of the public had become disorientated and stuck on rocks at the top of Rams Clough.

They had been caught out by the darker nights and, with only a phone light between them, were unsure of the route down.

After establishing there were no injuries, they were led off the hill by Ace, being met by the extra team members along the way.

Once down at Chew Bridge, the casualties were checked over and given some advice before being dropped back at the car park.

Rick said: “Although he’s not an official search dog yet and is only just starting his training, this was Ace’s first taste of a rescue. I was very impressed with him and said he’s having a steak for tea."

OMRT leader Rob Tortoishell said: “If you are venturing out into the hills, be aware days are rapidly getting shorter. Plan your route, tell someone where you're going, take a torch with extra batteries, fully charge your phone and carry some spare clothing.

"No one goes out expecting to be rescued but it pays to be prepared in case the worst happens.”