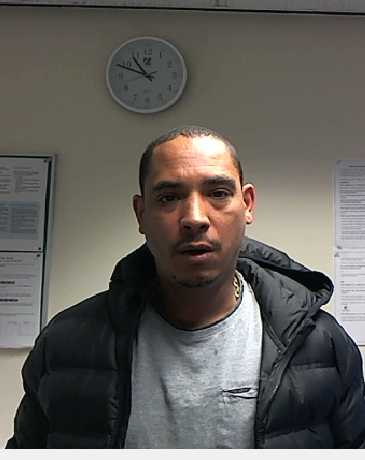 A man from Oldham has been jailed for terrorising cabin crew on a flight to Turkey before trying to open the door of the plane.

Lynton Bryan, of Fairway Road, was on a flight from Manchester to Antalya on Thursday, June 14 2018, which had been delayed for around three hours.

As the plane was due to take off from the runway, Bryan left his seat and opened an overhead locker, telling cabin crew he was getting a sweet for a child.

During the four-hour flight, Bryan became increasingly volatile, terrorising crew and passengers by following them around the plane, making aggressive gestures and shouting loudly.

He accused staff of being racist, with his speech and actions growing increasingly menacing.

Bryan then banged on the door of the flight deck, where the captain and first officer sit, before frantically pulling at the assistance handle on the exit door.

He then turned his aggression back to a member of the cabin crew, who he’d constantly harassed during the flight, making violent threats and claiming he is, “…a bad boy from Manchester, I will hunt you down and when I do, I will hurt you.”

As the plane landed in Antalya, Bryan refused to take his seat and remained standing, endangering himself and everyone else on the plane.

At Manchester Minshull Street Crown Court, the 34-year-old pleaded guilty to reckless endangerment of an aircraft and passengers. He’s been sentenced to one year and ten months in prison.

Detective Constable Brad Howarth of GMP’s Manchester Airport Team, said: “Bryan frightened not only the cabin crew who were simply doing their job and there to keep the rest of the passengers safe, but also frightened the holiday goers who should have been excited at the start of their trip.

“With the amount of witness accounts we were able to put to him in interview, he had little room to deny his vicious and repulsive actions.

“In a job like ours, you come across people who behave like Bryan on the street all too often but the way the crew dealt with him in the air and in the confines of a plane, while avoiding any physical harm coming to themselves or their passengers is truly commendable.

“However oblivious he seemed to be to the fright and alarm he was causing people on that flight, he now has time to think about that and nothing else as he remains firmly grounded for the next 22 months.”