Oldham knifeman who went on rampage in Piccadilly Gardens jailed 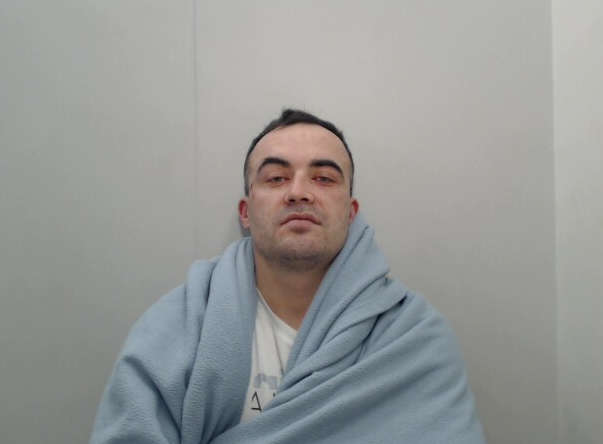 A knifeman from Oldham who attacked five homeless men during a rampage in Piccadilly Gardens has been given a 23-year sentence.

Kieran McLoughlin, 32, of Vine Street, Chadderton, was sentenced on Thursday (27 January) at Manchester Crown Court (Crown Square) after previously being found guilty of five counts of section 18 assault, and a single count of possession of an offensive weapon.

The court was told that on the evening of Sunday 12 January 2020, McLoughlin had left a bookmakers' and walked along Parker Street where he engaged with his first victim.

McLoughlin was asked for change by a 36-year-old man and proceeded to engage in a brief conversation with him, before suddenly producing a knife and slashing the man across the side of his face.

Again without provocation, McLoughlin approached a second man – aged 43 - outside Greggs and stabbed him in the face, before he then approached the tram stop on Market Street and took a cup of money from another homeless man - aged 47.

McLoughlin continued on to stab the faces of another two men - aged 53 and 35 respectively - and returned to stab the 47-year-old man in the shoulder before boarding a tram.

Two PCSOs and members of the public confronted McLoughlin and prevented him leaving on the tram, before plain-clothes officers attended and detained him at the scene and recovered the knife during a violent struggle.

Four of the men were taken to hospital and the 47-year-old received treatment at the scene.

Despite extensive evidence, including CCTV of the attacks, McLoughlin denied any involvement in the incident claiming he found the knife on the tram.

Nevertheless, he was subsequently charged with five counts of section 18 assault, and a single count of possession of an offensive weapon before he was later unanimously found guilty by a jury.

He was sentenced to 23 years; 18 of which will be spent in custody with an additional five years on license.

Detective Constable Lindsey Morgan, of GMP's Longsight CID, said: "We're pleased that McLoughlin is behind bars for a long time after this truly shocking series of assaults in the city centre where innocent men were targeted without provocation, and had extremely nasty facial injuries inflicted on them that are likely to last a lifetime.

"McLoughlin throughout has failed to acknowledge he committed these offences, or offer anything in the way of remorse, which is all the more reason he deserves to have time behind bars to reflect on the severity of his actions.

"I want to thank the members of the public who tended to the victims when they realised what had happened, and subsequently alerted our city centre patrols so that our officers could negate the threat posed by McLoughlin.

"We continue to work relentlessly in the city to ensure that it is a safe place for all those who live, work and enjoy our city centre and encourage anyone with concerns to contact us either online, via 101, or 999 in an emergency."

Jayne Sharp, Senior Crown Prosecutor for CPS North West, said: “McLoughlin preyed on these vulnerable males in Manchester City Centre and stabbed five males in what appears to be a random unprovoked spree of violence.

“All the victims suffered stab wounds, most required stitches to close the wounds.

“I hope seeing McLoughlin face the consequences of his actions that day, gives the victims a sense of justice for what has happened to them in these totally unprovoked attacks.”