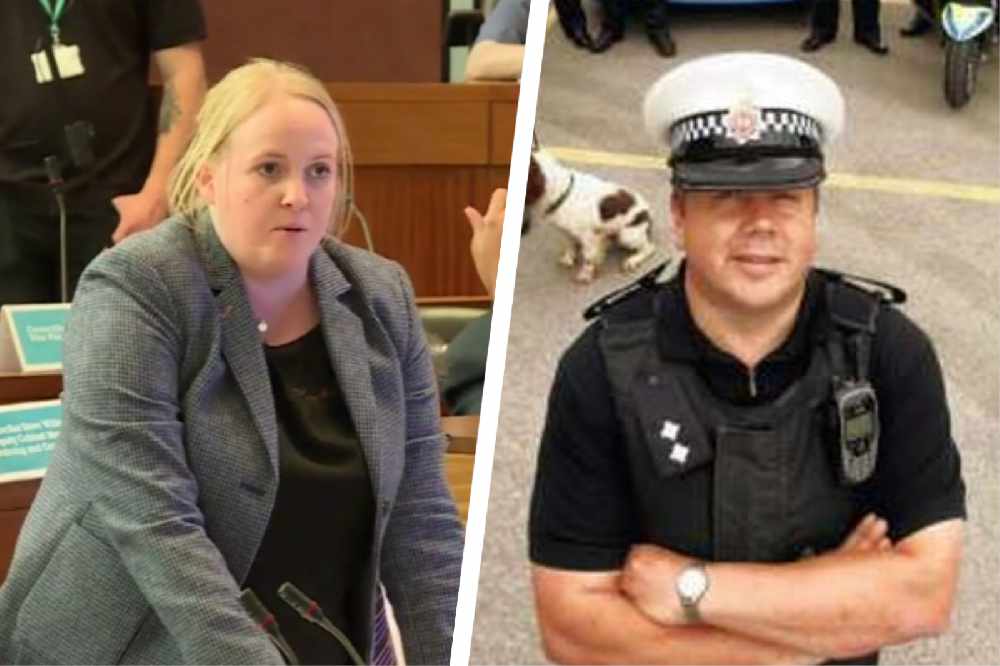 A council motion supporting the Black Lives Matter movement sparked a row over Greater Manchester Police's record on stop and search and the fatal shooting of Anthony Grainger.

Liberal Democrat Councillor Chris Gloster, a former GMP Inspector, objected to the wording of a motion by Labour councillors which criticised the force for incidents including the use of a taser to arrest a black man in front of his small child at a petrol station.

Coun Gloster said the information around deaths in police custody in the UK was ‘erroneous’ and the use of stop and search powers by GMP ‘targeted areas of knife crime’ and 15pc of searches led to arrests.

However Coun Amanda Chadderton, who tabled the motion, said she was ‘appalled’ by his response and told the meeting he appeared to ‘justify racial profiling’ by the police.

The motion stated that black people were searched by GMP at nearly seven times the rate of white people using stop and search powers in 2018/19.

Coun Gloster also told the virtual meeting that the officer who shot Anthony Grainger during a police swoop in Culchech in March 2012 had an ‘honest held belief’ that Grainger was ‘on the point of discharging a firearm at approaching officers’.

The way the motion was written was ‘poorly researched and misleading’, he said.

“There are rotten apples in every barrel and certainly this council is no exception,” Coun Gloster added.

“To highlight 1,500 deaths in police custody or following police contact in the UK during the last 20 years is erroneous.

“The statement gives the perception that these people died at the hands of the police and in the vast majority of cases this is untrue.”

He told councillors people were not being ‘beaten up in cells as the tone of this motion as written implies’.

However Coun Chadderton hit back, saying she ‘despaired’ at his remarks, adding that he demonstrated why the Black Lives Matter movement was needed.

“You have to look at the wider picture that is the systemic racial profiling and racism that exists in our society,” she said.

“The reality is too many black people die at the hands of the police.

“It doesn’t mean they are necessarily murdered by the police but their experiences of the police do lead on to their deaths.

“With regards to Anthony Grainger, he may have been a criminal and he may have been an armed robber but there was no gun in the car that day and that does not mean he deserves to die at the hands of the police.”

The motion called on the council to produce a new equalities strategy setting out how it will make the council a more ‘equal organisation’.

They also requested that the chief executive write to Greater Manchester Mayor Andy Burnham to reaffirm the borough’s support for the creation of a GM race equality panel and for the publication of a quarterly race equality policing report.

Coun Ateeque Ur-Rehman who seconded the motion, said it was a ‘statement of solidarity’ with George Floyd, whose death at the hands of a white police officer in Minneapolis sparked worldwide protests.

“The need for change is overdue,” he added.

“There are significant and disturbing parallels between the black British experience and the African American experience.

“There are many people who died in this country under very similar circumstances to those in America.

“Astonishingly there has been no jail time doled out for the police in this country over deaths in custody.”

The motion was carried with support from Coun Gloster, Liberal Democrat and Conservative councillors – aside from Tory member for Saddleworth North, Pam Byrne, who abstained.

Councillor Amanda Chadderton (left) and Councillor Chris Gloster when he worked as a police officer.