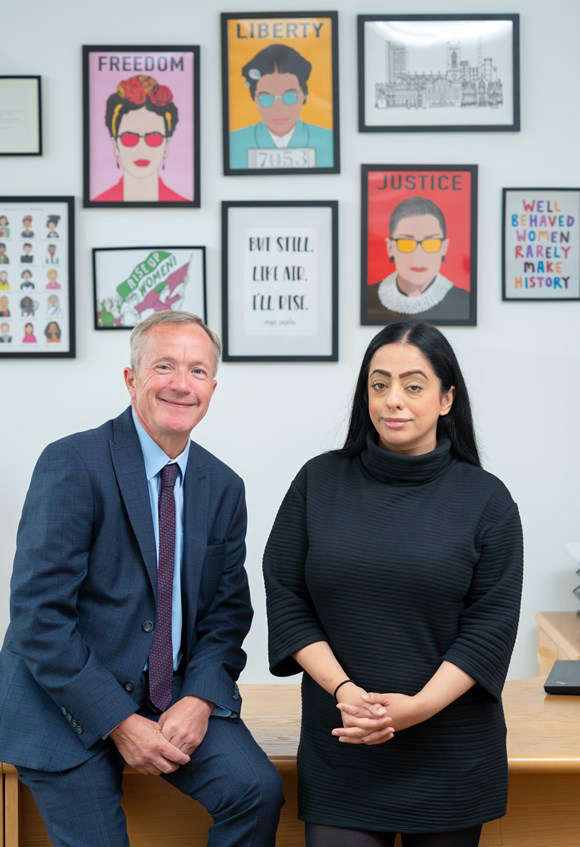 Oldham Council is set to appoint a new Chief Executive at a special meeting of Full Council next week.

It comes after it was announced last month that Oldham's first female chief executive, Dr Carolyn Wilkins OBE, was to leave her post after more than 12 years at the local authority.

Mr Catherall has had a 40-year career in local government – starting as a 16-year-old apprentice and rising to Chief Executive at one of the best performing local authorities in the country.

A trained accountant, Mr Catherall has undertaken a wide range of roles including leading high-performing children and adults social care services. He has an impressive track record of delivery including overseeing large-scale public service improvement programmes in a number of organisations.

Council Leader Councillor Arooj Shah said: “It’s great to be able to recommend Harry for appointment and I look forward to welcoming him to the team. I have been clear that what Oldham Council needed in a Chief Executive is someone with drive, determination and a real commitment to delivering great public services for local people.

"I have set a clear future direction and set of priorities for the role and it’s clear from the recruitment process to date that Harry is the right person to deliver that vision. His focus in his new role will be to forge stronger relationships between local people and their public services and to steer Oldham’s recovery from the impact of the Covid pandemic including, crucially, driving forward the regeneration and renewal of our town and district centres.”

Councillor Howard Sykes, Leader of the Opposition - Liberal Democrats, commented: “Following today’s recruitment process I am happy to recommend Harry as the borough’s Interim Chief Executive. He clearly demonstrated that he has the skills and experience needed to drive real improvement to the vital services that Oldham people value and rely on. I look forward to working with him.”

Harry Catherall said: “I’m delighted to be recommended to Oldham’s Councillors as the new Chief Executive. Should I be formally appointed I look forward to working with the wider council team to meet the priorities clearly set by the Council’s Leadership. Oldham clearly has an ambitious and positive vision for its future and I am keen to play my part in making the town’s plans a reality.”

Mr Catherall is best known for his time at Blackburn with Darwen Council, where he held a number of senior roles over a twenty-year service including more than seven years as Chief Executive.

During his time at Blackburn, Mr Catherall transformed the council, reducing spending by 40 per cent to meet reductions in funding from central government while continuing to deliver great local services. In addition, he drove forward an ambitious regeneration programme for the borough. This work saw Blackburn named Local Authority of the year during his time as Chief Executive.

Most recently, Mr Catherall led St Helens Council as Chief Executive on an interim basis during 2019/20. During this time, he oversaw the creation of a new council-wide delivery plan, with clear priorities and a balanced budget for the town while also driving improvements in Children’s Services and progressing significant regeneration activity to boost inward investment and create local jobs.

Mr Catherall is also currently an Associate Non-Executive Director at the East Lancashire Hospital Trust, a role that he will be stepping down from to concentrate on his new position.

The single-issue meeting of Full Council to appoint to the Interim position will take place at 6pm on Wednesday 25 August.

Subject to approval, Mr Catherall is expected to take up the post from Thursday 26 August.