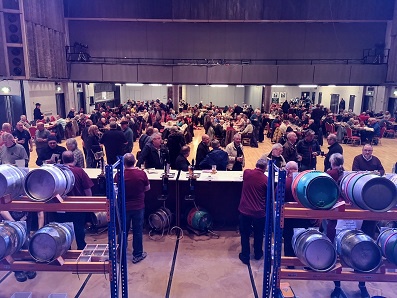 Local lovers of real ale have been hit with the news that the 32nd Oldham Beer Festival has been postponed to the coronavirus pandemic.

It's usually one of the highlights of the Oldham calendar but months of planning for the two-day extravaganza of beer and cider at Queen Elizabeth Hall has been set aside in view of the risks to visitors, volunteers and the the event itself.

The festival is organised by the Rochdale, Oldham and Bury branch of the Campaign for Real Ale (CAMRA), in support of the Mayor of Oldham's charity appeal fund. But an emergency meeting at the weekend concluded that the event will have to be postponed from its April dates.

Barry Cassidy, chair of the Mayor of Oldham's charity appeal committee, said: "Above all, we are mindful that the event could pose significant risks to health, and this has forced our hand. Our planning had reached the stage where we were about to incur significant financial commitments - ordering beer, equipment and souvenir glasses.

"With the expected further restrictions on large gatherings, the risks of abandoning the festival nearer to our planned dates was too great. And, in consultation with our CAMRA partners, it was felt that the most prudent option all round was to postpone the event." 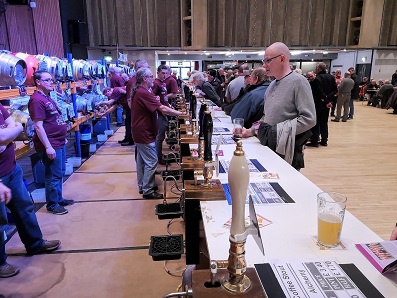 Peter Alexander, chair of CAMRA's Rochdale Oldham and Bury branch agreed. He said: "We had reached the point of no return, poised to enter expensive agreements with suppliers. We also took into account the potential health risks to festival goers and our team of over 40 volunteers. It's a blow, but this is a postponement, not a cancellation."

Organisers say the motivation to raise money for the Mayor's local charities is still important, but must take a back seat to the significant health issues.

But the partners are determined the show will go on. With the venue's assistance, the August bank holiday weekend is pencilled in for a return of the festival, provided the risks to health assessed by the government have subsided.