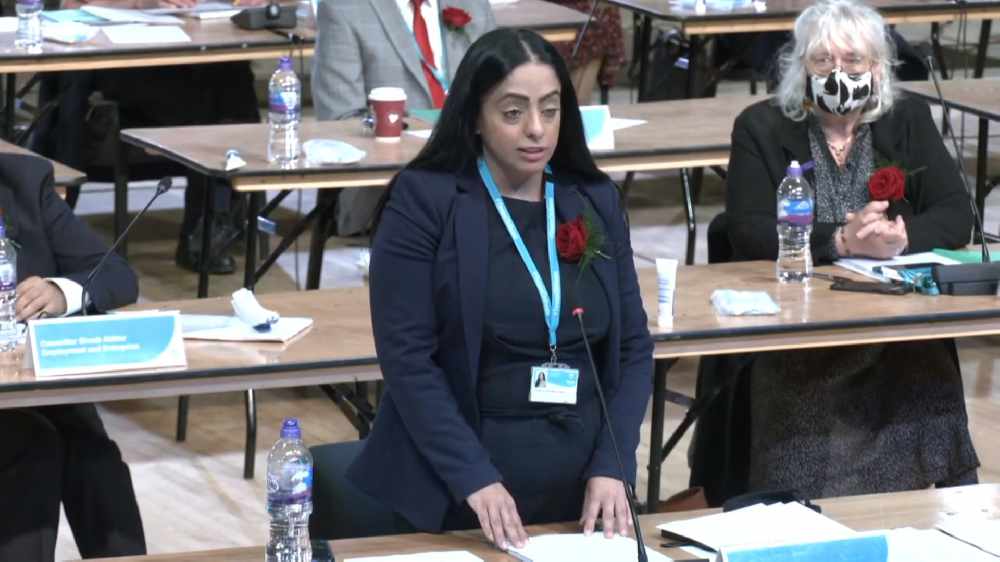 Oldham's new council leader has pledged to clean up the borough and 'listen more' to local people in her first official speech in the top role.

Councillor Arooj Shah has been elected as leader of the local authority at the annual meeting of the full council.

She is the first Muslim woman in the north of England to take on the job as council leader.

Coun Shah, who represents Chadderton South, told a socially distanced meeting that they had ‘clear priorities’ for the next year.

“We’ve set ourselves a clear plan to drive recovery from the pandemic, one that focuses on creating jobs and supporting businesses, on education and skills, on ensuring quality housing and making the most of our green space and improving the health of local people,” she said.

“Alongside this though we do need to retain focus on the things people tell us are important to them.

“Their message is clear – we want to live in a town which we can be proud of, one where our neighbourhoods are clean, green and safe.

“I want the hallmark of my leadership to be this, that we get stuff done. We’ll be cleaning up our streets and getting tougher on flytipping and littering. That if you need help we’ll be here to help you.

“That if you’re doing great work in the community we’ll work alongside you and support you every step of that way.

“But if you’re bringing our town down, whether that’s littering, flytipping or being a bad landlord, we’re coming after you with everything that we have.”

This would be achieved by investing further in the street cleaning and enforcement teams, the Labour councillor said.

“If local people are to trust us to run their public services or plan for the future of our town and to advocate for them nationally and regionally then we need to deliver on these basic things,” Coun Shah added.

She told the meeting that they would also ‘listen more to local people’.

This would include ‘better communicating’ the administration’s plans and getting ‘real input’.

Coun Shah had previously served as deputy leader since 2018 under the leadership of Sean Fielding.

He lost his seat in Failsworth West at the May 6 local elections to Mark Wilkinson from the Failsworth Independent Party.

Coun Shah said he had left an ‘incredible legacy’, and added it had been an ‘honour’ to serve as his deputy.

“I am really lucky to be taking up this role with a clear plan for the regeneration of Oldham town centre already in place and its delivery well underway,” she added.

“I know the councillors in this chamber will work hard to make sure I keep my promises. In 12 months time let me be judged on my actions and what I have delivered.”