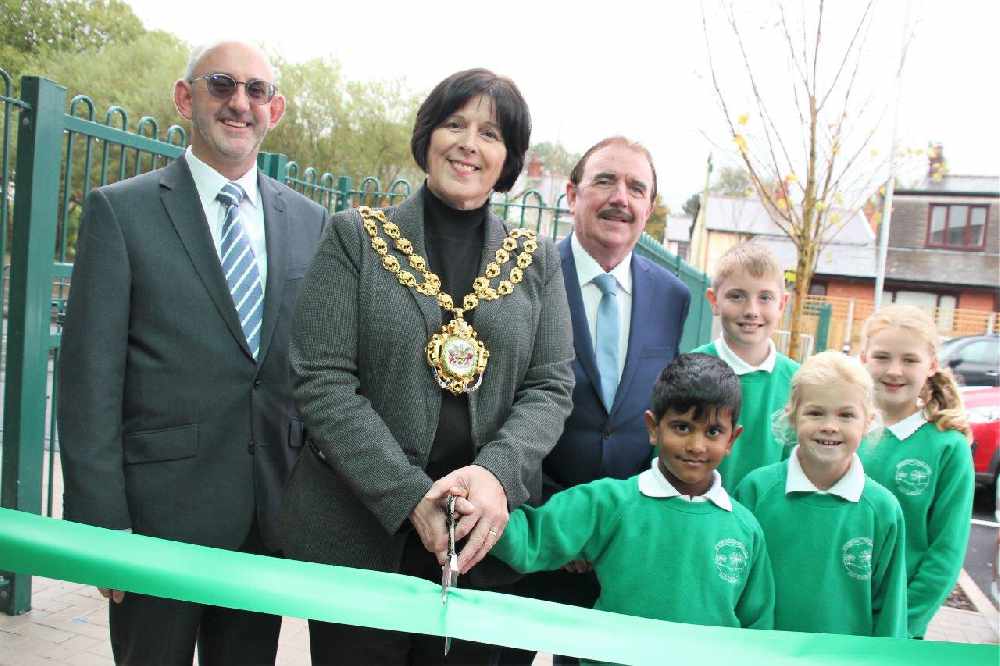 Delighted youngsters and staff at Greenfield Primary School are celebrating the official opening of their new multi-million pound building and grounds.

To mark the completion of the new state-of-the-art school, the Mayor of Oldham, Cllr Ginny Alexander, cut the ribbon with pupils and was joined by Leader of Oldham Council, Sean Fielding, and Cllr Shaid Mushtaq, Oldham Council’s Cabinet Member for Education and Skills.

The new £5.7m school, which is situated just yards away from the old building on Shaw Street, includes 14 classrooms, a science block, sports hall, dance studio and playground area.

The old school building will soon be demolished to make way for new playing fields for the ‘outstanding’ Ofsted-rated school.

A section of the old building entrance is to be preserved and installed on the new site in due course.

Although the school opened its gates to all pupils at the start of the academic year on Tuesday, 3 September, the official opening took place on Wednesday (9 October).

Mike Wood, headteacher at the school, added: “To say I’m proud that we’re at this momentous stage would be an understatement.

“We pride ourselves on being an outstanding school – so to have everything state-of-the-art provides us with an environment where our pupils can thrive even more and allow for more pupils to join us.

“The feedback I’ve had from parents has been wonderful and we’re looking forward to taking full advantage of this excellent space that I hope the community are proud of.” 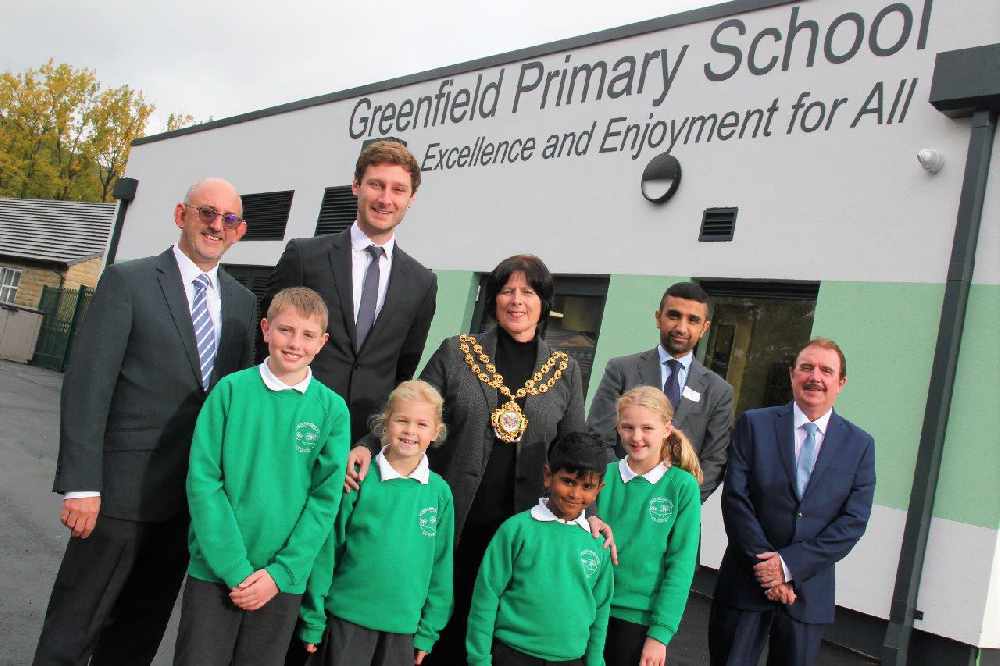 Natalie Milner, a parent at the school, said: “I felt quite overwhelmed and emotional having a look around at how happy the children and staff appeared and how quickly they are settling into the fantastic facilities on offer.”

Pupils at the school are also delighted with the new facilities.

Aimee, who is in Year 6, commented: "This is my dream school."

Haziqah, of Year 4, added: "This school is amazing, I never want to leave it."

Cllr Fielding said: “This was a move that the school desperately needed so we could allow extra places and remove potential future issues surrounding the old building, which included maintenance, energy efficiency and a risk to the quality of education.

“As well as a modern look and feel, the new school will allow these pupils to flourish in an environment fit for purpose and I’d like to thank all the local residents for their continued patience and co-operation during the build.”

Councillor Shaid Mushtaq, Cabinet Member for Education and Skills, concluded: “More than £30m is being invested in our schools to improve the learning environments for young people and also to raise the attainment for everybody in the borough.

“Greenfield is a great example of where this is happening in a wonderful environment. We’re delighted that we’re at this momentous stage for the school and the community.”

The school was constructed by modular construction specialists ESS Modular, using a precision manufacturing method which significantly reduced the time on site and disruption to the local community.

Olivia Noonan, Head of Operations at ESS Modular, said: "We are delighted to be handing over this new school facility to Greenfield Primary School. It is fantastic to see the students and teachers occupy this space which has been designed as both a functional and creative environment for learning, play and physical education.”