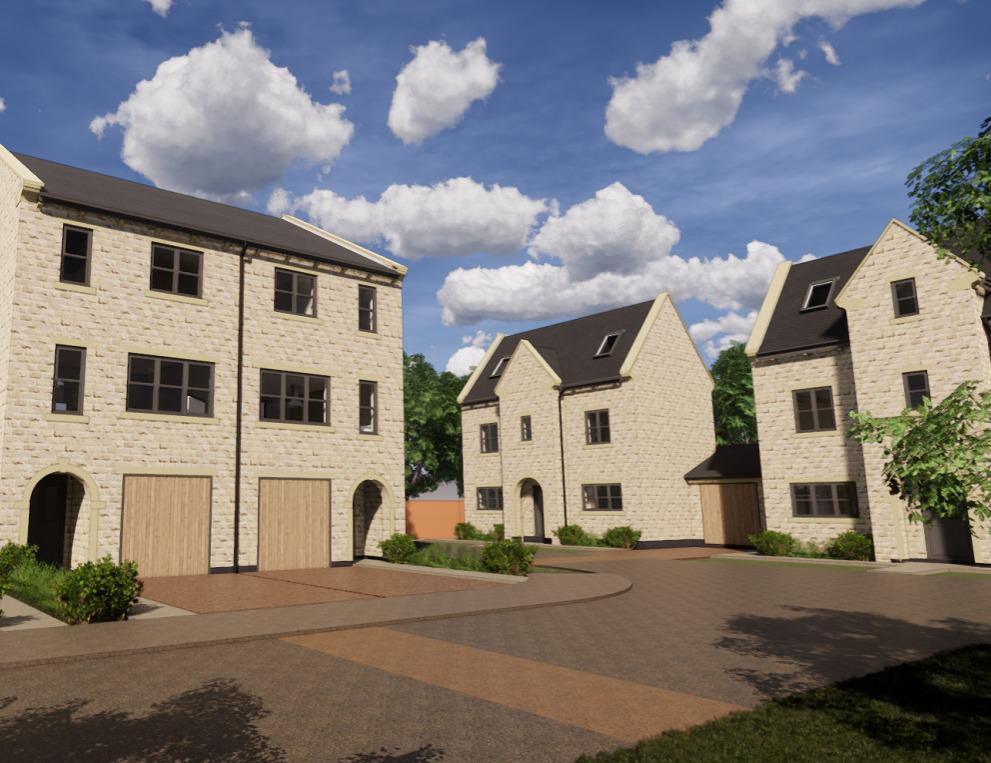 A huge new business park and nearly 100 new homes have been given the green light to be built in Oldham.

The borough’s planning committee has approved three residential developments to go ahead in Greenfield and sites in central Oldham, which include a number of affordable homes.

And a new business park which will create more than 700 jobs is to be built on wasteland used to pitch an annual Oldham fun fair, next to Hollinwood Metrolink stop.

The committee approved 68 new homes which are to be built around the shadow of Hartford Mill, which is now listed for demolition.

Of these, 36 are to be affordable and managed by First Choice Homes Oldham.

The applicant, Keepmoat Homes, says that the development, which also borders Porter Street and Edward Street, will be a mix of family and starter homes.

The houses will be a mixture of two, three and four-storey, with ‘red clay’ facing brickwork and will all have a private car parking space.

Located close to the Freehold Metrolink stop, the new estate will also include a large area of open space. 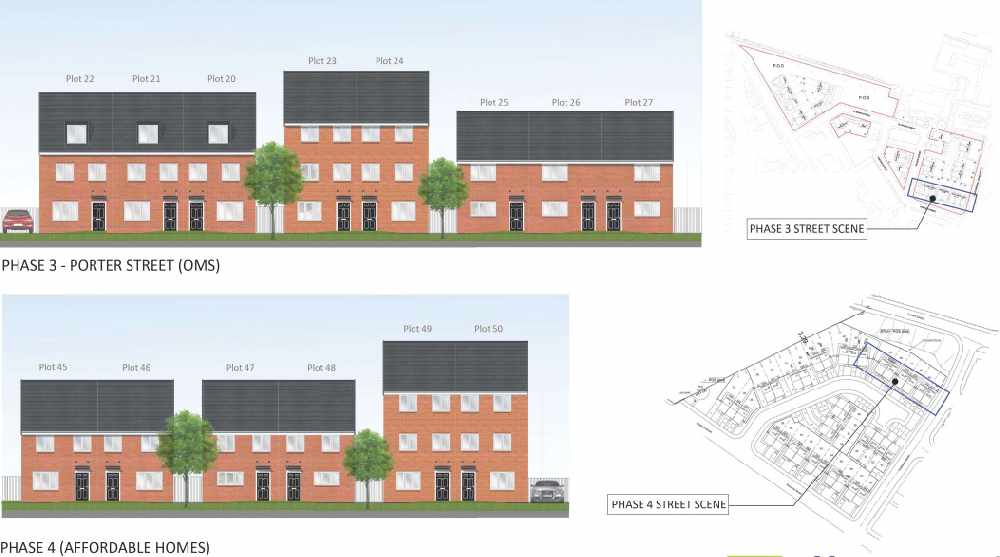 Planning officer Paul Dowd explained it was an ‘urban regeneration’ scheme on brownfield land, which is part of the wider regeneration of north Werneth.

He told councillors they had tried to ‘pepper-pot’ affordable housing through the site, rather than in one block, but this would mean that a grant of £1.4m from Homes England for the project could not be spent before a deadline of March next year.

“There wouldn’t be control to ensure that the houses were all built in time and if the funding was lost the scheme wouldn’t be viable any more,” he said.

“The house types are the same, when you’re walking down the street it’s tenant-blind, you couldn’t tell the difference between an affordable house and a house on the open market.

Councillor John Hudson added he was ‘very pleased’ with the application.

“I think this is ideally what we need to be providing, low cost homes and public open space,” he said.

The historic King’s Hall Plaza building on King Street is to be converted from shops into apartments and a new restaurant or cafe.

The ground floor, which had contained retail units which are currently empty, is to be converted into two restaurant or cafe units, with preparation areas in the basement.

And the first and second floors are to be turned into 13 apartments, split between one and two-bedrooms. 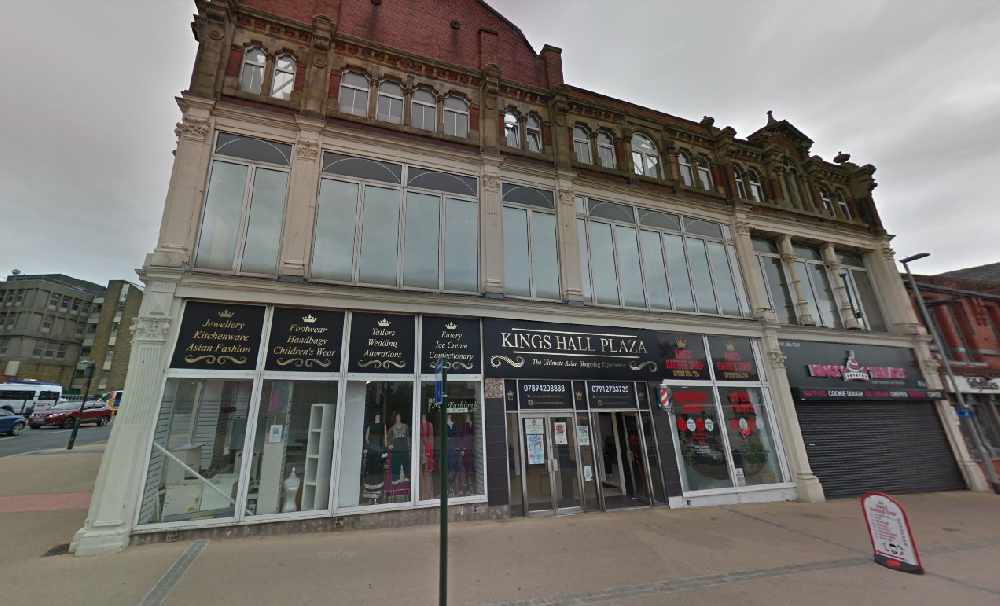 Agent for the application, Mr Barnes, told councillors that the scheme would ‘revitalise the town centre while also supplying much needed housing’.

“A great number of public bodies and authorities support the scheme.”

Planning officer Graham Dickman said there was a financial contribution of £5,000 to some public open space being provided by the developer, KKI Investments Ltd.

“This is bringing back into productive use a quite prominent building in the town centre, and it’s obviously recommended for approval,” Mr Dickman added.

Coun Hudson moved it for approval, adding it was ‘absolutely excellent’.

Councillors have given approval for the first stage of a business park to be built at land off Oldham Road in Chadderton.

The hybrid application by Portcullis OIdham LTD will proceed in two phases, with a three-storey office block off Hudson Street built first.

It was agreed that the first single office unit can be built before works to the junction to the motorway are carried out.

Then detailed permission will be needed for the construction of six new buildings, which would cover 7,432 sqm. 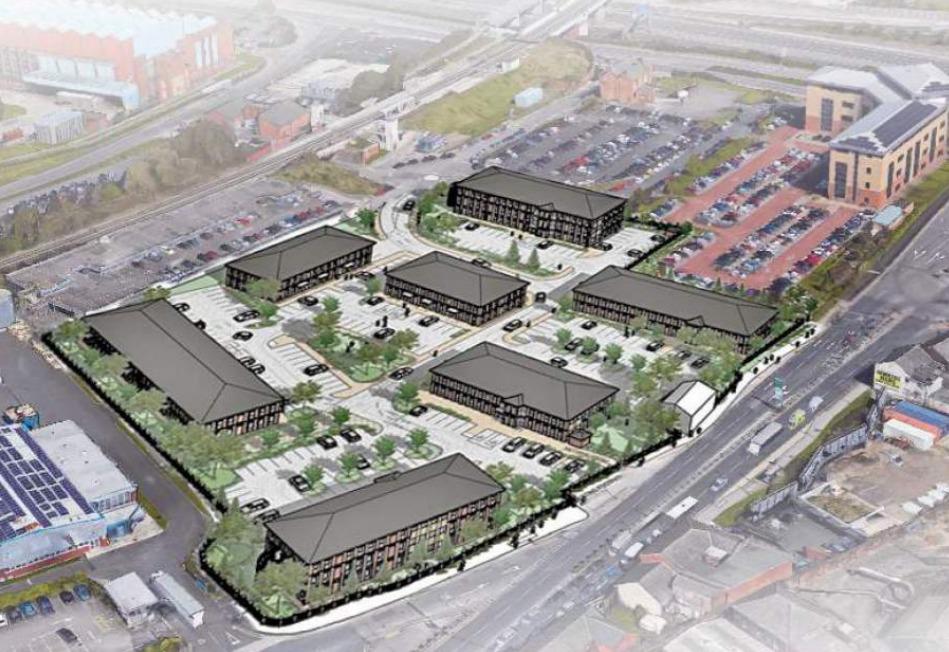 Committee chair, Coun Peter Pean, said: “I think this is an area and a site that we’ve been looking for development for some time.”

It’s thought that the development of the business park will create 120 construction jobs over the expected three-year build period and 715 jobs created when it becomes operational.

The 4.5 acre site was formerly occupied by the Siemens battery factory and is currently unused.

However for several years it has been a temporary home for the popular ‘Blackpool Comes to Oldham’ fun fair.

And 10 dwellings were given the go-ahead to be built in Greenfield.

The proposal is for ten, two and three-storey dwellings with slate roofs.

Gareth Glennon, the agent for E&G Developments Ltd  said: “It’s currently a cleared site, it’s a brownfield site in a sustainable location and it provides a mix of house types, providing ten houses.”

Coun Garth Harkness added: “There’s plenty of open space, it’s not cramped at all and I think we’re using a brownfield and I think we do need more houses in Saddleworth and this is the sort of site we should be building on.”

All the applications were approved.