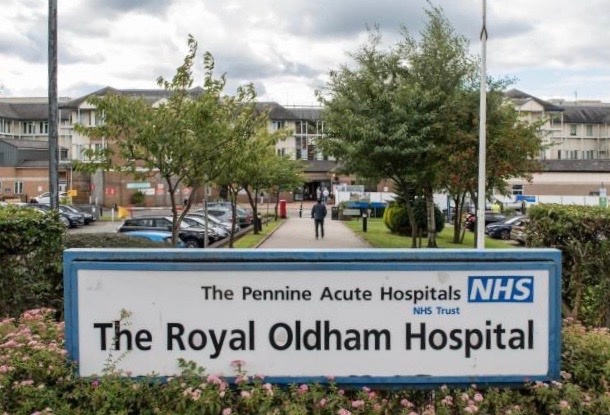 MPs in Oldham have written to health chiefs raising concerns that it took five days to notify them about a major IT failure that led to a 'critical incident' being declared at four hospitals.

The Northern Care Alliance, which operates Fairfield General in Bury, the Royal Oldham and Rochdale Infirmary, says IT issues at the hospitals are having an ‘operational impact’, meaning services are ‘slower and delayed’.

The IT glitch, which has been ongoing since May 18, is also affecting North Manchester General, which is run by Manchester University NHS Foundation Trust.

Issues with the IT system have been causing chaos with electronic prescribing, viewing patients’ medical records, finding test results – as well forcing appointments and surgeries to be cancelled. Clinical information or diagnostic tests can also not be accessed online. Thousands of patients are consequently being affected by delays to their care, and staff have had to move back to a paper system amid the instability of the online set-up.

Debbie Abrahams, the MP for Oldham East and Saddleworth, and Jim McMahon, MP for Oldham West and Royton have now piled political pressure on the alliance.

They have written to the NCA to ‘underline’ their concern’ that members of Parliament were not notified about the IT problems until five days after they had begun occurring.

“On a matter of such significance that has the potential to impact the health of our constituents we expect better,” the pair wrote.

“Unfortunately, this is not the first time an incident has occurred at the Royal Oldham, and we are informed of the issues last minute or by reading about it in the local press ourselves.

“What will you do in future to ensure that MPs are informed in a more appropriate manner or immediately following gold group? What are your processes to inform key stakeholders as part of your statutory responsibilities?”

They have also asked a series of questions of the NCA about the nature of the IT system issues and the impact on A&E delays, outpatient treatment and cancellations to routine procedures.

“This is of great concern to myself and Debbie Abrahams as MPs for the area and we have therefore written to the chief executive and the chair of the Northern Care Alliance seeking assurances that this is now being resolved and to ensure there are safeguards for the future.

“Any constituents have been impacted by these issues at the Royal Oldham Hospital, should ensure the hospital is aware and please do get in touch with myself or Debbie so that we can ensure all issues are resolved as quick as possible.”

The NCA has apologised for ‘any inconvenience’ the IT has caused to patients and says that the ‘IT department continue to do their utmost to resolve and fix the issue’.

However the alliance says it is ‘confident that the IT failure is not related to any malware or hacking incident’.

“All our patient records and personal data held remain secure and unaffected,” the NCA confirmed in a statement.