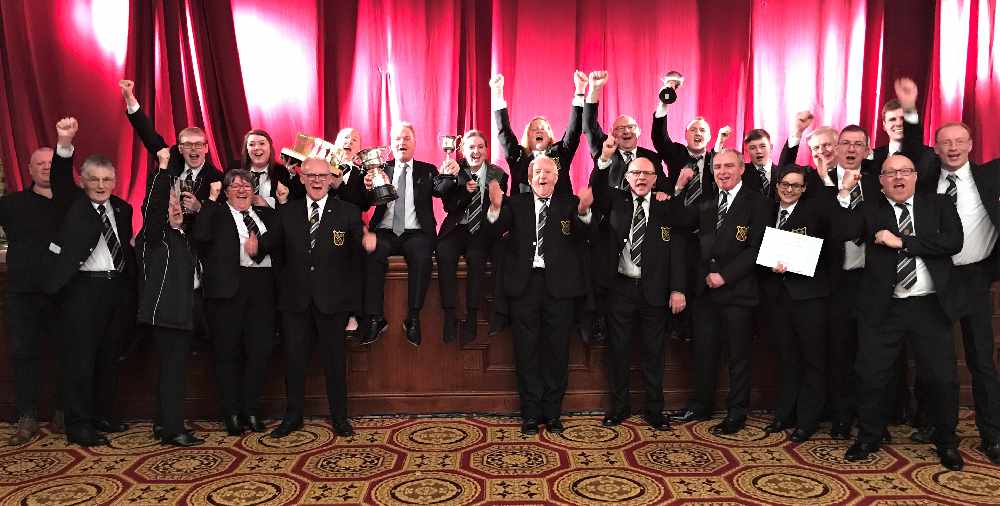 Over the past few months, the band have worked tirelessly under the musical direction of Dean Redfern, with the focus on a good result in the higher section at the North West Area Brass Band Championships.

Last month, it was promoted to the Second Section following their success in the Third Section - the pinnacle of which was being crowned 2019 National Third Section Champions.

Just last weekend, the determined band travelled to Blackpool, along with family and friends, to compete against 16 other bands from across the area.

They were pleased with their performance of the test-piece The Golden Sabre and when the adjudicators announced the prizes, the cheers of Uppermill Band and their supporters rang out in the Winter Gardens. 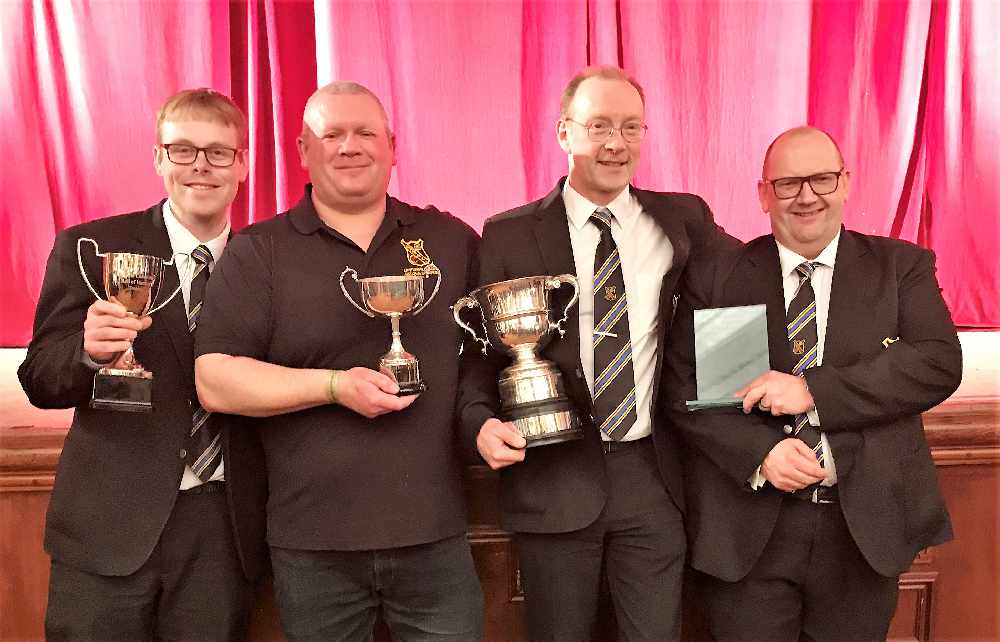 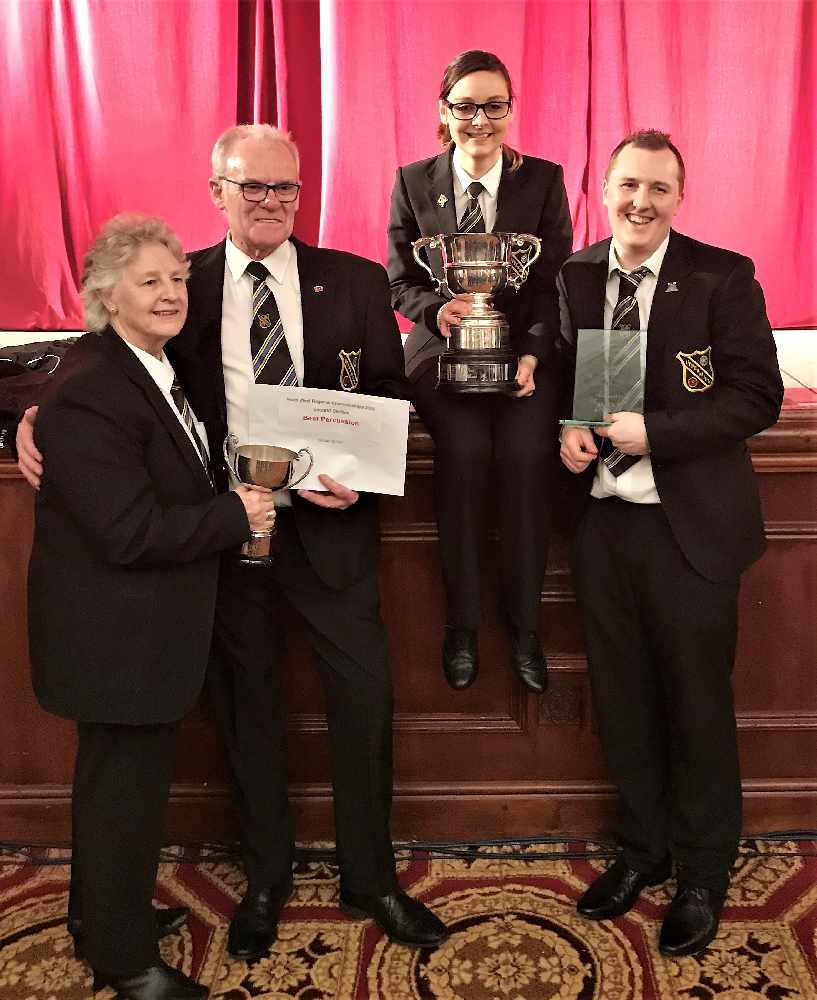 The loudest cheer, probably heard back in Saddleworth, was reserved for the announcement that Uppermill Band were the winners of the North West Area Second Section and would be invited to compete in the National Finals in Cheltenham in September.

Musical Director Dean Redfern said: "Winning the Third Section National Finals last year was a huge victory for the band with such a musical performance delivered.

"But to go to the North West Area just five months later, compete in a higher section and again win with another very musical performance is amazing.

"I am so proud of every player in the band. We have created something very special at Uppermill Band around a culture of hard work and a belief in each other, creating a true team spirit.

"We genuinely look forward to performing to our best ability at future contests and hope our success continues. It’s a privilege and pleasure to conduct Uppermill Band. Thanks to one and all." 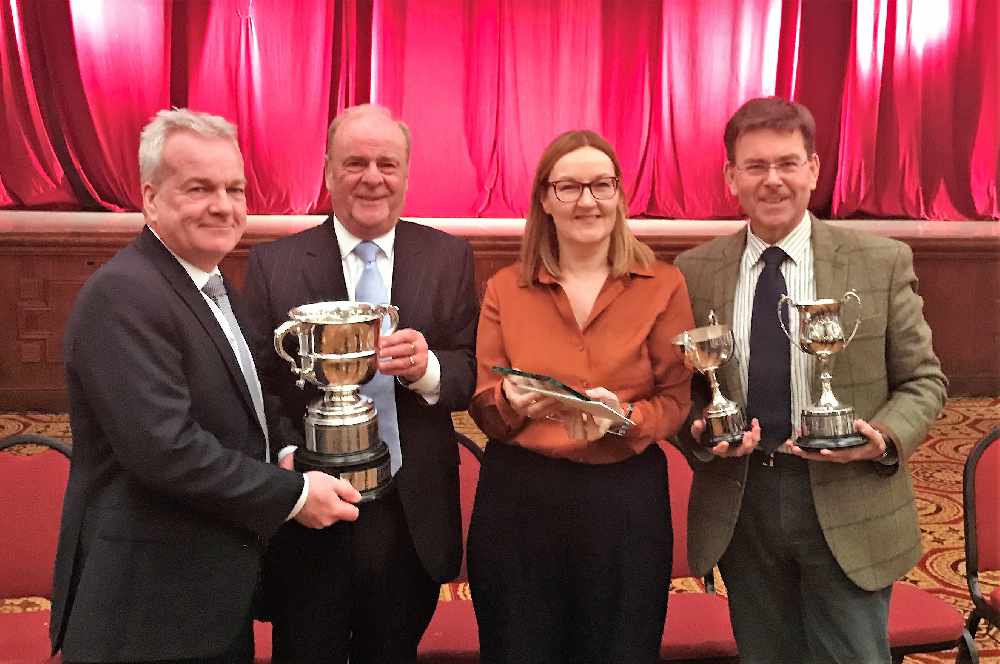 Dean Redfern receiving the trophies from adjudicators and representatives from Kapitol Promotions.

Band chairman John Ward said: "I'm absolutely overwhelmed and so very proud of Team Uppermill and our MD Dean Redfern. The band's total   commitment and hard work produced the outstanding performance on the day which 'swept the board' when the final results were announced. We now look forward to our return to Cheltenham for the National Finals in September."