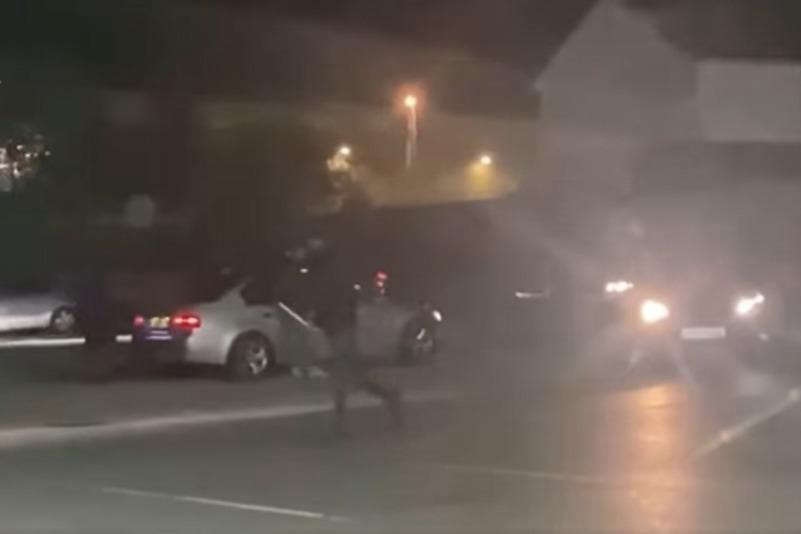 Police are appealing for information after a young man was hospitalised following a machete attack in the Westwood area of Oldham.

Greater Manchester Police were called to reports of people with machetes at Anchor Business Park, on Featherstall Road North, shortly before 10pm on Monday evening (27 September).

Footage posted on social media appears to show multiple men armed with weapons chasing cars, which crashed into each other, while one man appeared to be driven at.

When emergency services attended, they discovered a 23-year-old man who had been assaulted with a machete. He was taken to hospital with injuries but they are not thought to be life threatening.

A GMP spokesperson said: “Just before 10pm on Monday, September 27, officers were called to a report of people with machetes at Anchor Business Park, Oldham.

“Emergency services attended and located a 23-year-old male who had been assaulted with a machete. He was taken to hospital with injuries not thought to be life threatening.

“Enquiries established that vehicles had also been driven into each other at the scene before being abandoned.”

Police say enquiries are ongoing and no arrests have been made.

Alternatively, details can be passed through GMP's LiveChat function at www.gmp.police.uk or via the independent charity Crimestoppers on 0800 555 111.