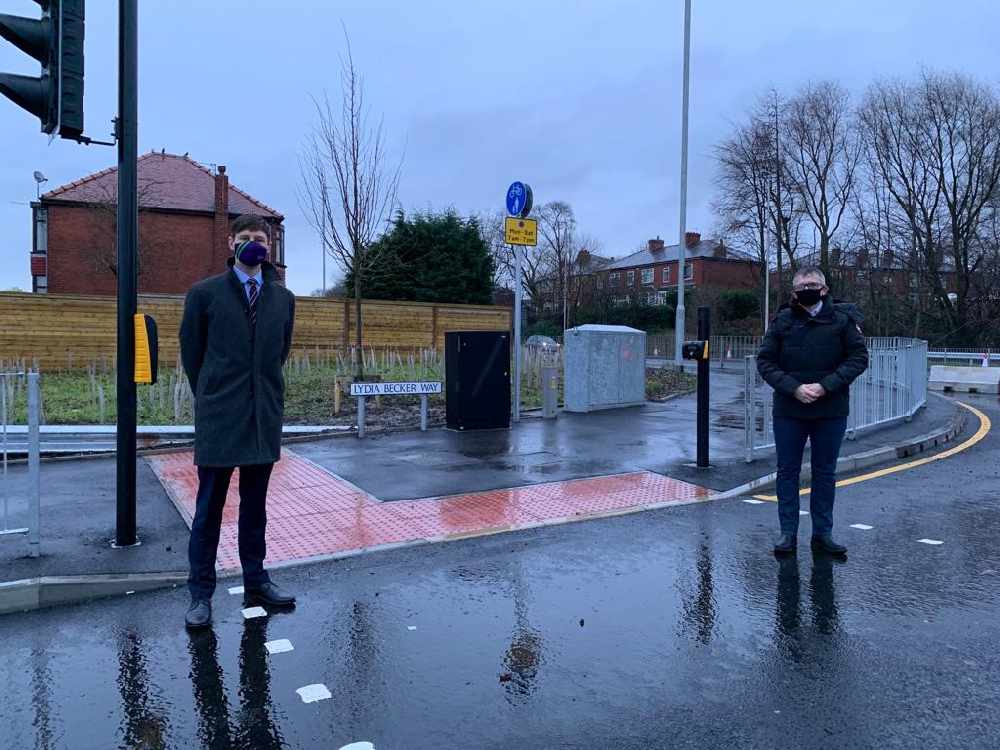 Lydia Becker Way provides access to the development which, once complete, will provide more than 600,000 sq ft of employment space and up to 500 new homes.

The road has been named after the Oldham suffragist and is accessed via a new junction on the A663 Broadway.

It ends at Foxdenton Lane in Chadderton, close to Foxdenton Hall where Lydia Becker lived with her family.

Cllr Sean Fielding, Oldham Council Leader and Cabinet Member for Economy and Skills, said: “This is an exciting milestone in the development of Broadway Green.

“The road will provide direct access to the many people that will be living and working there and improve the local highway network.

"It has been a massive infrastructure project and we are grateful for all those who helped to make it happen.”

The final stage of the road’s development began in January 2020 and included the decommissioning of former railway bridge Crossley Bridge, and the construction of a new signalised junction on Broadway.

Traffic restrictions were in place for almost 12 months and neighbours and pedestrians and road users are thanked for their patience during the construction period.

Sion Owen-Ellis, Route Manager at Highways England, said: “We worked closely with Oldham Council and partners during the planning, design and construction of the new Broadway Green link road, which provides a direct connection onto our road network.

"The new link road is in easy reach of the M60 and M62, helping local residents, commuters and businesses travelling across the North.”

Situated in a prime location, near the M62 and M60 motorways and only two miles from Oldham town centre, Broadway Green is being developed in partnership with Oldham Council, Seddon and Grasscroft Property.

The scheme will create up to 2,000 new jobs and an estimated £4.6 million annual boost to the local retail economy.

Redrow are building the first residential phase of 97 homes, while the second phase of 137 homes is being delivered by Countryside Properties.

The developments will include some affordable homes and subsequent phases will be released in due course.

In addition to new homes and employment space, the scheme will also include significant green open space in the form of a new 25-acre linear park.

Jamie Seddon, Director at Seddon Group Ltd, said: “The new road is major infrastructure project which will be the catalyst for high quality new homes and employment opportunities.

“The delivery of new homes has already commenced and further announcements will be made early in the new year about the exciting progress being made bringing forward the commercial and employment phases.”