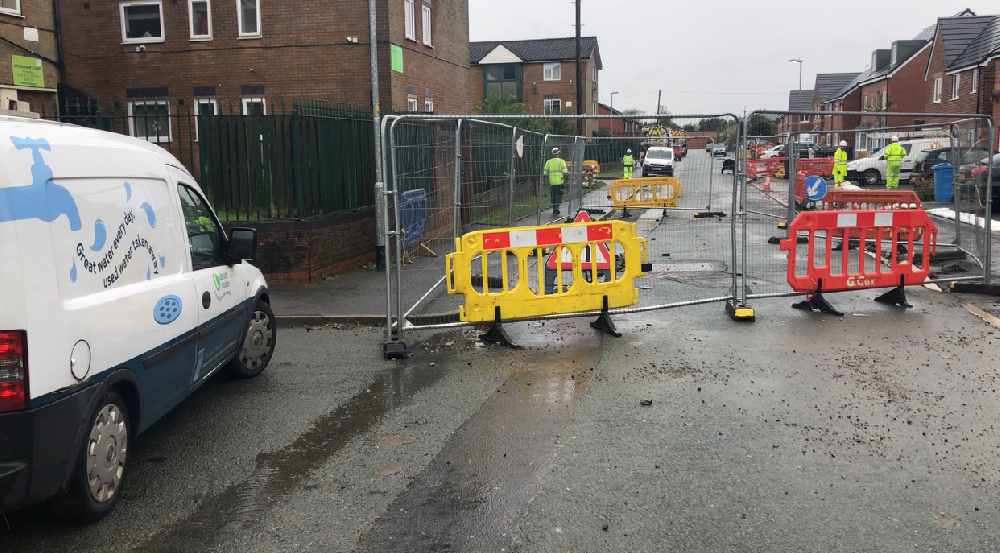 Clean-up: The work continues along Whitebank Road following the floods this weekend.

Torrential rain and high winds has brought chaos across Oldham and Saddleworth this weekend.

A Yellow Weather Warning for localised flooding was issued by the Met office for the weekend for the whole of the Greater Manchester region.

In Oldham some 20 houses were flooded on Saturday on Whitebank Road in Limeside.

But as another heavy rain band swept in earlier today more homes were affected. 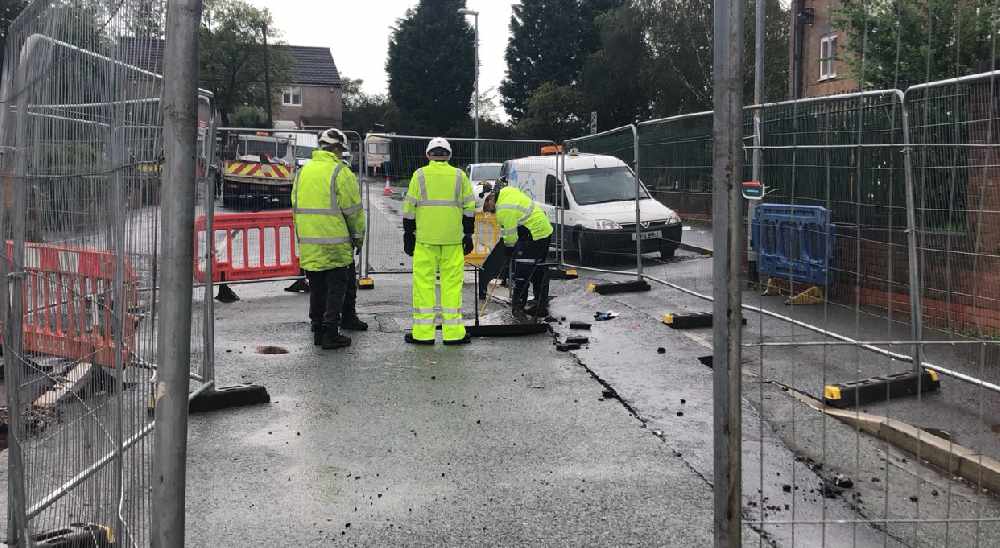 Fire crews, council workers and United Utilities were involved in helping to clear the waters with residents evacuated.

It is not yet clear if the flooding was made worse by a burst water main and investigations about the cause of the flood continue. 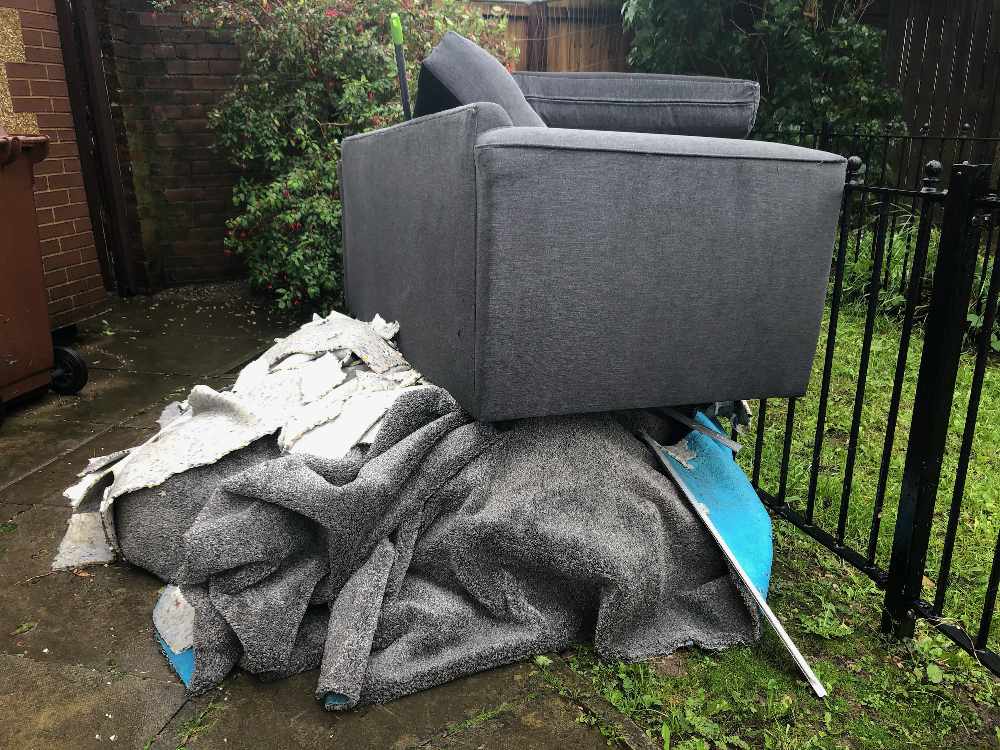 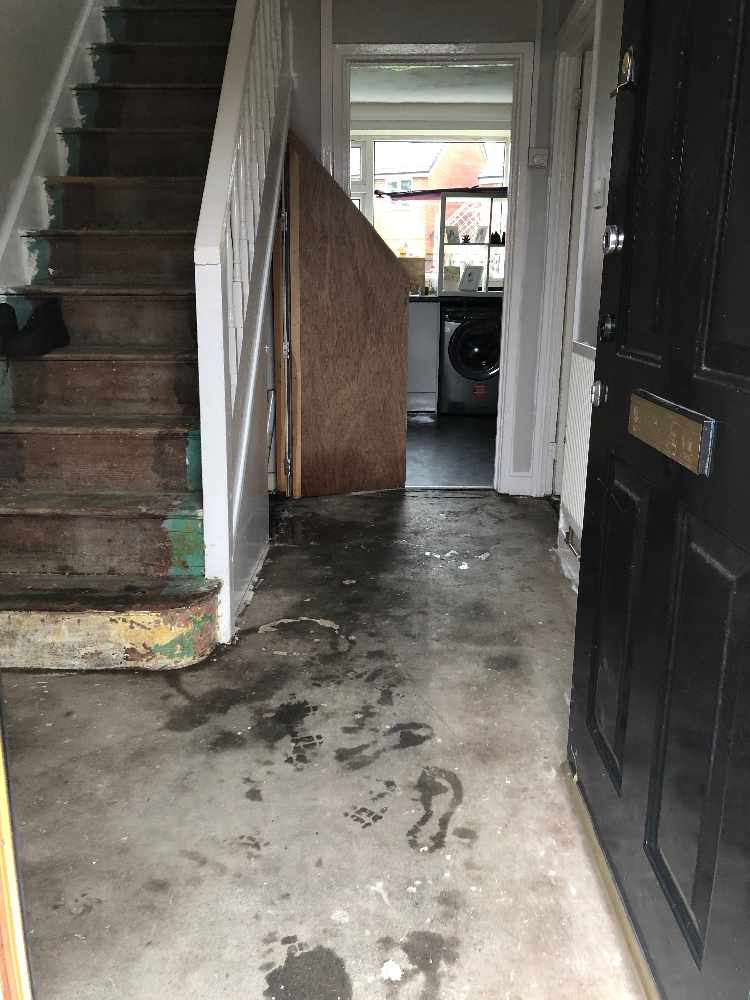 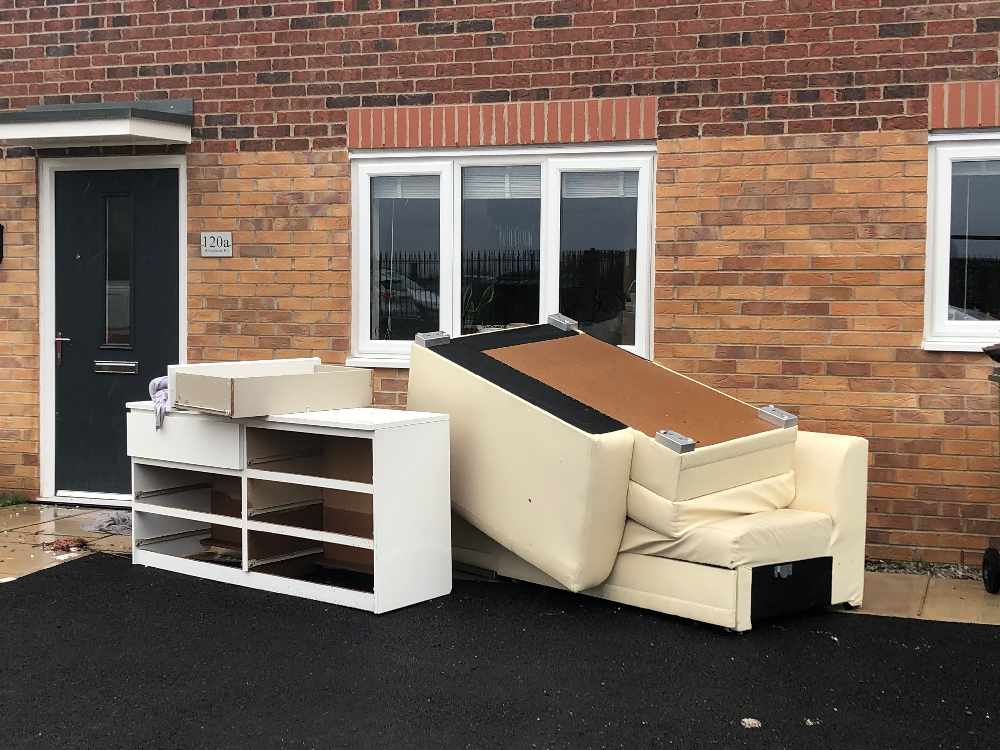 Residents however have been left with a major clean-up operation and are counting the cost, stacking ruined carpets and furniture outside their homes.

Chaos on M62 after car crashes into central reservation

Also this morning a major crash on the M62 blocked both east and westbound carriageways with thousands of travellers caught in lengthy tailbacks.

The incident happened between Junctions 21, for Milnrow and Rochdale, and Junction 22, for Denshaw.

Only one car was involved in the incident which had collided with the central reservation. 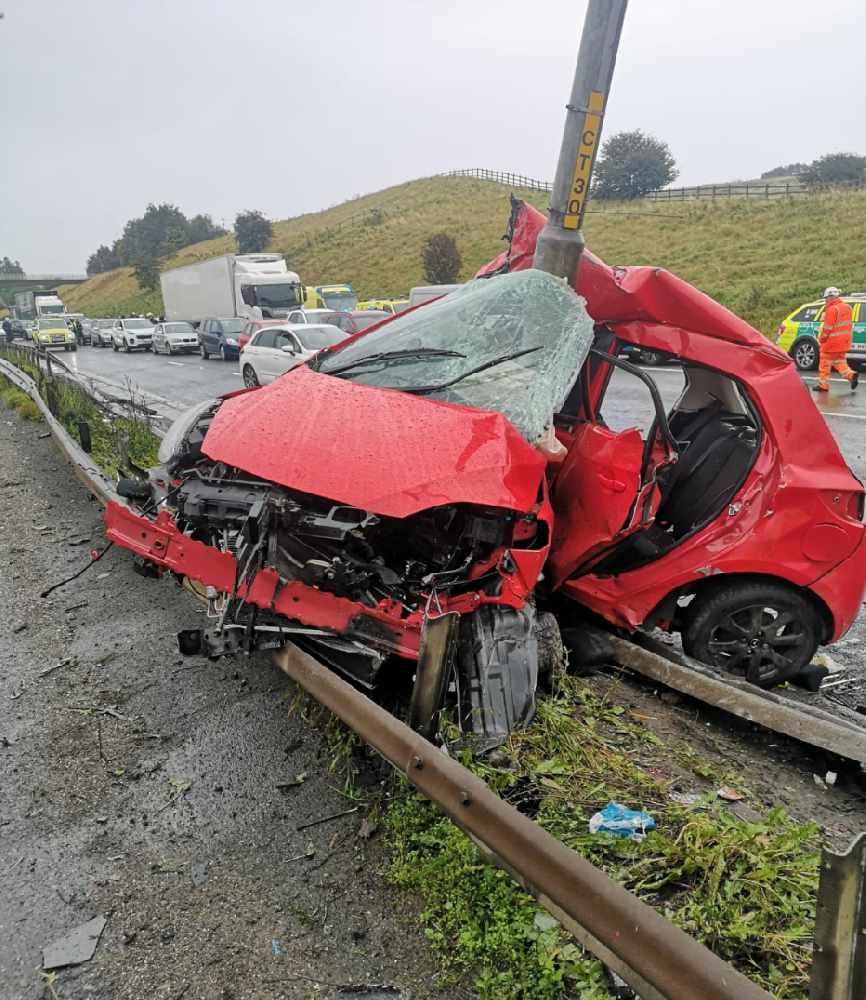 North West Motorway police released this picture of the vehicle - miraculously the occupant survived and was taken to hospital with police tweeting that the wet weather and poor driving was to blame - urging motorists to take extra care in poor conditions.

The North West Air Ambulance helicopter was also called to the scene.

The accident happened at around 11.30am, leading to approximately five miles of queues in both directions.

The motorway has since been reopened. 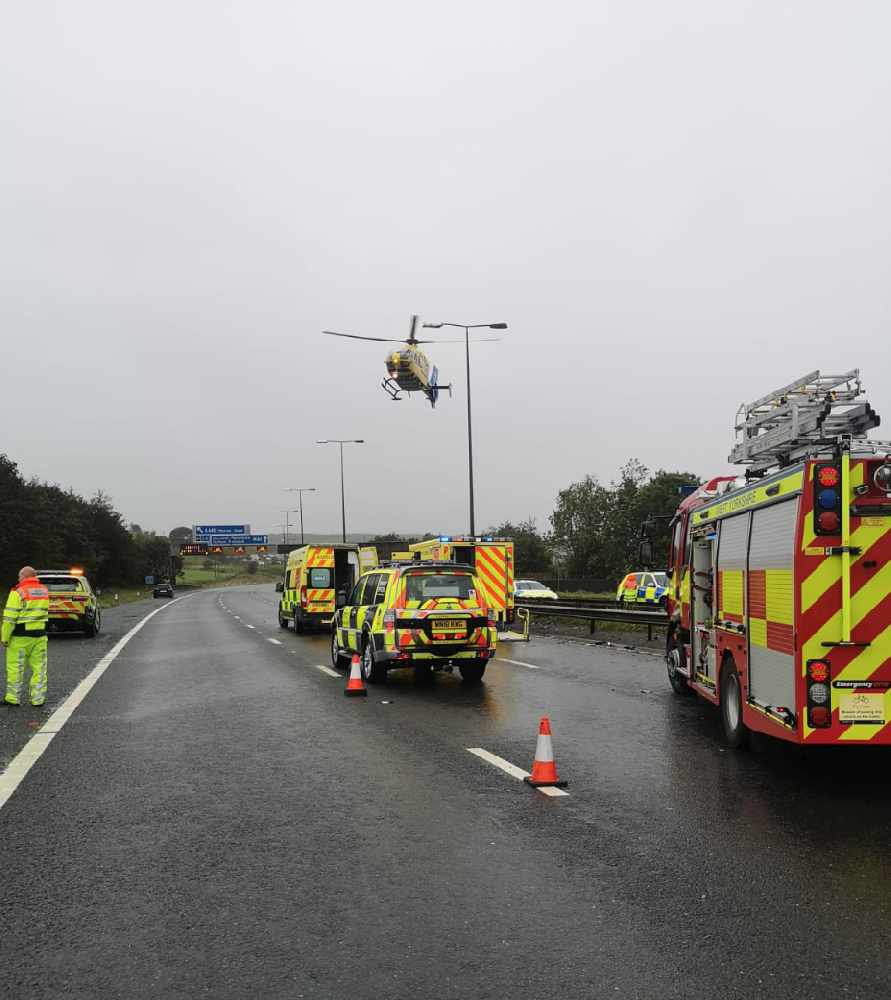 There has also been localised flooding across Saddleworth villages, with culverts unable to cope with the downpours with road problems reported in Denshaw.