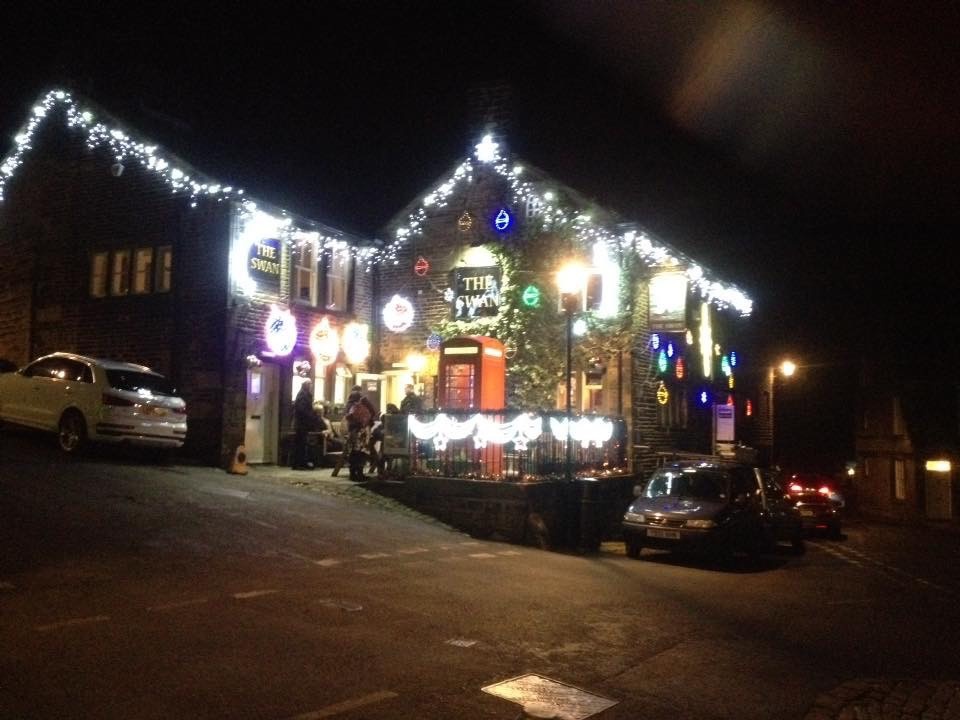 An iconic lantern beaming over a Saddleworth village heralded the launch of a Christmas lights switch-on.

The light, which sits on top of a memorial, was damaged when a wayward 40 tonne truck toppled the landmark monument in the square at Dobcross.

Villagers initially feared the monument would remain on its side for a long time, but prompted by Cllr Pam Byrne, a team from Oldham Council  restored it in double quick time.

After last Saturday’s switch on, Cllr Byrne said: “I’m delighted the lamp was able to add its own wonderful glow to the marvellous lights shining across the village.”

Scores who turned out for the event on Churchfields shared mulled wine and a visit from Father Christmas, who brought presents for the children accompanied by music from The Brass Monkeys. 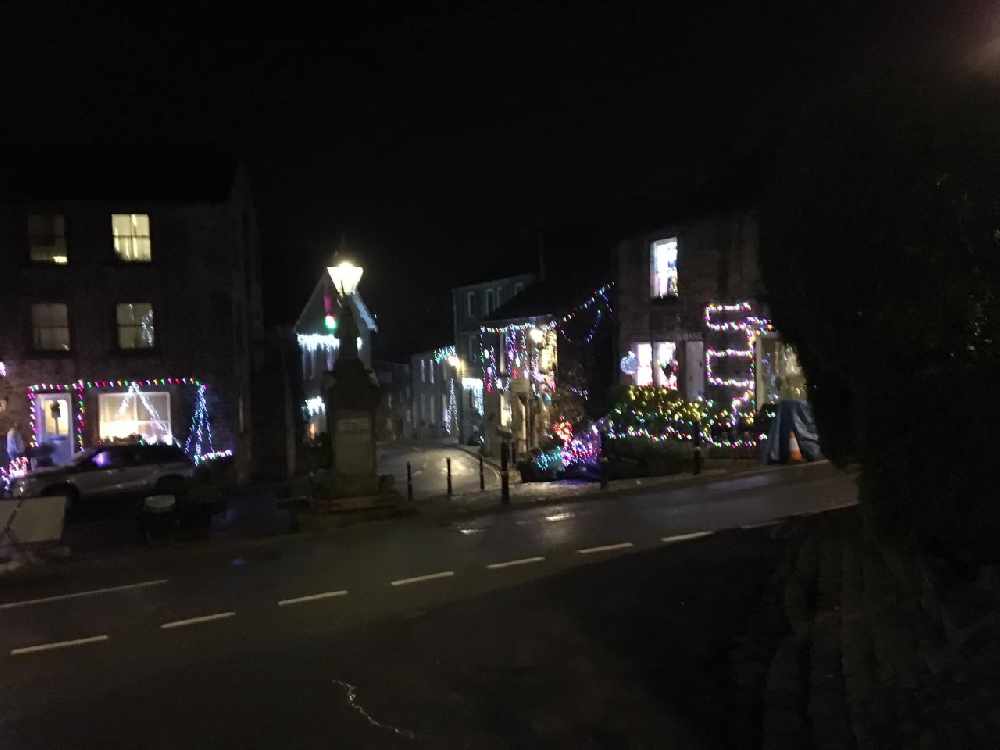 In Greenfield, guest of honour Linda Finan, stewardess of Boarshurst Band Club, enjoyed the honour of switching on the lights at the event organised by GGRA and Street Scene.

In Grotton, festive carols rang out loud from the gathering for the switch-on event at the tree by the junction of Oldham Road and Grotton Hollow. Then Father Christmas made a special visit to turn on the lights and bring Christmas cheer.

There was a happy turn out in Denshaw too on Sunday to see the lights beam out opposite the Oddfellows on Huddersfield Road.

In Delph, Father Christmas handed out presents to children and Delph Brass Band led the cheerful carols as locals thronged the crossroads at Huddersfield Road for the village’s switch-on event.

Everyone joined in the countdown to turn on the Christmas tree lights, adding to the shining decorations already on numerous homes and businesses.

In Diggle, villagers launched their event with a carol concert by KS1 school choir and Diggle band at the band club.

There was a procession to the tree with Christingle carols and light switch-on opposite Warth Mill with mulled wine and mince pies.

The Christmas light switch-on at The Three Crowns pub restaurant, Scouthead, was headed by Geoffrey Fielding of Scouthead and Austerlands Community Group and The Oldham Band (Lees) supported  carol singing.

Lees switch on took place on Friday at the Mellor Street junction of St John’s Street and High Street.

Lydgate’s switch on is scheduled for 6.10pm on Thursday night (December 5) at the Oldham Road, Platting Road junction and Uppermill’s switch on is set for around 4.15pm on Saturday, as part of the Santa Dash and Winter Wonderland.