'Large quantity' of illegal tobacco seized in raids across Oldham 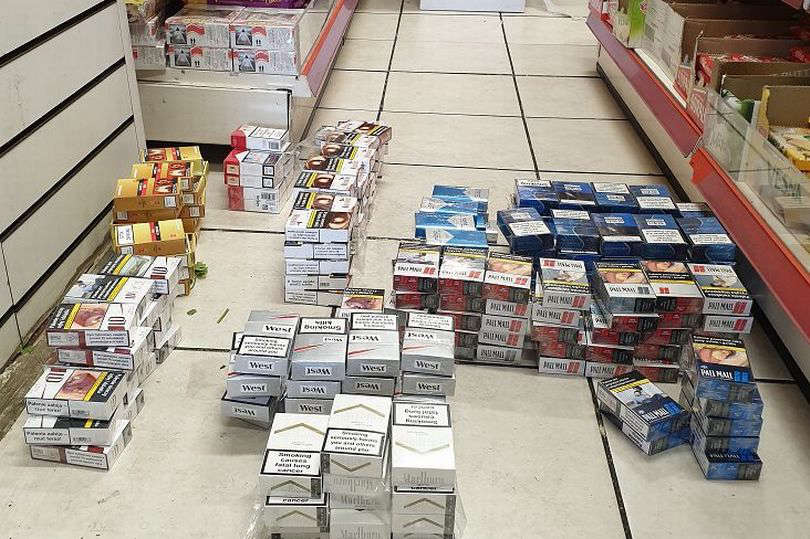 Some of the illegal cigarettes uncovered by police. Image: Greater Manchester Police.

A "large quantity" of cigarettes have been seized following a police crackdown on illegal tobacco across Oldham.

Greater Manchester Police took sniffer dogs to seven shops, as part of an operation working with Trading Standards, and said "illegal tobacco" was discovered at five of them.

The force shared a picture of some of the goods found by officers.

In a post on Facebook, police said: "Officers from the Waterhead neighbourhood team conducted a joint operation with Trading Standards on Saturday (10 July) in relation to illegal tobacco.

"Using specially trained sniffer dogs five out of seven shops visited were found to be in possession of illegal products."