Injured man evacuated by mountain rescue on hills above Delph 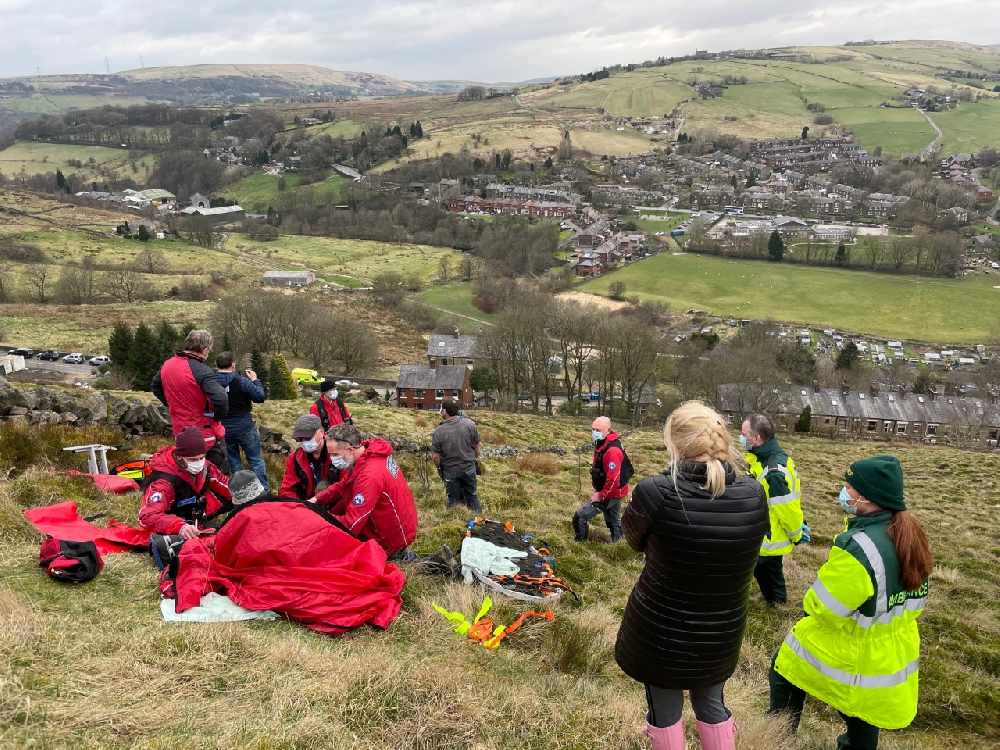 Drama came to hills above Delph on Tuesday afternoon (23 March) when Oldham Mountain Rescue Team were turned out, after a request from North West Ambulance Service to evacuate an injured man.

He suffered a leg injury on Knott Hill and NWAS crew at the scene treated the casualty when mountain rescue arrived.

After a quick assessment by the mountain rescue doctor, they applied a leg splint and packaged him on the team’s stretcher and sledged down the hill to a waiting ambulance. 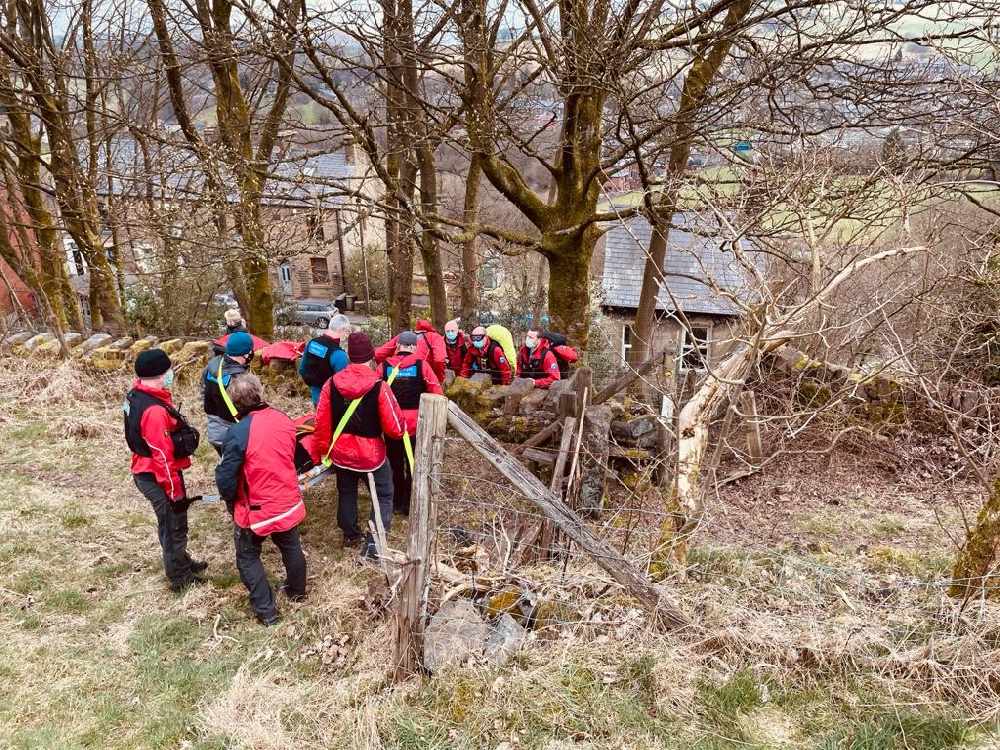 Said an OMRT spokesperson: “Thanks to a couple who allowed us access via their garden, which made life a lot easier.”

Seventeen OMRT personnel were involved for one hour and 30 minutes.