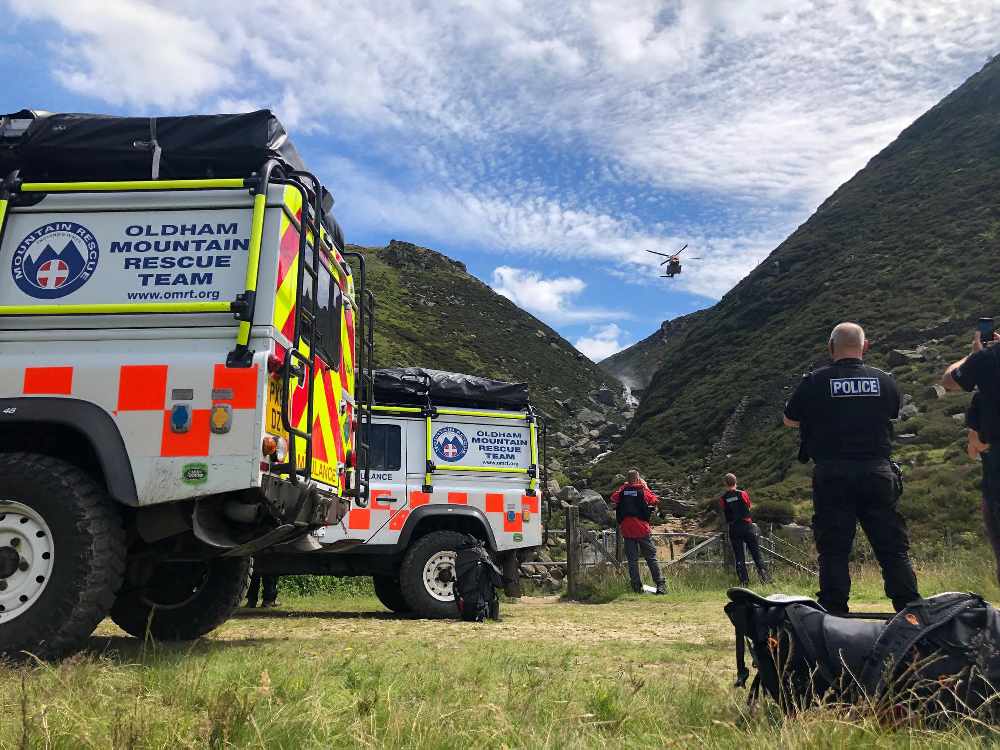 A huge rescue operation was launched to help a walker who was taken to hospital with a badly broken ankle after she fell in the Greenfield Reservoir area.

Police, mountain rescue crew members, the ambulance service and the coastguard were summoned to assist the 36-year-old woman in challenging conditions on Sunday afternoon (July 12).

She had got into difficulty whilst walking with a friend and had to be taken off the hillside by the coastguard helicopter, before being transported to The Royal Oldham Hospital to receive treatment. 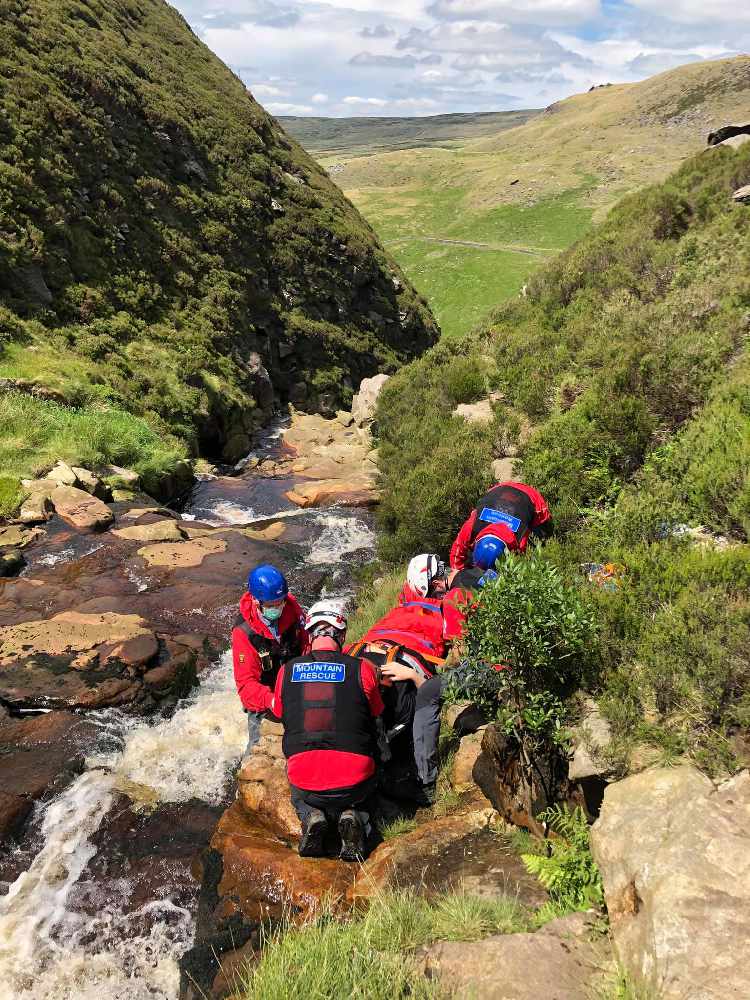 Oldham Mountain Rescue Team said: "The team were alerted by both North West Ambulance Service and Greater Manchester Police to reports of a female who had fallen somewhere in the Greenfield Reservoir area and sustained a badly broken ankle.

"Due to the poor phone signal, we could not use PhoneFind accurately, so had to rely on a combination of local knowledge and the guidance of passers-by who pointed us in the right direction. A quick search led to the casualty's location by the waterfall in Birchen Clough.

"As the casualty was being treated by the Team Doctor and NWAS, assistance was requested from the Maritime and Coastguard Agency helicopter to help with extraction from the steep sided clough.

"At this point, we again put our colleagues from Holme Valley Mountain Rescue Team on standby, just in case the helicopter couldn't make it and we had to carry. Fortunately, the helicopter from Humberside was tasked and the casualty was winched on the Team stretcher for onward transport to hospital.

"The casualty's friend was walked off the hill and taken back to her car by GMP Saddleworth and Lees, leaving us to gather our kit and return to base to prepare for the next time we're needed."