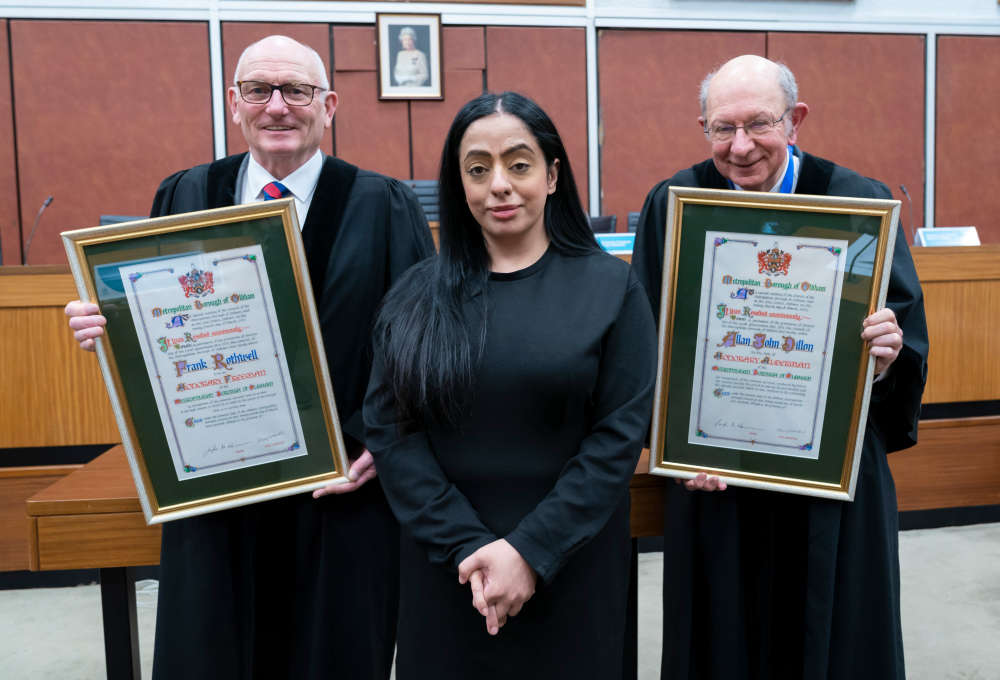 However, due to disruption caused by the Covid-19 pandemic, they had to wait to receive these prestigious titles in front of their close family and friends, and elected members of the council.

Frank, who is also the council's first ever Ambassador for Business, was awarded Freeman of the Borough for his outstanding contributions to Oldham, in addition to his inspiring charity work.

As well as being a Patron of Mahdlo Youth Zone, Frank more recently became the oldest man ever to row across any ocean solo and unsupported at the age of 70 during his journey across the Atlantic – of which he raised £1.1 million for Alzheimer's Research.

On receiving his honour, Frank said: “Becoming a Freeman of the Borough has been the greatest achievement of my life and I am overjoyed to have received this local recognition.

“Oldham has been in my heart for many, many years since my wife and I first moved to Royton in our early 20s, and over the last 43 years we’ve grown our successful Manchester Cabin business in South Chadderton which is now in the good hands of our children, Luke and Susan.

“I love having the opportunity to give something back to this town, alongside charities that are dear to me, and I will continue to do even more including offering my support to local businesses as part of my new role as Oldham’s first Ambassador for Business.” 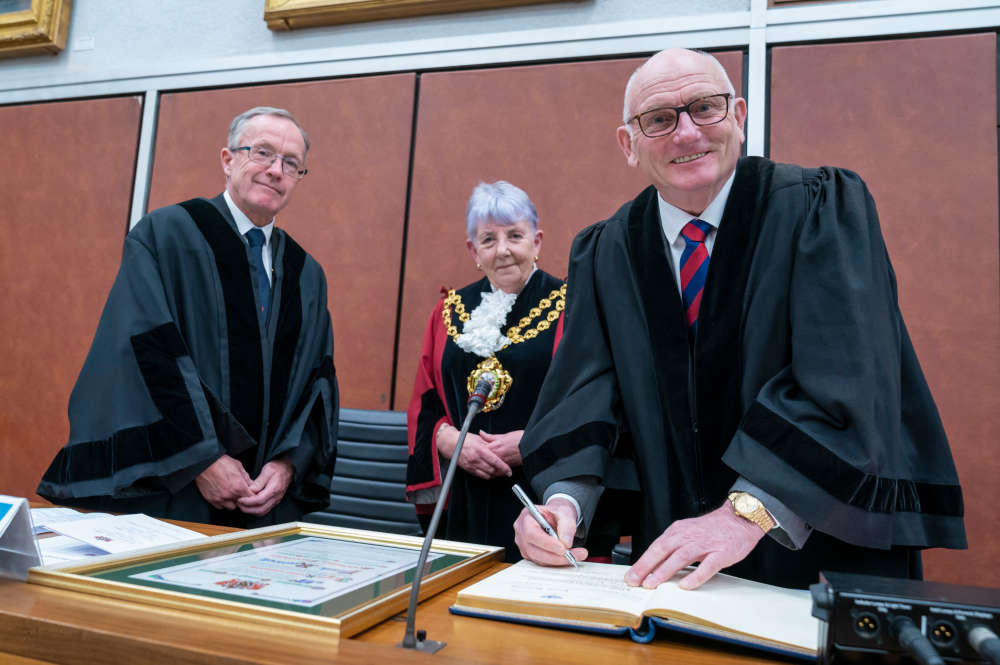 Councillor Arooj Shah, Leader of Oldham Council, said: “Frank is well known and respected in Oldham for the tremendous work he has done and it is all thoroughly deserved.

“Not only is he a very successful businessman and an inspiration to local entrepreneurs, he is also an extremely generous human being as we have all seen with his astonishing charity work.

“He really deserves this title and we couldn’t be prouder of him for what he has achieved.”

Meanwhile, John becomes only the ninth person to receive the roll of Honorary Alderman of the Borough – a title the council may confer to someone who has rendered eminent services to the council as a past member.

John served on the council for 29 years, first representing Crompton Ward in 1986 as the borough’s first Social Democratic Party councillor.

He also became Mayor in 2000 and was a member of the inaugural Shaw and Crompton Parish Council in 1987 of which he became chairman three years later. 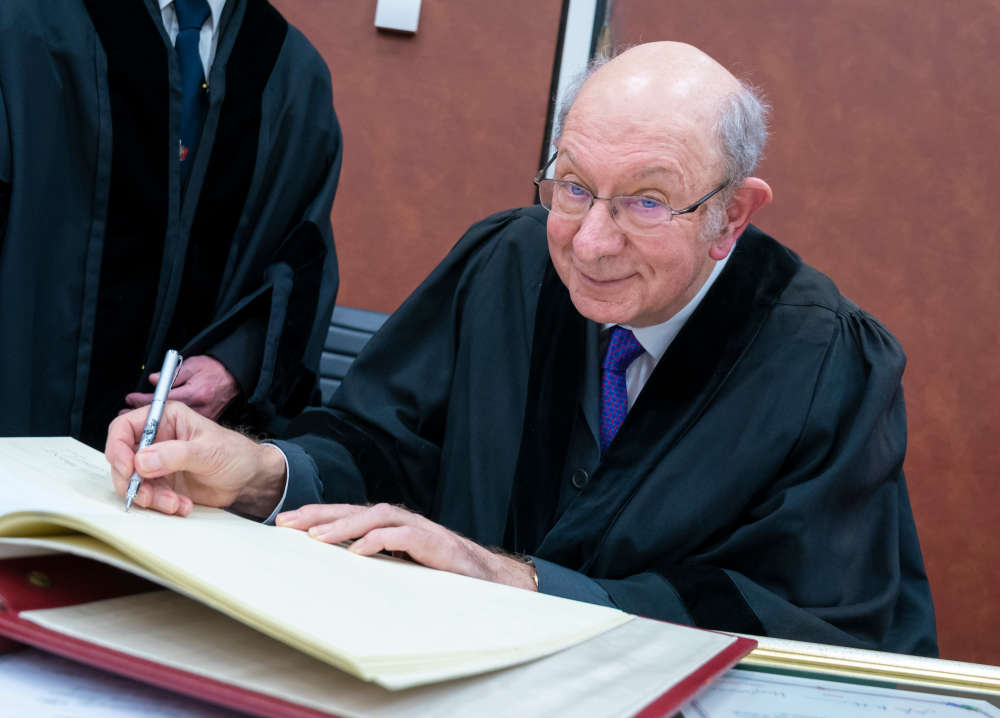 Speaking at the event on Tuesday 22 March, John said: “My first connection with Oldham politics was 54 years ago whilst waiting for a number 10 bus outside Oldham Town Hall.

“I lived in Stockport at the time but little did I know I would make my home here in Shaw and I would have an influence on the development of the borough and later be given an honour by the borough too.

“My memorable occasions were becoming chairman of Shaw and Crompton Parish Council in 1990 and, in the millennium year, becoming Mayor of Oldham.”

“I want to thank members of the council for confirming my honorary aldermanship, my political colleagues, the residents of Crompton who supported me for 29 years, colleagues within the council and Transport for Greater Manchester for their help and guidance over my many years as a councillor, and of course my wife Philomena.”

Councillor Shah added: “John was a dedicated servant to the people of Crompton and the borough more widely during his time on the council.

“Not many councillors have served longer than him, and it’s only fitting that we mark the service and contributions he has provided to the people of Oldham.”

John stepped down as a councillor in 2015.