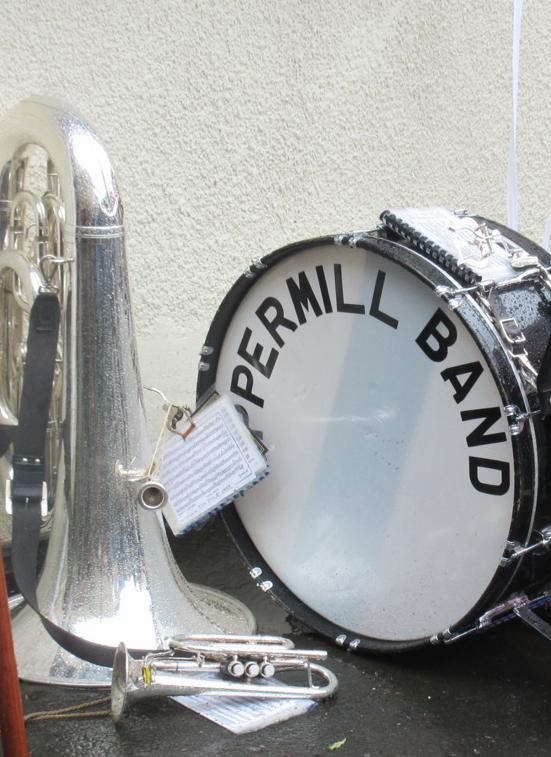 Uppermill Band will be performing what it has called its Homecoming Concert when it returns to Uppermill.

The concert at Uppermill Conservative Club at 2pm on Sunday 8 May will be their first full performance in the Saddleworth village since the lockdown of spring 2020.

The band's return to Uppermill comes off the back of some great success prior to the pandemic: Third Section National Champions of Great Britain (September 2019) and Second Section North West Area Champions (Feb 2020) and National Finalists in September 2021.

The road back to performing in the village has seen its share of challenges though.

As with so many bands in the country, the pandemic has had an impact on bands and their members.

MD Jamie Cooper said: "Take a look at the banding press and you will see streams of adverts from bands all over the country looking for players in all positions. The pandemic has hit banding harder than people realise and, like other bands in the area, Uppermill Band has vacancies."

A recent report on the BBC highlighted how the pandemic has affected the physical and or mental health of thousands of bandspeople across the country.

The removal of routine and the absence and security of rehearsal, teamwork and life-lasting friendships all took their toll - not to mention the impact of the changes to home routine and circumstances.  As with many others across the world, people were stretched emotionally and physically and re-evaluated their priorities. Many just stopped playing.

Uppermill Band hasn’t been quiet in the village during the past two years, the band performed briefly and within the legal guidelines on both the Covid-restricted Whit Friday mornings, playing ‘Hail Smiling Morn’  to maintain years of tradition. Recently it joined with other Saddleworth bands in the successful Massed Brass concert at the Civic Hall.

The band is excited to return to its true home in Uppermill for its first full performance since the pandemic.

MD Jamie said: "Like other bands we need a few more regular players and as we return to rehearsal and concerts, our performance at the Con Club is not only a great chance for us to perform in our village but also for any brass players who have paused their playing to come and see what we are about as a band and consider returning to banding  - a hobby that is steeped in local history."

The band also has a busy programme of events over the summer. Brass players interested in finding out more can do so by either calling MD Jamie Cooper on 07830 128167, emailing uppermillbrassband@gmail.com or just come along and chat to any band member on Sunday (8 May).