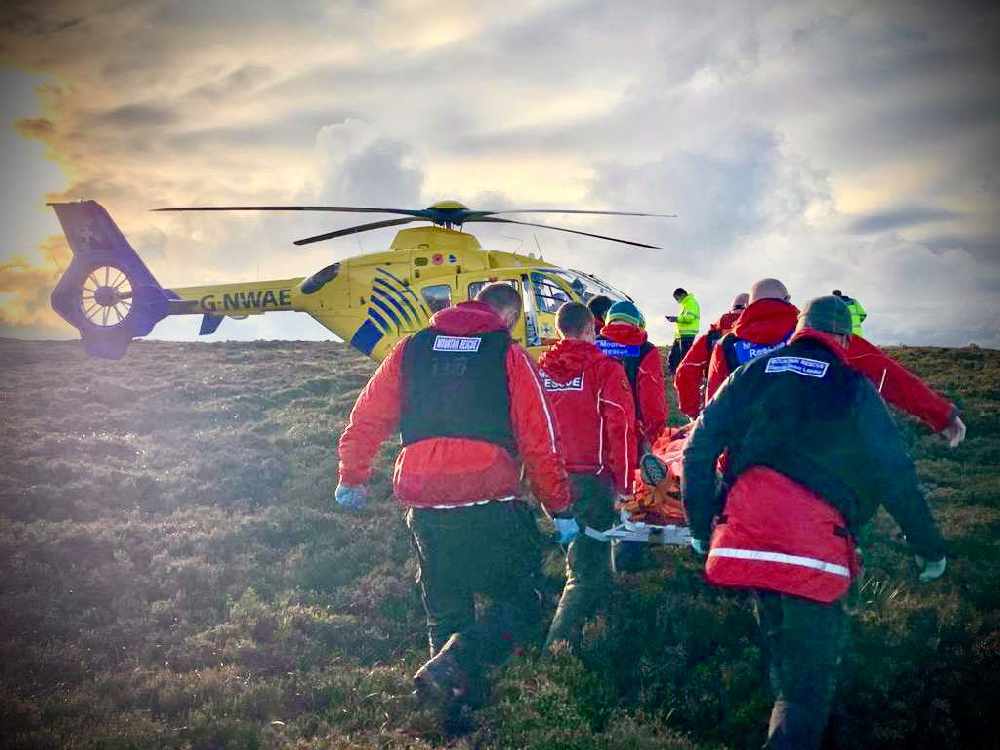 Oldham's heroes of the hills praised passers-by who helped in a dramatic rescue of an injured fell runner.

The two unnamed people kept the woman warm until the 14-strong Oldham Mountain Rescue Team arrived on the scene near Ashway Gap at Dovestones.

The team had received a request from Greater Manchester Police for assistance with the location and evacuation of the runner who had fallen and injured her knee while running the Edges Path.

An OMRT spokesperson said: “Police used location finding technology to pinpoint her location and our team were soon up with her and able to medically assess and treat her injury.

“Due to the location, a helicopter from North West Air Ambulance was requested to airlift the casualty, saving a long and potentially difficult stretcher carry.

“We’d like to thank the two passers-by who stopped to offer assistance and kept the casualty warm until we arrived, and thanks as ever to NWAA for the help.”

OMRT personnel were involved for three hours and seven minutes.

The incident happened on Tuesday (10 November).