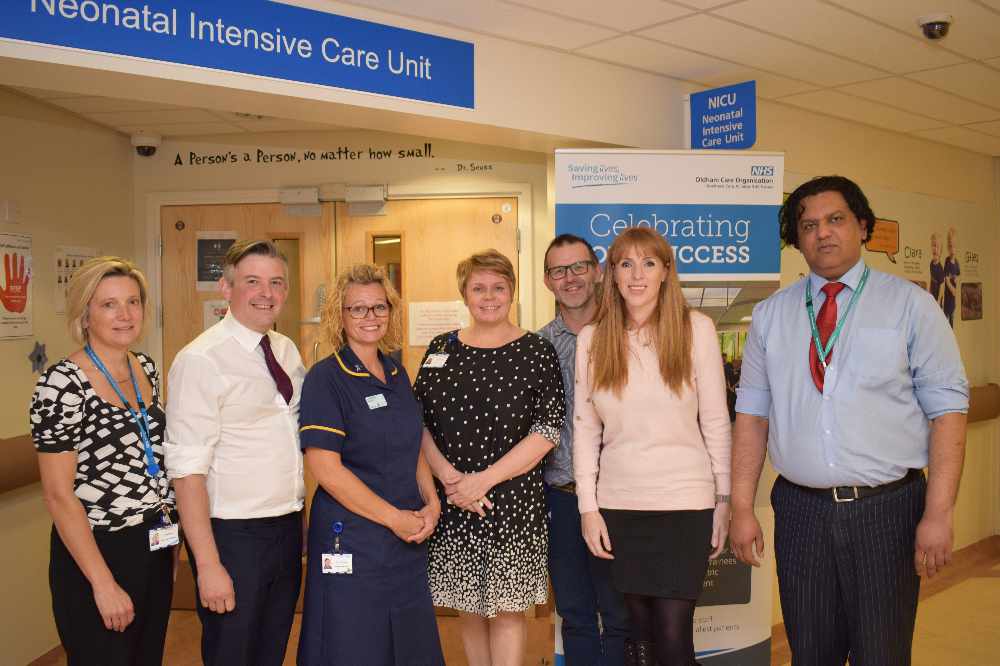 Oldham residents, including the homeless and asylum seekers, will be asked if they feel lonely or depressed during routine health checks under groundbreaking new plans to support people with their mental health.

Chiefs yesterday unveiled the ‘Oldham health check’, which will build on the existing NHS service where GPs invite apparently healthy people aged 40 to 74 for a check up to see if they are at risk of developing heart or circulation problems.
However the boosted check – thought to be the first nationwide to specifically target more vulnerable groups, such as veterans – will also try to detect and address mental health issues.
The Oldham health check, which was backed by shadow health secretary Jonathan Ashworth and the borough’s three MPs, will begin from April 1 next year.
Bosses are also seeking to address mental health issues with a different approach to prescribing medicines or antidepressants – so called ‘social prescribing’.
People who reveal they are feeling isolated or down during the checks will be directed towards community and voluntary groups that can help them socialise, take part in activities and exercise.
Councillor Zahid Chauhan, cabinet member for health and social care, told the Local Democracy Reporting Service that it would be open to everyone, regardless of immigration status.
“I think there is a basic human question – do I want to live in a society where someone who has been unfortunate and does not have that status cannot not access the help they need?” he said.
“I would not apologise for saying that those people who are a vulnerable group in our society need our support.”
Coun Chauhan, who is a GP in the borough, added that the boosted check up was a ‘common sense’ approach.
“Everything that happens to our body and our mind will eventually result in a health condition, and that health condition will have an impact not only on that individual, but also their families, carers and the wider society where it has an economic impact as well,” he said.
“Devolution has allowed us to do things differently, it gives us that framework which helps us to integrate things and that integration will hopefully show the results and real benefits for residents.”
The test of success for the check in the long term will be if they are able to reduce mental health admissions, and see other conditions such as type-two diabetes and strokes come down.
Speaking in the council chamber, Jonathan Ashworth MP said that Labour could adopt Oldham’s health check model as a policy if it came into power following a general election.
“Health inequalities in our society are getting wider; if you are born and live in poverty you get ill quicker and die sooner,” he said.
“And that is why I think the project you are launching here is so exciting because you are coming together with the CCG and the public health functions of the local authority, to look at these problems and come up with innovative solutions.
“So you’re not saying the standard health check is good enough, you’re going further and adding on the mental health side of it as well which I think is so important.
“You’re actually leading the way here and what we are seeing here, I would hope if I am fortunate enough to become the health secretary is the sort of thing we would want to see rolled out across the country.”