Gearing up for the winter 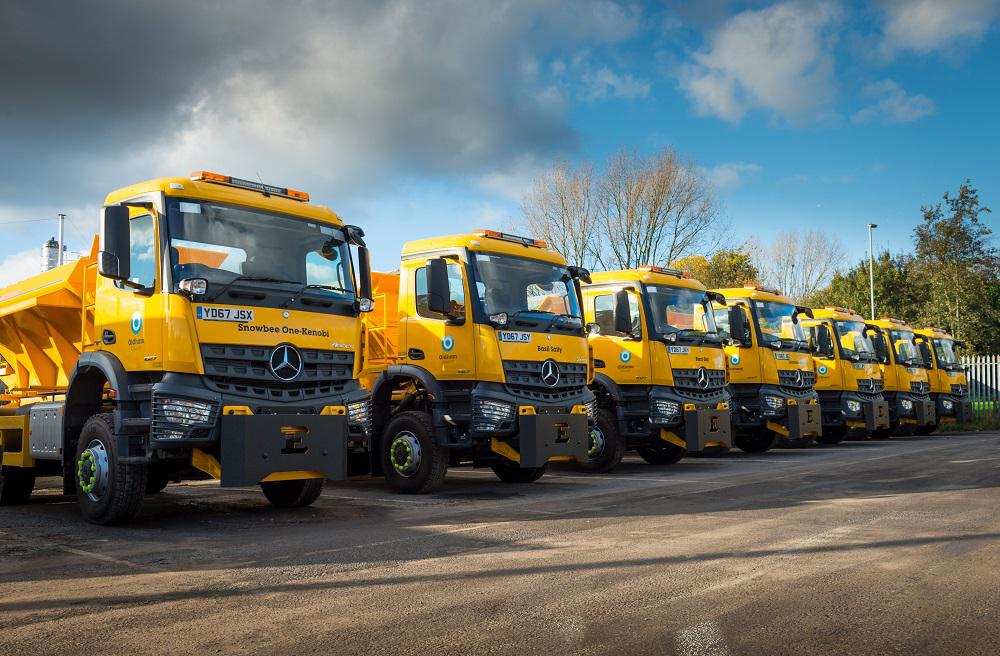 Oldham Council are gearing up for the winter weather to help keep the borough moving over the coming months.

Grit stocks, systems and services are in place to meet the challenge if there is any repeat of the heavy snowfall we've experienced in recent years.

Helen Lockwood, Deputy Chief Executive of Oldham Council, said: "Over recent years we’ve had some heavy snow, including the Beast from The East.

“Hopefully we’ll avoid the worst of it, but we don’t want to be complacent. We’ve looked at how things have gone in the past and tried to make improvements to the way we work. We're always looking to learn lessons to ensure we have contingency plans in place for every foreseeable eventuality, including heavy snowfall.

“We’ve achieved a great deal of success in keeping the borough moving during previous harsh winters thanks to our planning and close monitoring but it’s also important that everyone does their bit to help out.

“We’re doing as much as we can with the resources available to us, but everyone can help out in their own way. Help out your neighbour, especially if they vulnerable. Why not grit their path or knock on to see if they are okay and ask if they fancy a brew?

“Keep up to date with what is going on via our website and social media and also keep your eye on local road and weather reports, so you don’t get caught out. We’ve stockpiled more than adequate supplies of road-gritting salt and we will be adding to them over the coming months."

The fleet of gritters - Winston Chur-chill, Brad Grit, Nick Gritshaw, Basil Salty, Gritiana Grande, Snowbee One-Kenobi, Leonardo de-ice-io and Nicole Saltslinger, which last year gritted thousands of miles of adopted highway, have already been out and are ready for use 24-hours a day to keep roads clear.

As far as reasonably possible, the council say they will keep the primary highway network free of ice and snow at all times in order to help ensure a safe journey for commuters and residents.

Resources are initially directed to gritting seven priority routes, including the trans-Pennine roads and most of the principal, classified and major bus routes.

Over the coming weeks, workers will also be out filling the 596 grit bins which are dotted around the borough so residents can make sure their paths – and those of their neighbours - are free from ice and snow.

To keep residents fully informed of any developments, the Oldham Council website - http://www.oldham.gov.uk/winter - will be updated continually and feature the latest news on school closures, gritting routes and locations of grit bins.

Schools also have a text messaging system to inform parents if they are closing for the day.

If you require further information about gritting, ring 0161 770 4421 or email gritting@oldham.gov.uk.