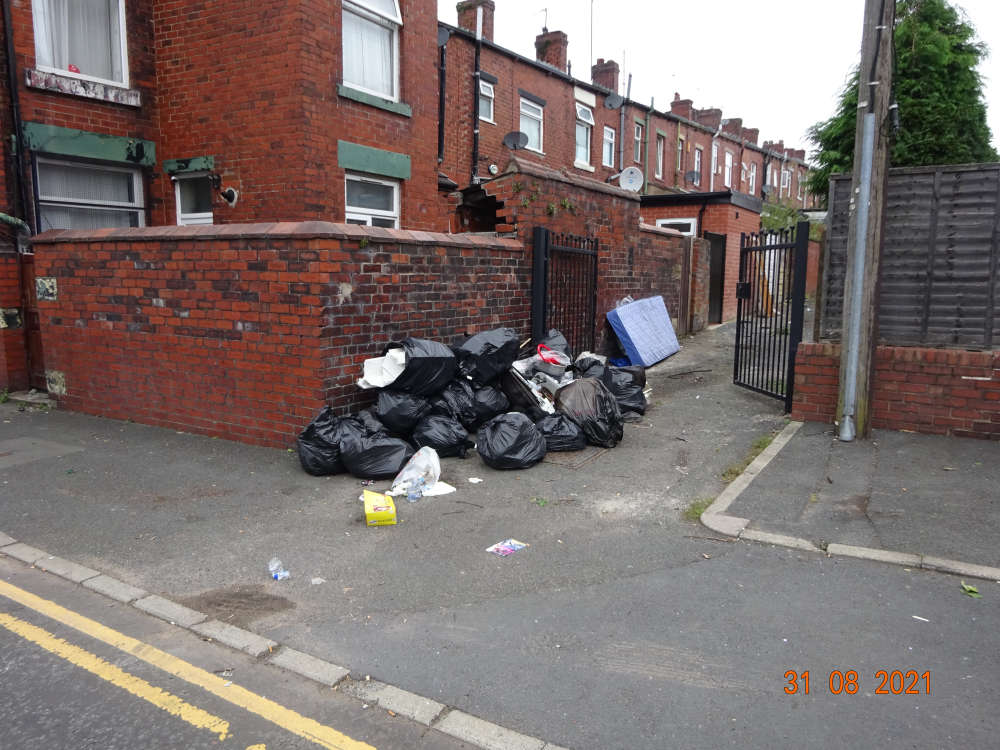 The rubbish on Dowry Street.

Four residents in Oldham have been prosecuted by the council after they discarded waste and litter in the borough.

All the cases were heard at Tameside Magistrates' Court and resulted in fines and costs of more than £3,100 being handed out to the defendants.

Back in August last year, Naomi Mullen, of Edith Street, admitted to a council enforcement officer that she had left a bag of rubbish on Dowry Street.

The 26-year-old was given a fixed penalty notice which she failed to pay so the case was taken to court. Mullen failed to appear and the case was proved in her absence and she was found guilty of a littering offence. She was given a fine of £220, £34 victim surcharge and £574 in costs.

Susan Rutter, of Chapel Road Road, Hollinwood, failed to appear in court on 8 April. In December 2020 evidence found in a bag of dumped waste was linked to her. She was found guilty of a Duty of Care offence in her absence and fined £366 and victim surcharge of £34.

Sherrie Morgan, 31 of Ash Street, Failsworth, pleaded guilty to littering and Duty of Care offences. The offences took place in 2018. She was fined £720, a £72 victim surcharge and told to pay costs of £500. 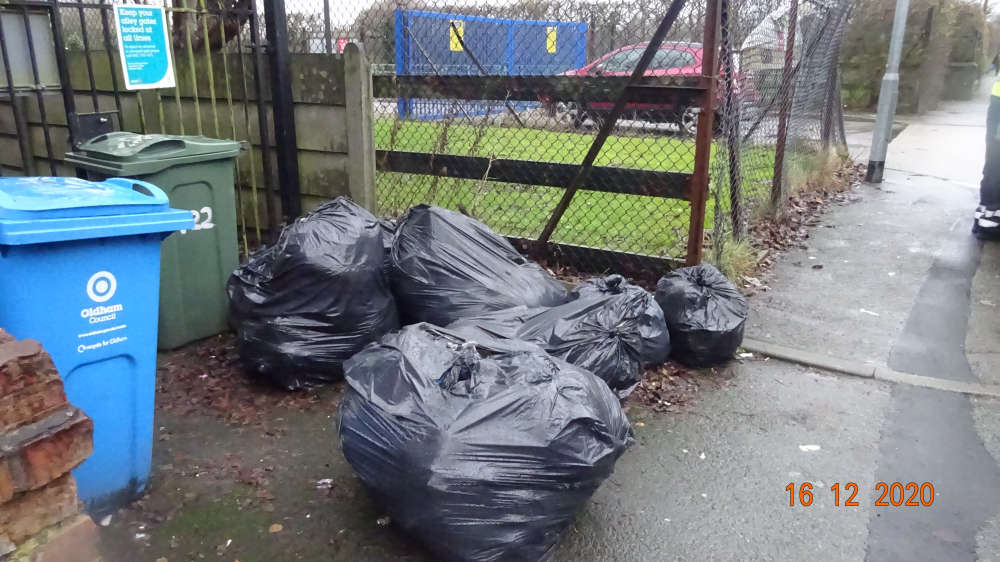 In September 2021 a driver was witnessed throwing a cigarette from a car onto Middleton Road. Leanne Adamson was summonsed to court of April 25 but she did not appear. The case was proven in her absence and she was found guilty of a littering offence. The 36-year-old was fined £224, with a £34 victim surcharge and ordered to pay £400 in costs.

Emma Barton, Oldham Council’s Executive Director for Place and Economic Growth, said: “We care about supporting our residents and businesses to have a cleaner borough; this is a priority for the council and prosecutions like this show how serious we are about litter and fly-tipping. We will continue to take action against those who don’t respect Oldham.

“We are currently recruiting more enforcement officers who’ll be working across the borough. If they see littering, fly-tipping or dumped waste they’ll investigate and if evidence is found we’ll take further action.

“Cleaning up rubbish dumped, thrown and dropped costs every council taxpayer – and with your help and support we can help improve the borough and save money which can then be spent on other essential services.

“Everyone needs to do their bit – please dispose of your waste properly.”