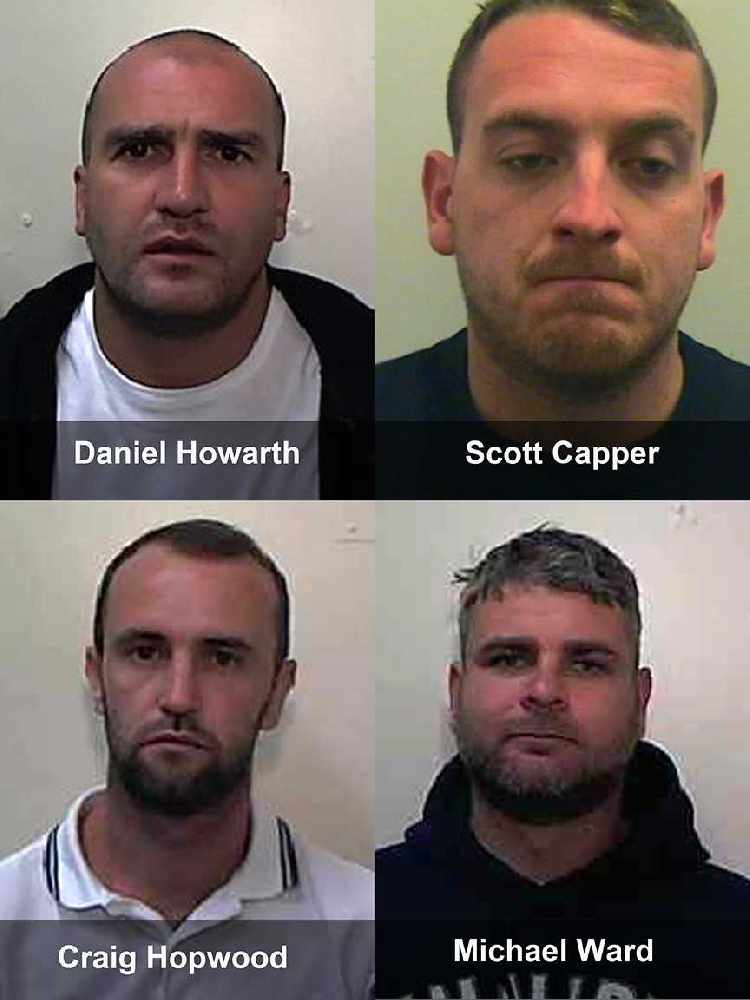 Four Oldham men have been jailed today after their aggressive behaviour caused a Manchester-Las Vegas flight to land in Canada.

As the flight took off on Saturday, March 24 2018, cabin crew noticed the rowdy stag group were drinking excessive amounts of their own duty-free alcohol, smoking e-cigarettes and disrupting their fellow passengers.

Crew warned the group numerous times and pointed out that children and families were on board but the four men continued to fight each other, throw water bottles across the cabin and have water fights.

The court also heard how Hopwood, Ward and Capper exposed themselves throughout the flight.

When cabin crew warned the group that the flight would have to be diverted if their behaviour continued, Ward replied by saying: “You can’t tell me what to do. You are lower down the food chain from me. I am a 40K a year builder. You are just an air hostess. Don’t try and tell me what to do.”

As the men carried on with aggressive behaviour, swearing and shouting at passengers, the captain made the decision to divert the flight to Winnipeg in Canada. The aircraft had to dump 10,000 gallons of fuel in order to land safely.

On arrival, the four men were arrested by the Royal Canadian Mounted Police. Today, they were all sentenced at Manchester Crown Court:

Detective Constable Brad Howarth, of GMP’s Manchester Airport team, said: “The actions of these four men were appalling. Their behaviour was intimidating and frightening, for both the passengers unfortunate enough to be sat near them, as well as the crew who made every possible attempt to reason with them as the flight continued.

“However, the group’s aggressive actions had no bounds, showing absolutely no consideration for the many children and families on board that had to endure their grossly unacceptable and offensive language and behaviour.

“The cabin crew and captain, who whilst carrying out their duties on a full aircraft, had to deal with an intimidating and disgracefully behaved group of men. Despite this, they kept the safety of their passengers at the forefront of their minds and their professionalism is commendable.

“Today, the drunken and loutish behaviour of these four men has resulted in a jail sentence; and I hope that this sends a clear message- anyone who thinks about acting the same on an aircraft will be met with the firmest police response upon their return to Manchester.”