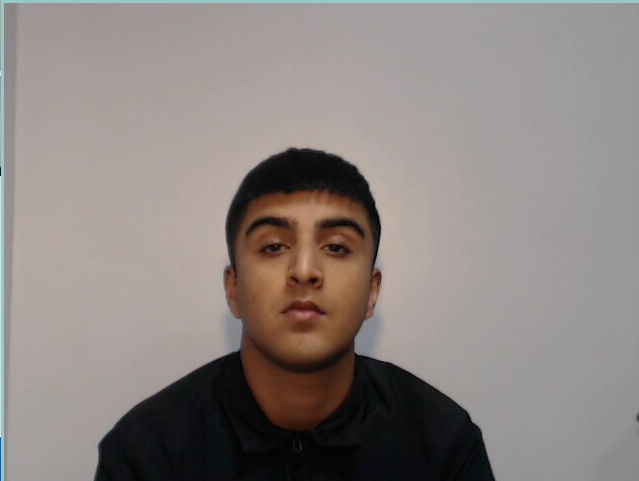 Four men from Oldham who brutally assaulted a man using an axe and a meat cleaver have been jailed for over 16 years.

Police say enquiries revealed that a few weeks prior to the assault, following a dispute over money, a number of the offenders went to the victim's house whilst he was away and threatened his family, saying that they would petrol bomb the house.

On 3 September 2019, the victim – a man in 20s - was at a friend's house. He left the house and went outside to meet his cousin who had agreed to pick him up from the address. Just as he was about to get in the car, a Nissan Micra drove towards him, stopping adjacent to his cousin's car.

Four men - Romaan Mahmood, Zidane Mahmood, Jamal Saleem and Husnain Abid – got out of the Nissan Micra and were screaming and shouting as they approached the victim.

The victim got in to the back of his cousin’s car, telling him to lock the doors and drive off, however he was unable to do so as Zidane Mahmood opened the driver’s door and took the keys from the ignition.

At the same time, Romaan Mahmood tried to open the rear passenger door, but the victim was holding it shut, so he smashed through the window using an axe. Jamal and Husnain appeared next to Romaan Mahood, helping him to force the car door open. Romaan Mahmood attempted to swing the axe at the victim, but missed.

With Romaan Mahmood still on one side of the car, Zidane Mahmood (pictured below) came round to the other side where he opened the passenger door and assaulted the victim using the meat clever. 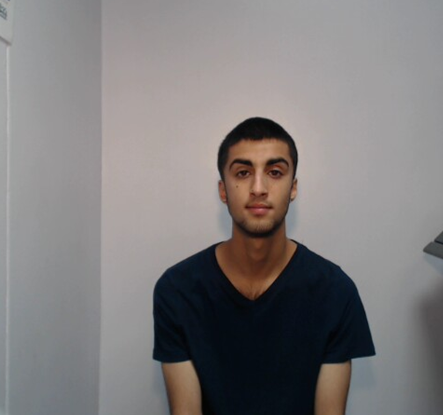 Romaan Mahmood continued to swing his axe at the victim from the other side of the car, hitting him with it on a number of occasions and spitting at him.

Both Romaan Mahmood and Zidane Mahmood threatened the victim, before the group got back in to the Nissan Micra and made off with the car keys.

When the victim’s cousin tried to ask for his car keys back, the group threatened him, telling him that if he snitched they would petrol bomb his house.

As a result of the assault, the victim sustained serious injuries to his hands and arms which required hospital treatment.

On Tuesday, all four men were sentenced at Minshull Street Crown Court.

Romaan Mahmood, 19, of Chapel Road in Oldham, pleaded guilty to Section 18 assault. He was sentenced to eight years and six months in jail.

Zidane Mahmood, 21, of Chapel Road in Oldham, pleaded guilty to Section 18 assault. He was sentenced to seven years and eight months in jail.

Husnain Abid, 26, of Chapel Road in Oldham, pleaded guilty to affray. He was sentenced to 18 months community order.

Jamaal Saleem, 20, of Napier Street East in Oldham, pleaded guilty to affray. He was sentenced to 18 months community order.

Detective Constable Tom Sutcliffe said: “This was a terrifying attack where not only was a man viciously assaulted, but serious threats were made to his family as well, leaving them fearing for their safety.

“The behaviour of these offenders was both ruthless and brutal and will absolutely not be tolerated in Greater Manchester.

“These sentences are very much deserved, and I can only hope that this period behind bars gives these men the time they need to reflect on the hurt they have caused through their violent and senseless actions.”