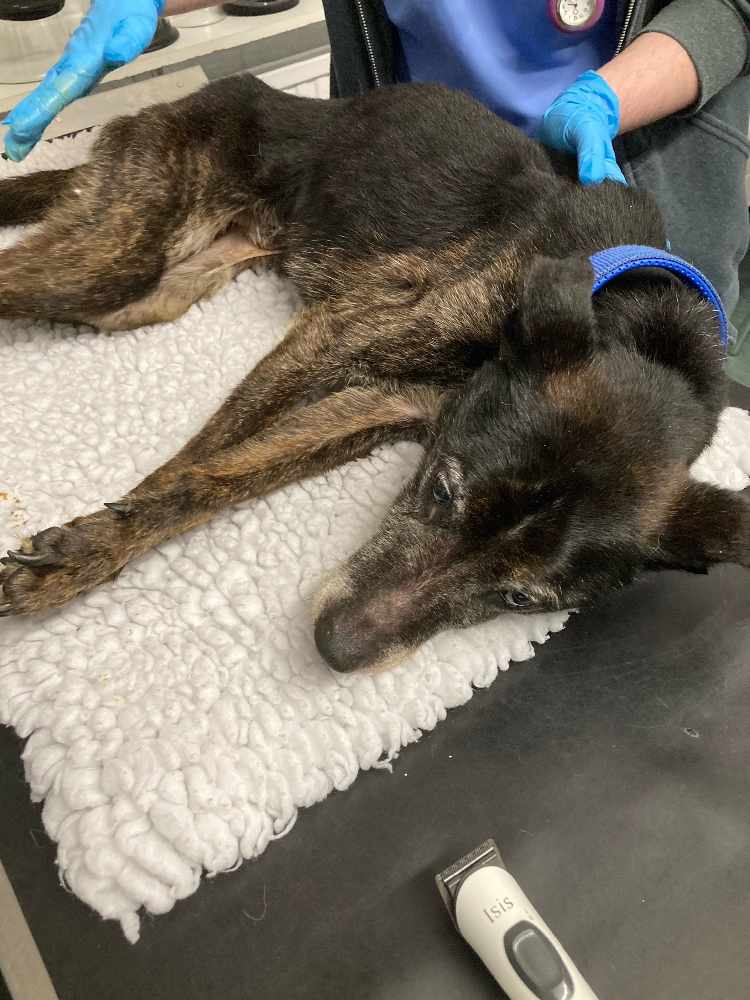 The RSPCA is investigating after an emaciated and elderly dog was dumped in the street and left to die in his hour of need.

The cross-breed male dog was found on Coalshaw Green Road, in Oldham, on Friday afternoon (29 January) by a member of the public.

He reported the matter to the RSPCA and animal rescuer Steve Wickham was sent to the scene at about 2pm, where he found the dog in a collapsed state. He could barely lift his head as he was so weak and he had clearly been neglected.

Steve rushed him to a nearby vets for emergency treatment but sadly the vet said the poor dog was too ill to be treated and sadly decided the kindest thing to do was to put him to sleep.

The dog was microchipped but the details were not registered and now Steve is appealing for information from the public to find out who owned him. 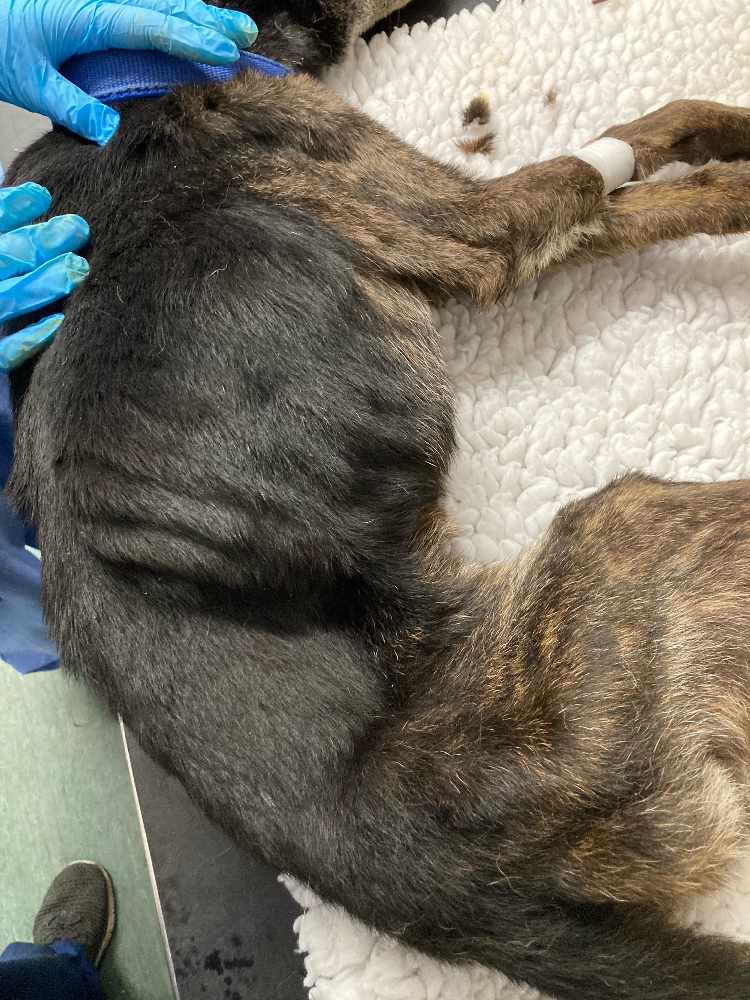 He said: “It was heart-breaking to see this elderly and clearly underweight dog left helpless in the street in his hour of need.

“I believe whoever owned the dog neglected him to such a level he was left dying and instead of seeking help they callously decided to discard him like a piece of rubbish.

“He was so weak the dog would have been unable to walk to this spot on his own so he must have been carried.

“He was so thin all his ribs were protruding and he weighed just 6kg - when the vet said his normal weight should have been around 20kg. His body was shutting down so the vet decided the kindest thing to do was to put him to sleep.

“I am keen to find the person responsible for this and hope someone may be able to tell me who owned the dog.

“I would also like to hear from anyone who may have seen something suspicious in this area around the time the dog was dumped.”