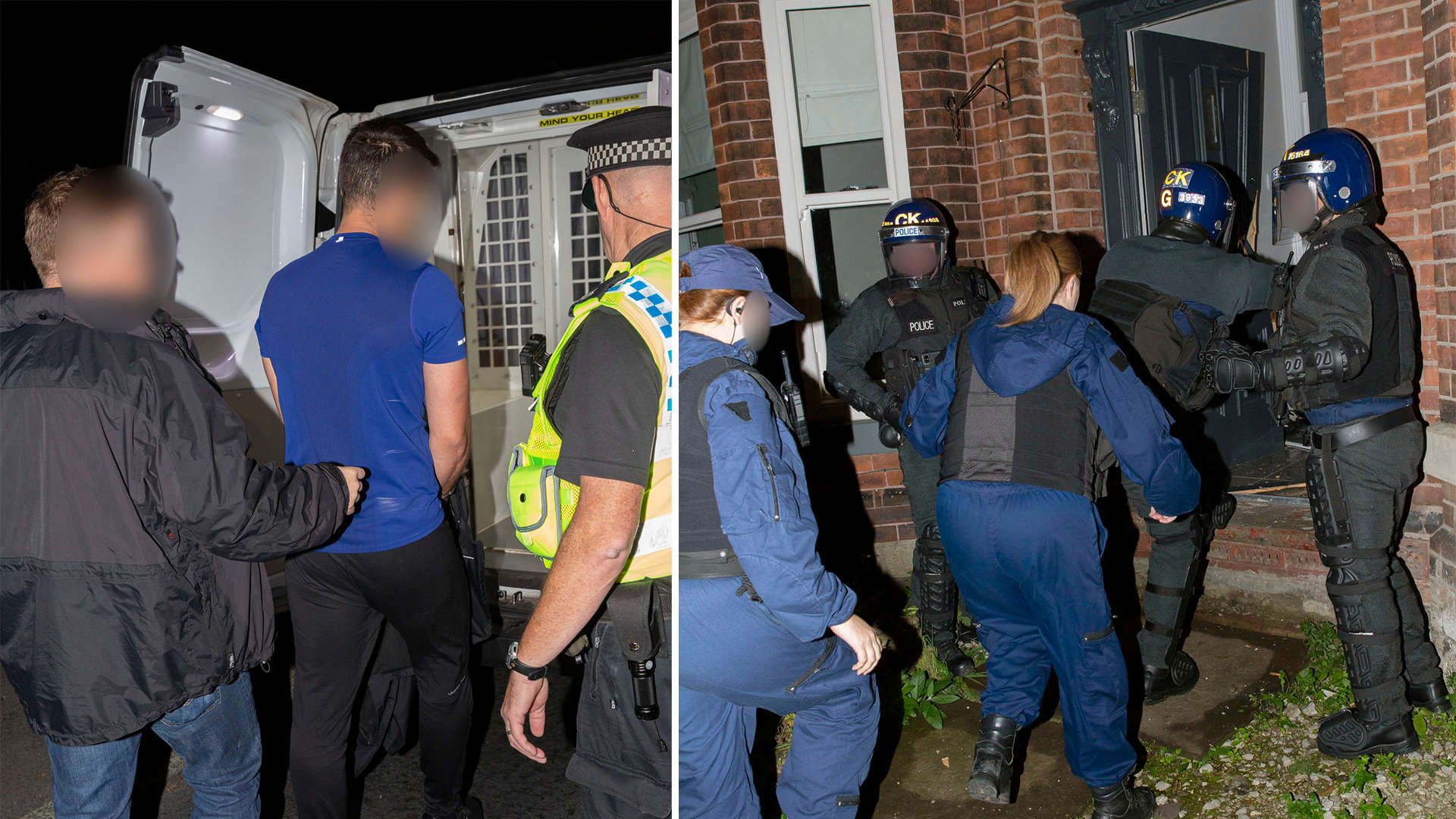 Approximately 13 kilograms of drugs were seized and three people were arrested during an early-morning drug bust.

At around 5.30am on Tuesday morning (12 October), officers from Greater Manchester Police's Oldham Challenger Team executed three warrants at addresses across Newton Heath and Failsworth.

The warrants formed part of an ongoing investigation into the supply of class A drugs across Greater Manchester, as well as the criminal use of the encrypted communications platform Encrochat, often used by organised criminal groups.

They remain in custody for questioning by detectives.

Following searches of all three properties, suspected class A and B drugs were recovered, along with over £3,000 in cash, designer clothing, jewellery, phones and vehicles.

In July 2020, GMP alongside nearly every law enforcement agency across the UK came together as part of the National Crime Agency led 'Operation Venetic', focused on the takedown of 'Encrochat' - a sophisticated encrypted communications service used by OCG's.

GMP launched a series of intricate investigations bringing together 16 teams of officers from across all 10 districts of Greater Manchester. Codenamed 'Operation Foam', GMP say the force-wide operation has been in constant action for the past 15 months.

Detective Sergeant Alex Brown, of GMP's Oldham Challenger Team, said: "Today's action is the culmination of months of intricate investigative work and is another positive result for the team in our endeavour to disrupt and dismantle the distribution and trade of drugs across our region.

"Thankfully today we have been able to remove what is suspected to be a large quantity of drugs from our community, and although we have three men in custody our searches and investigation will continue this morning and we will ensure all criminal assets are seized.

"An inordinate amount of work goes on behind the scenes to investigate the distribution of drugs and I hope today's arrests and seizures send a stark warning that GMP will do all in its power to pursue offenders and ensure no one benefits from ill-gotten gains and the sale of drugs.

"Often these investigations rely on intelligence passed to police by members of the public can often play a big part in investigations. If you have information that could aid our investigations into the trade of drugs across Greater Manchester then please get in touch with police."

Anyone with information should contact police on 101. Alternatively, details can be passed via our LiveChat function at www.gmp.police.uk or via the independent charity Crimestoppers on 0800 555 111.